In the Netherlands, preliminary hearings on the 2014 crash of Malaysian Airlines flight MH17 in eastern Ukraine in 2014 will end in May. In an interview with RIA Novosti correspondent Anastasia Ivanova, the judge of the District Court of The Hague, in charge of working with the media, Maria Knaif, spoke about what issues still need to be investigated, when it is possible to expect sentencing of the accused, and why the court cannot raise the issue of Kiev's responsibility. who did not close the sky over the zone of military conflict on the day of the tragedy.

– In May, the last block of hearings will begin during the preliminary consideration of the case on the crash of flight MH17 in eastern Ukraine. Hearings on the merits will begin in June 2021. In your opinion, is it possible to issue a final verdict on the defendants by the end of 2021? If not, when can this happen?

– The court really intends to begin consideration of the case on the merits in June, and then, presumably, in September, the relatives of the victims will be able to exercise their right to appeal to the court. If there are any changes, the court will make a decision, but for now, the trial on the merits is scheduled for June 7. Several blocks of hearings are planned for this year; they will last until 2022. Therefore, this year the court does not plan to pass sentences. For now, that's all I can say. When the court starts passing sentences, you have to wait and see, because there is still a lot of work ahead.

– Could the situation with the pandemic affect the timing of the consideration of the case on the merits?

– Despite the COVID-19 pandemic, we managed to hold hearings. We do not expect that in this regard, something will change in the near future. I understand that now there are restrictions on movement, not everyone can come to the meetings, in addition, we must all wear masks, but we have a live broadcast on our website so that people from around the world can follow the hearings online. 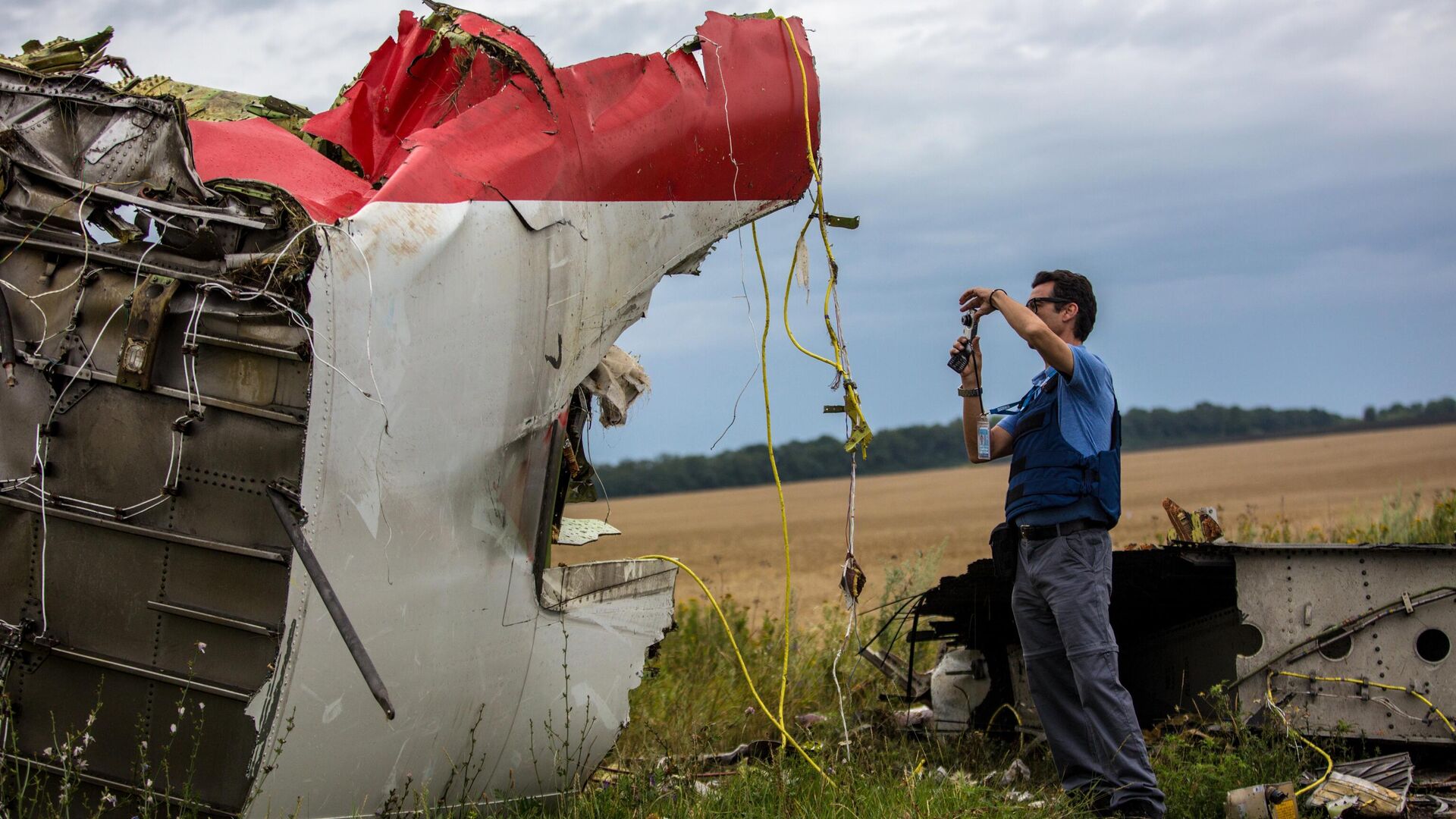 – How do you assess the work done during the preliminary hearings? Can all parties be considered to have presented comprehensive evidence and arguments?

– But what do you think, is it possible now to proceed to the consideration of the case on the merits, or is additional investigation necessary?

– In the course of previous hearings, the presiding judge Hendrik Steenhays noted that the court had repeatedly sent the United States a request for satellite images from the crash site in eastern Ukraine, but there was no response. Did the court manage to get a response from the United States? 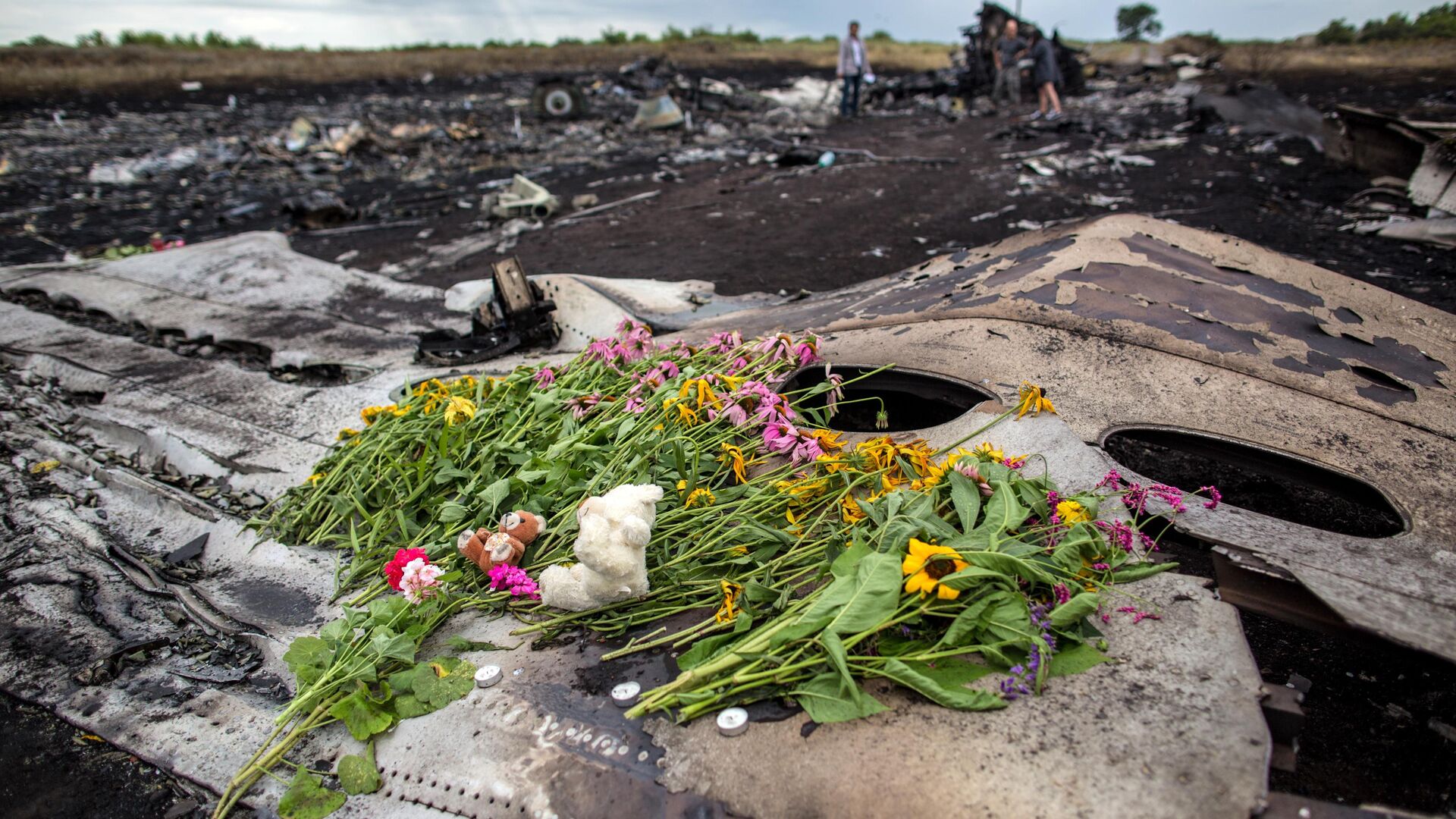 – Does this mean that the United States did not answer anything?

– An investigating judge was assigned to conduct an investigation, and as we understand, the investigation of a number of issues has not been completed. If the United States responds to our request, this will be discussed further in the course of the proceedings on the merits.

– Recently, the Dutch government announced that it does not plan to bring to justice Kiev, which did not close the airspace on the day of the MH17 crash in eastern Ukraine. This issue is also not part of this litigation. Why did the Netherlands turn a blind eye to Kiev's actions?

– It should be borne in mind that the only thing that the court must answer in this criminal case is the prosecutor's claim against the four accused, that is, whether they are responsible for what happened. And what the Dutch government plans to do or does not plan is not up to the court.

– But why was this question not even raised during this trial?

– In this trial, the question was raised before the court whether the indicated defendants were responsible for the collapse of MH17. The court was instructed to investigate precisely this issue. If we are talking about this case, any questions can be raised by the prosecutor's office. With regard to the decision of the Dutch government, this question should be addressed to him.

– Was there a request from the prosecutor's office to investigate the failure of the Ukrainian authorities to close the sky on the day of the tragedy? If not, is it likely that this issue will be addressed in the future?

– The State Attorney's Office prosecutes suspects in the commission of certain offenses: in this case, she asked to find out whether specific suspects could be held responsible for what happened. This is precisely the task now facing the court. 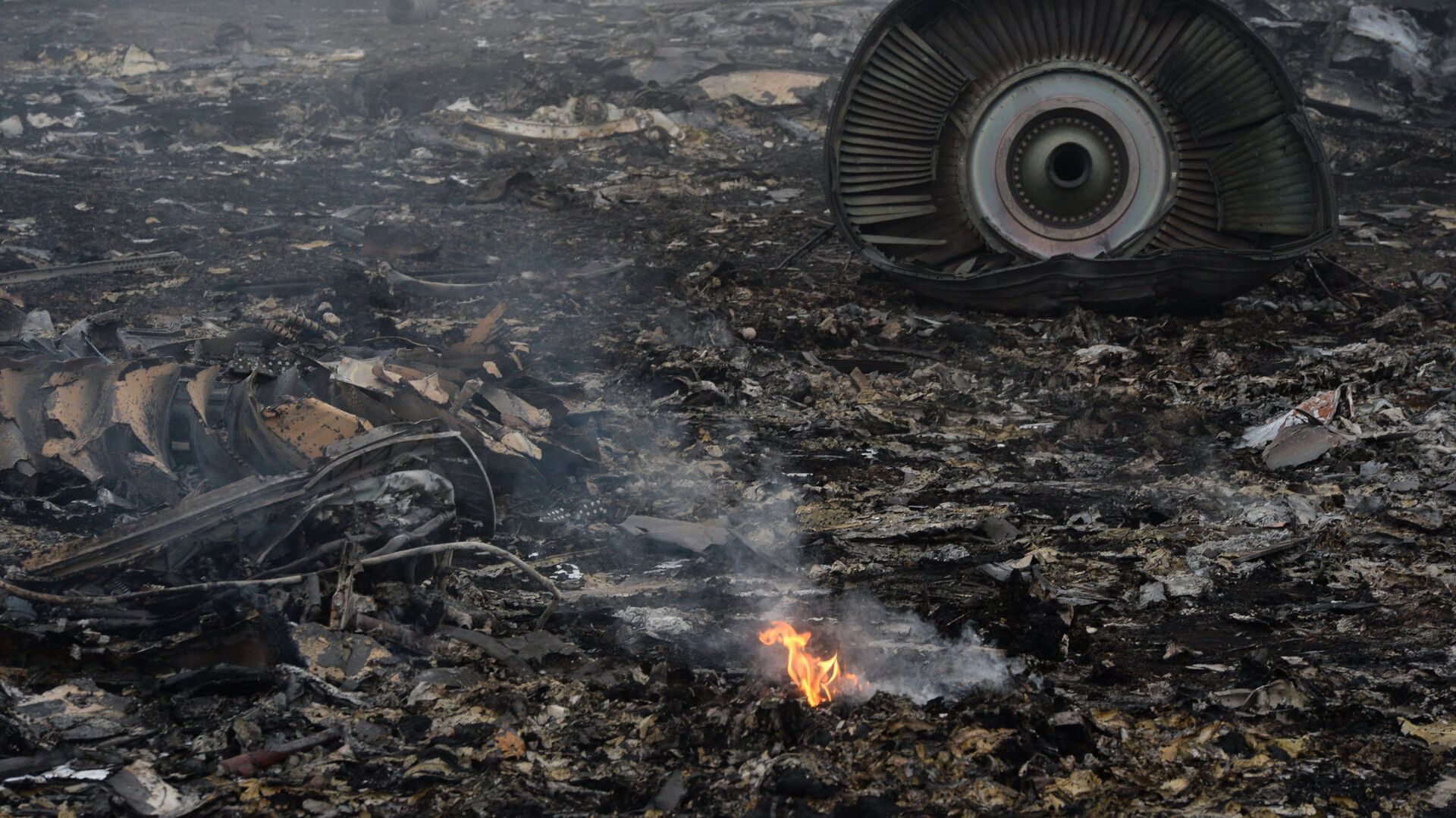 – Speaking about the four accused, it is already clear whether any of them will participate in the hearings on the merits of the case, for example, by video link?

– So far none of them has appeared, nothing has been heard about the three accused in the court. The trial is attended by lawyers for only one of the accused. It is of course possible that all four of the accused will participate, but first they will need to make a statement that they want to participate.

– In October 2020, the accused Sergei Dubinsky, through the platform for independent journalists Bonanza media, appealed to representatives of the Dutch court and prosecutor's office, declaring his readiness to undergo a lie detector test in Russia in the presence of a Dutch representative and to answer questions about the plane crash. Is the court considering this possibility?

– Does this mean that the court does not plan to send its representative to Russia to hear the position of the accused?

– This means that the accused must go to court or appear, and, of course, if they do this, the court will listen to them.

They have already received a summons, and if they answer it, the court will consider how they could make their statement.

– At a hearing in February, presiding judge Hendrik Steenhuis said that the court in the case of the crash of flight MH17 leaves the investigating judge the opportunity to decide the issue of allowing experts from the Russian defense concern Almaz-Antey to the site of the reconstruction of the Boeing crash. What decision did the investigating judge make? Will Russian experts be admitted to the reconstruction site? If not, what are the reasons?

– I cannot answer this question yet. The investigating judge carries out the investigation ordered by the court, after which he will add an opinion on this issue to the case file. 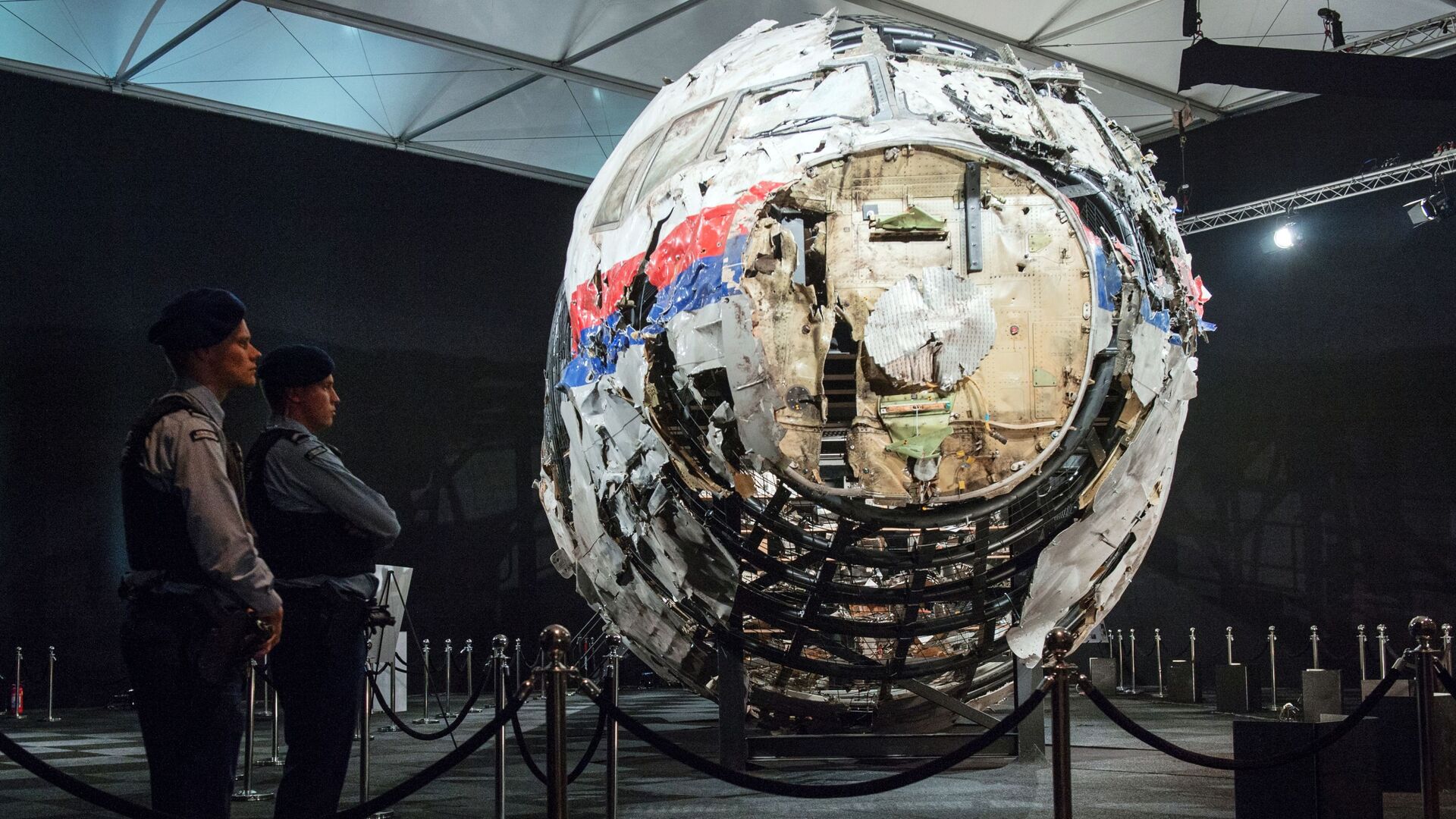 – By the way, is there now cooperation between the Dutch and Russian competent authorities in the criminal case MH17?

– I cannot answer this question, since this is not the question that the court can answer.

– How does the court assess the leakage of telephone conversations of one of the defendants in the case – Sergei Dubinsky – to the Dutch media? Do you think this is divulging judicial secrets?

– The presiding judge said that the court was responsible for the case materials and checked whether the wiretapped conversations were taken from the case materials. However, the source of these audio files remains unknown to the court. What is clear is that these conversations were not taken from the case file. The defense addressed the court with a number of inquiries on this topic, the prosecutor's office gave its answers. And the court has yet to make a decision on these requests.

– That is, you can confirm that these conversations do not appear in the materials of the criminal case, and they are not known to the court?

– Do you think this situation can affect the process?

– The participants in the process – the defense and the prosecutor's office – should express their opinion on this matter. The defense has contacted us with a request for these audio files. The court will make an appropriate decision. 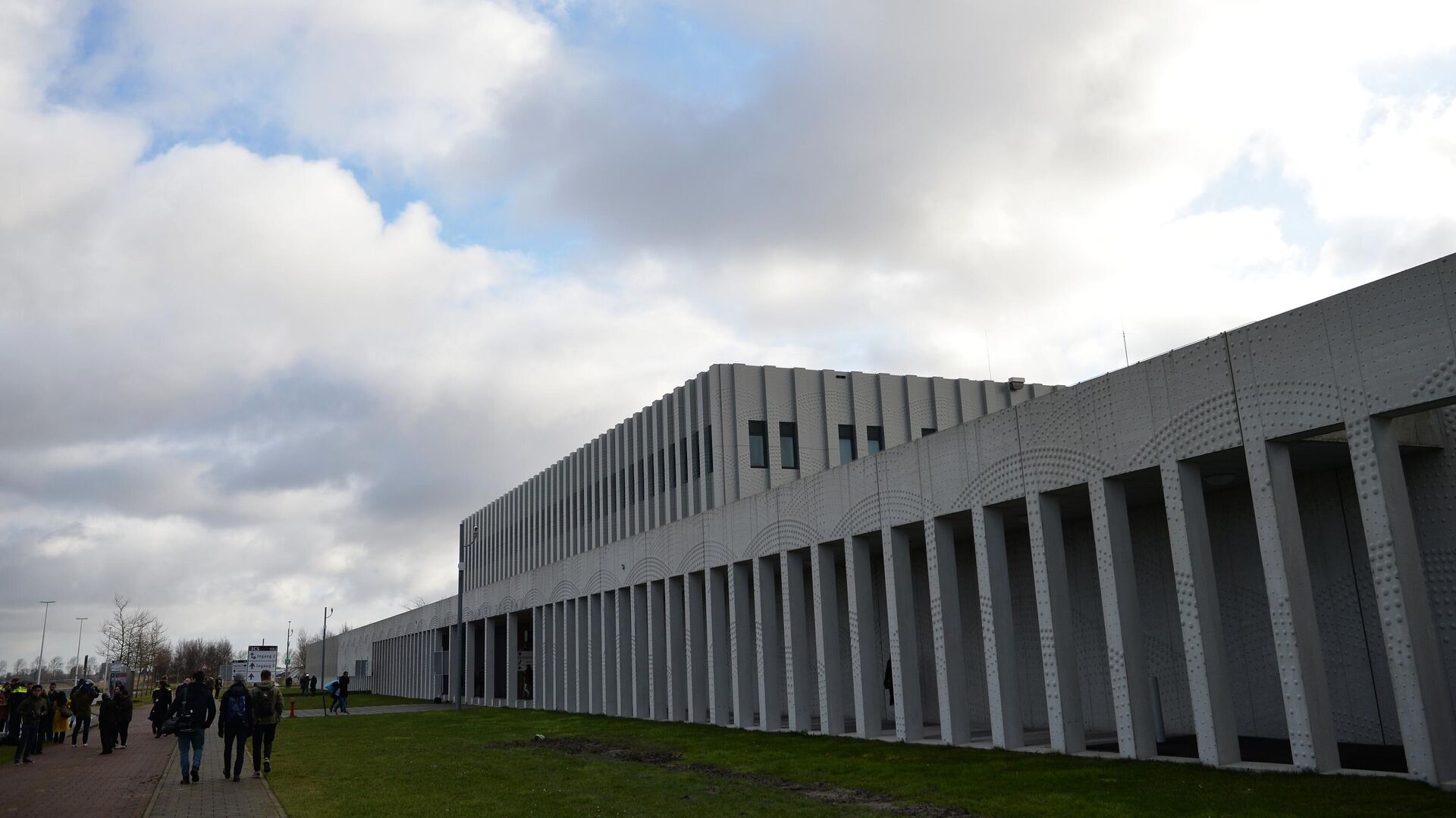