S.-PETERSBURG, April 12 – RIA Novosti. Firefighters extinguish the fire at the Nevskaya Manufactura factory in St. Petersburg from a safe distance, as the overlaps in the building have partially collapsed, said Alexei Anikin, head of the Russian Emergencies Ministry's Main Directorate for St.

“There were partial collapses of floors inside the building, so the personnel work at a safe distance. At the slightest threat to the personnel, we take people out and work from the ground,” he told reporters.

Now the K-32 helicopter is involved in extinguishing the fire, the press service of the city administration of the Ministry of Emergency Situations said.

As RIA Novosti reported in the press service of the Ministry of Emergency Situations, two firefighters were injured while extinguishing the fire, another one died. On four floors of the “Nevskaya Manufactory” factory, the ceilings and roof collapsed. The area of the fire has increased to 10 thousand square meters. 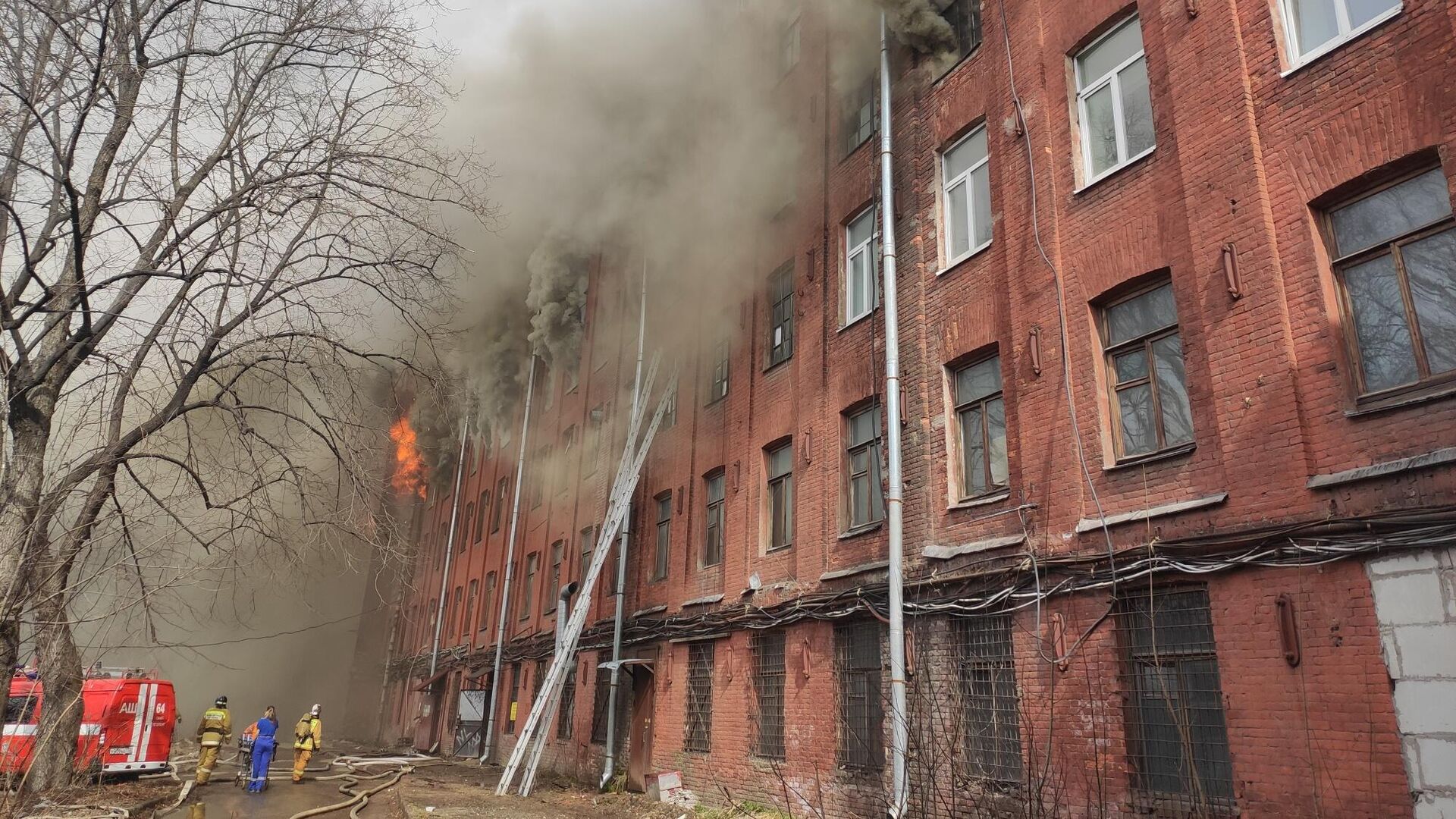