BLAGOVESCHENSK, April 10 – RIA Novosti. The fire safety check of the building of the cardiac surgery center in Blagoveshchensk, where a fire occurred on April 2, was carried out in 2015, the violations identified at that time were partially eliminated, RIA Novosti was told at the Main Directorate of the Ministry of Emergency Situations of Russia in the Amur Region.

“The last check of compliance with fire safety requirements was carried out in April 2015, a comprehensive check of all buildings located on the territory of the Amur Medical Academy (which includes a cardiac surgery center) was carried out. Four violations were identified, two of which were eliminated, they were related to the operation evacuation routes and systems for warning people about a fire, “RIA Novosti was told at the Main Directorate of the Russian Emergencies Ministry in the Amur Region.

On April 2, in the afternoon in Blagoveshchensk, the cardiac surgery clinic of the Amur State Medical Academy caught fire, the area of the fire was 1.6 thousand square meters, there were no victims as a result of the emergency. While extinguishing the fire in the building on the first floor, eight doctors operated on the patient. The operation – coronary artery bypass grafting – was completed successfully, after which the man was taken to the Amur Regional Clinical Hospital. Governor of the Amur Region Vasily Orlov presented letters of thanks to doctors and firefighters.

“The fire-prevention measures proposed after the audit in 2015 are not related to the cause of the fire. The presumptive cause of the fire is the emergency operation of electrical equipment,” the Ministry of Emergency Situations said in the region. 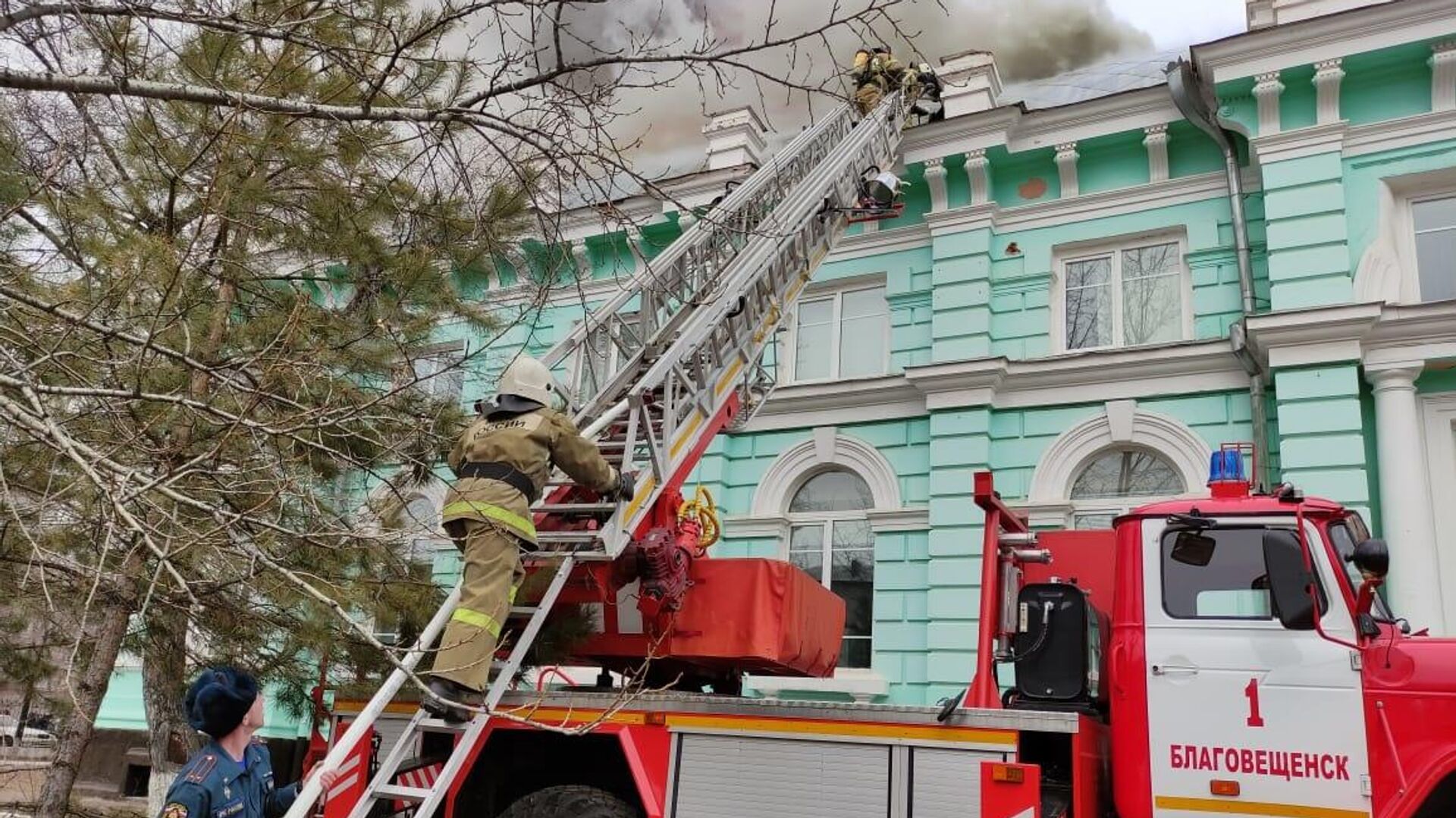