Metropolitan of Pskov and Porkhov Tikhon:

I would like to thank the viewers of the film “The Fall of an Empire. Russian Lesson” for the numerous reviews. Most importantly, the audience was genuinely interested in the topics raised in the film. There are also critical reviews. Of course, there will still be such, and in a considerable number, therefore, I consider it important to also thank both for the criticism already expressed and for the future criticism and immediately respond to the claims made.

On April 1, the resource “APN North-West” published the material of its publishing editor Yuri Nersesov “The false empire of Metropolitan Shevkunov – 1” [1] .

The author has dedicated quite a few abusive epithets to my humble person, and I see no reason to answer them. However, Mr. Nersesov dared to attack my deeply respected and beloved elder friend, the wonderful Russian writer Vladimir Alekseevich Soloukhin, with low abuse. The author calls him nothing less than “the most perfect drunkard”, “degenerate” and “old scoundrel” who in his writings “did not disdain already perfect delirium”. 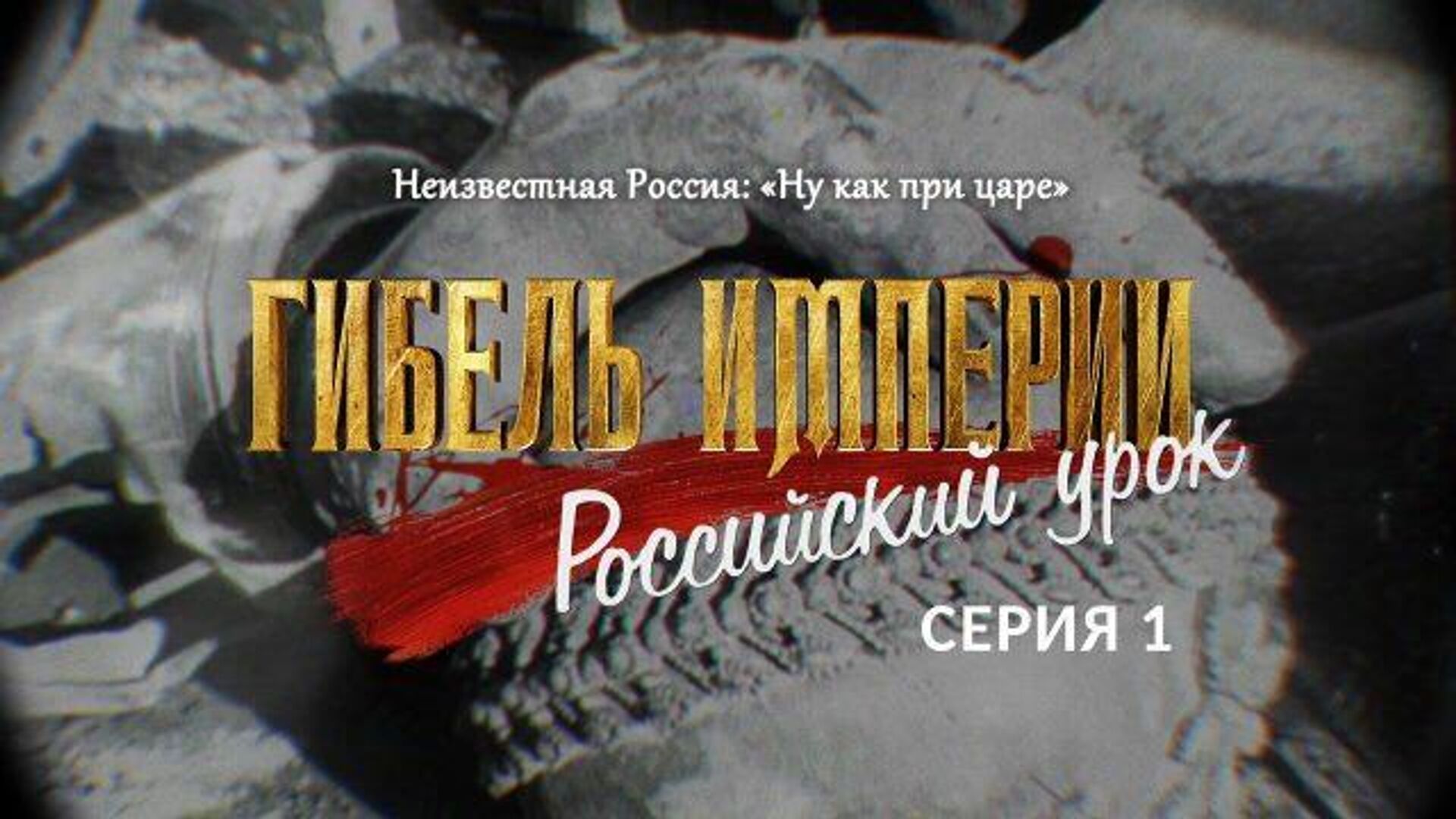 “The death of an empire. Russian lesson”

I will not read morality to Mr. Nersesov, but I am very sorry that he allows such expressions in relation to a person who is a precious asset of Russian literature. Of course, there were historical inaccuracies in Soloukhin's writings. But it would be strange for them not to appear, given that Vladimir Alekseevich, having no access to historical archives, was a kind of pioneer trying to find the very historical past of Russia.

Today, our capabilities for working with archives are many times greater than those of Vladimir Alekseevich, and therefore we can move on to the substantive part of Yu.A. Nersesov.

Mr. Nersesov, on the whole, without questioning the success of the Russian Empire in agriculture, speaks critically about some of the indicators given in the film. That is how he calls it a false statement that in 1913 the grain harvest in Russia was one-third more than the harvests in the United States, Canada and Argentina combined.

Nersesov writes: “According to the“ Collection of statistical and economic information on agriculture of Russia and foreign countries ”published on the eve of the revolution, our country in 1913 collected 5,356,117 million poods of grain, and the USA, Canada and Argentina 7,923,529 million poods This is not less, but, on the contrary, 1.5 times more than ours. Moreover, the United States, with a harvest of 6 352 652 million poods, surpassed Russia even alone. “

Here we will not even argue, but simply explain. The main cereals cultivated in Russia at that time were wheat, rye, barley and oats. It is these traditional cultures for our country that we compare the harvests of countries in the film. Summing up the collections of these four main agricultural crops [2] , we get 11 689.342 million poods from Russia. The USA, Argentina and Canada have a total of 8119.795 million. That is, the gross harvest in the Russian Empire for these crops is indeed almost 1.5 times higher than that of the three American countries combined. As stated in the film.

Even if we add buckwheat harvests in all countries, then in this case it turns out that Russia is one and a half times ahead of American countries. But buckwheat is predominantly a Russian culture and is not widespread in other countries. Therefore, we did not count it. 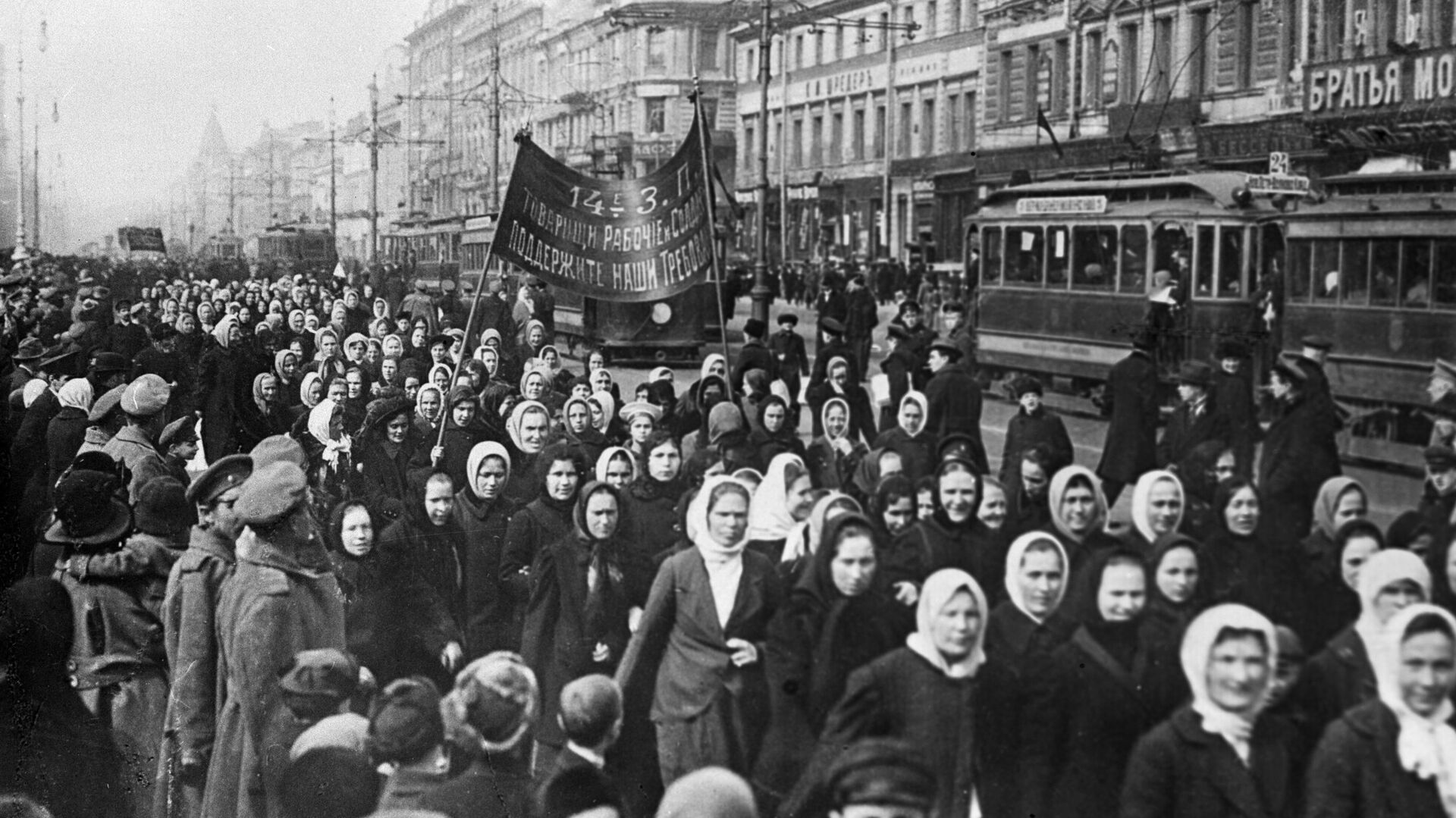 But the discrepancy with the data given by Mr. Nersesov is explained precisely by the fact that, counting the total harvest, he also included corn in the calculation . And this was a new and relatively little used grain crop for Russia at that time. It appeared in our country only with the annexation of Bessarabia. And the real development was received, as you know, only under N.S. Khrushchev. While for America, corn is essentially a primordial, traditional grain crop, the harvests of which on this continent are simply enormous. Of course, many other grains, from sorghum to quinoa, can be included in the comparative list if desired. And then Russia's lag will be even more striking.

Yu.A. Nersesov disputes the position asserted in the film about the priority of several Russian inventions, arguing that “ours were not the first.” So, he casts doubt that the machine gun was invented by Vladimir Fedorov, the spacesuit – Karl Gausen, and the parachute – Gleb Kotelnikov.

Let's start with the machine. Yu.A. Nersesov claims that the machine was invented by Hiram Maxim. However, Kh. Maxim still invented not a machine gun, but a machine gun, while the term “machine gun” was first used in relation to an automatic rifle, created by the Russian engineer Vladimir Fedorov. Moreover, Fedorov was the author of the first theoretical work “Automatic weapons” (1907) with the appendix of the “Atlas of drawings for automatic weapons”, which for a long time remained the only research in this area.

Now about the spacesuit. If you set yourself the goal of finding foreign priority in this invention, you can, of course, reach Leonardo da Vinci. But is it necessary? The very name “spacesuit” comes from the French word proposed in 1775 by the abbot-mathematician Jean-Baptiste de La Chapelle. We do not pretend to be the term itself. But we affirm that Russia was already a “diving” country by the beginning of the 19th century. Back in 1763, in St. Petersburg, the first rules of the diving service were issued “News of the order that must be observed when diving and pulling goods out of the water.” 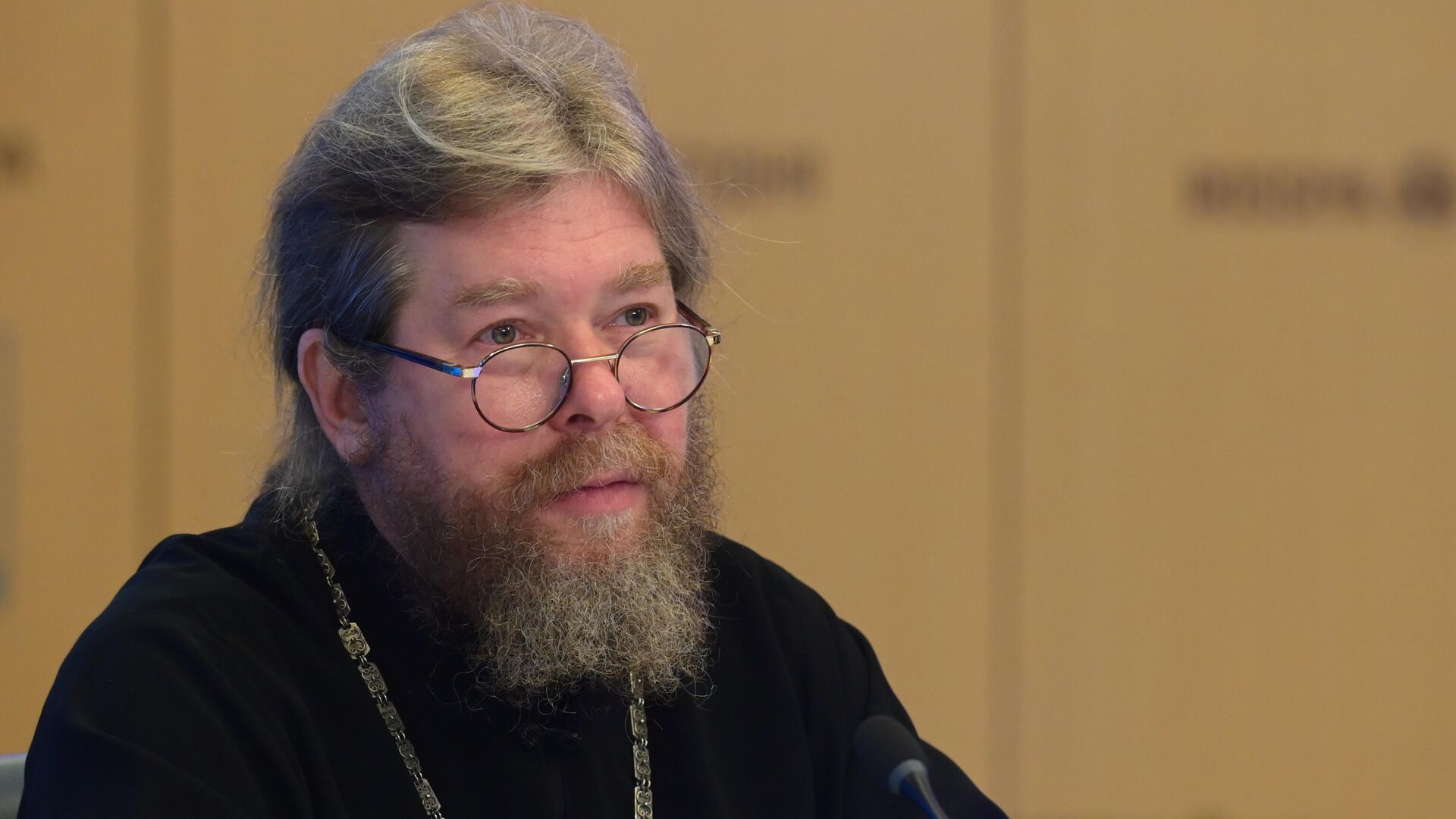 We also affirm that Russian inventors have made a significant contribution to the development of a diving suit. Thus, the improved diving suit of the Russian Kronstadt mechanic Karl Gausen (1829) found application in the Russian Navy. The real revolution in the development of a diving suit was made by the Russian inventor Alexander Lodygin. In 1871, he designed a self-contained diving suit that used gas mixtures of oxygen and hydrogen. Lodygin's invention marked the beginning of a new era of autonomous diving suits, with the help of which it was possible not only to dive under the water in any position, but also to move there.

With a parachute, a similar story. Yu.A. For some reason, Nersesov diligently proves that Gleb Kotelnikov was not the inventor of the parachute. However, all modern models of parachutes are created according to the basic scheme of the invention of Kotelnikov. It was he who made the parachute autonomous and, as far as possible, safe. He received a patent for an invention in France in 1912.

Yu.A. Nersesov stubbornly argues with his own thesis that the film says that Russia had the best air force in the First World War: air force ””.

And indeed it is. At the outbreak of World War I, the Imperial Air Force was the largest in the world with 263 airplanes. The film talks about the number of aircraft in our air fleet by the beginning of the war, and the topic of quality was not discussed at all.

A special question is the calculation of the literate population of the RSFSR by 1920. Based on the brochure “Literacy in Russia” of the Department of Public Education Statistics of the Central Statistical Office of the RSFSR [3] , Yu.A. Nersesov casts doubt on the figure voiced in the film in 83% of literate teenage children aged 12 to 16 years.

We are talking about the publication of the results of the All-Russian statistical census of the population, conducted in 1920. The civil war continued in the country, and because of this, the census covered only 72 percent of the inhabitants of Russia. Therefore, the census results were only approximate.

And here I have to agree with the author. Indeed, the data from this publication on page 55 [4] show that literacy among children and adolescents aged 12 to 16 was 63.63%.

Literacy among children and adolescents according to the results of the All-Russian statistical census of the population, conducted in 1920

However, it is very interesting to consider refinement of these data. So, in the European part of the country, according to this publication, the percentage of literate children 12-16 years of both sexes was significantly higher than 83%. In the Petrograd region (not in Petrograd, but in the region) – 93.4%, in the Moscow region – 86.1%, in the Yaroslavl region – 89.5% [5] . 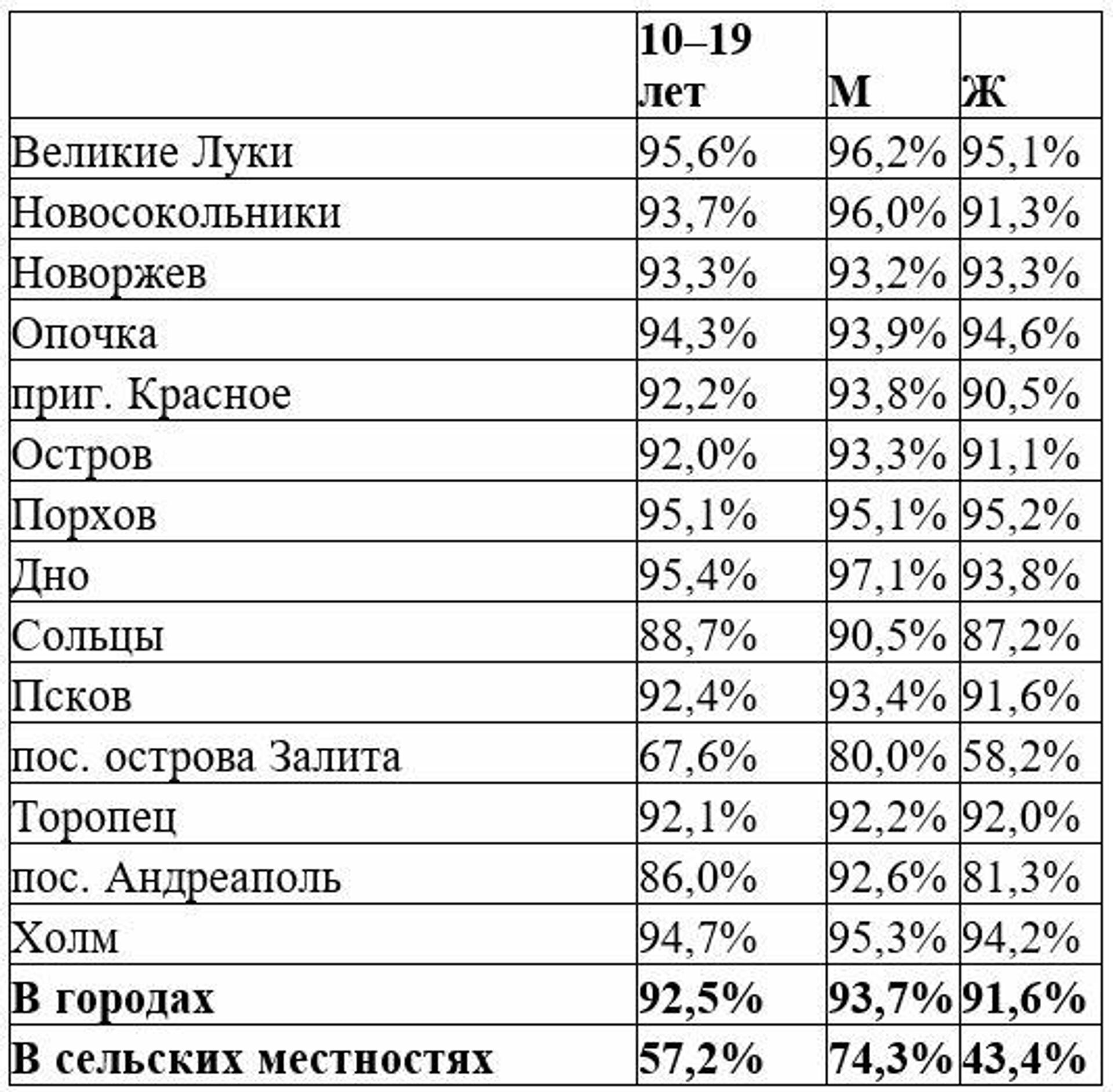 Literacy among the population of the Pskov region according to the results of the All-Russian statistical census of the population, conducted in 1920

Thus, the statistics in cities and in the Central region of the country are not only not lower than the percentages stated in the film, but also exceed them. In rural areas, however, literacy was obviously lower.

The indicators achieved by 1920 cannot be attributed to the successes of the Soviet educational program, since the Decree on it was issued on December 26, 1919 [7] . 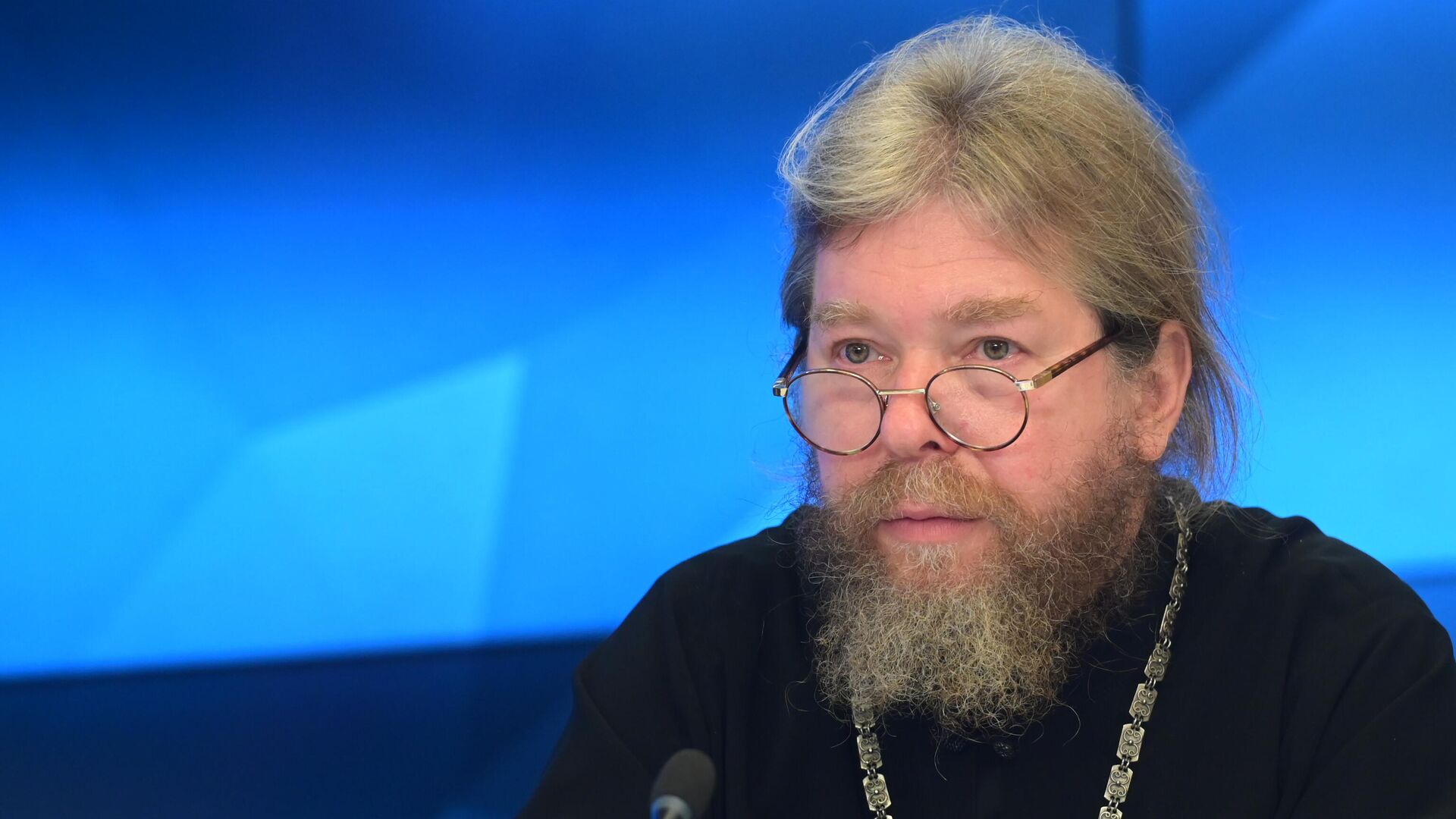 Another material published in LiveJournal attracted attention [14] . It seemed to the author of the article that the film allegedly somehow belittles the feat of the Soviet people and the Red Army during the Great Patriotic War. Exactly – it seemed , because I can't even admit such a thought.

The author of the publication, discussing with the film “The Fall of the Empire. Russian Lesson” , claims that there were officially barriers in the Russian Imperial Army. What was the actual situation? If deserters were shot on the battlefield, it was only on the personal initiative of individual military leaders. For example, such orders were given by General Brusilov. But nothing like the order No. 227 of the USSR People's Commissar of Defense of July 28, 1942, entitled “Not a step back!” and defining the order of actions of the detachments, in general, the Russian army of 1914-1917 has never been. The commander-in-chief, Emperor Nikolai Alexandrovich, was a consistent opponent of the introduction of such special units.

The detachments were used by the armies of allied and adversary countries. Obstacle detachments were actively used in the French army. Numerous archival, literary and even photographic sources tell us that at Verdun, French sergeants and officers followed the advancing units from behind and mercilessly shot the fleeing soldiers.

In other comments, the author of the film is blamed for the inaccuracy of information about the life of the Petrograd working family of A.N. Kosygin before the revolution. I refer the doubters to the wonderful book by Viktor Ivanovich Andriyanov, published in 2004 in the ZhZL series [15] .

The real annoying oversight occurred in the text of the 12th episode, which was noticed by one of my friends and for which I especially ask the audience for forgiveness. Boris Kustodiev's painting “Entry. 1905. Moscow” I mistakenly called “Revolution”. Boris Mikhailovich Kustodiev, being a great artist, displayed the symbolic image of the revolution in the way that his inspiration and talent suggested to him. At the same time, he was at first an enchanted sympathizer of the revolutionary movement. And only in the future he, like many, was disappointed.

Now, including at the request of the audience, a book is being prepared on the text of the film with additions and improvements. The book will contain all the sources used, which, for obvious reasons, could not be done in a television format. Once again, I would like to thank the viewers for sending critical reviews. Your thoughts will help in correcting factual errors for the upcoming book.

[3] Literacy in Russia. Department of Public Education Statistics of the Central Statistical Office of the RSFSR. Moscow, 1922 //

[4] Absolute values by age of the literate and illiterate population (civilian and military personnel of the Army and Navy) // Literacy in Russia. P. 55 //

[7] Decree of the Council of People's Commissars on the elimination of illiteracy among the population of the RSFSR of December 26, 1919 //

[10] The number of students in secondary schools, special secondary and higher educational institutions (at the beginning of the academic year) // P. 221 //

[11] The number of students by type of education (at the beginning of the academic year; thousand people) // National Economy of the USSR in 1960 (Statistical Yearbook). Part 1. Science and culture //