MOSCOW, April 9 – RIA Novosti, Galiya Ibragimova. In Ukraine, a sharp jump in the incidence of coronavirus. Every day there are more than ten thousand new cases, although the country went through the first wave of the pandemic relatively calmly. In Kiev, the situation is critical. Hospitals cannot cope with the flow of patients, vaccinations are slow. The city authorities have introduced a strict lockdown. But the Russian drug is still banned.

On the subway with a pass

“Mortality – up to forty people a day. People do not hear calls to stay at home and wear masks. Kiev introduces stricter restrictions. We have no other choice. Otherwise, there will be hundreds of deaths a day and the collapse of medicine!” – the mayor of Kiev, Vitali Klitschko, addressed the residents of the Ukrainian capital.

Since the beginning of March, the mayor's Telegram channel has been reminiscent of military reports. Klitschko regularly reports on the situation with the pandemic in Kiev and sounds the alarm: “We must save the health and lives of people!” During the entire period of the pandemic, there were not so many infected in hospitals. There are especially many who are in serious condition and need oxygen support.

The city authorities introduced strict restrictions gradually. In March, cafes and restaurants were closed, food was sold to take away. Schoolchildren and students were sent to a remote location. And about cinemas, museums, shopping centers and fitness clubs have long been forgotten. But the coronavirus is not retreating. 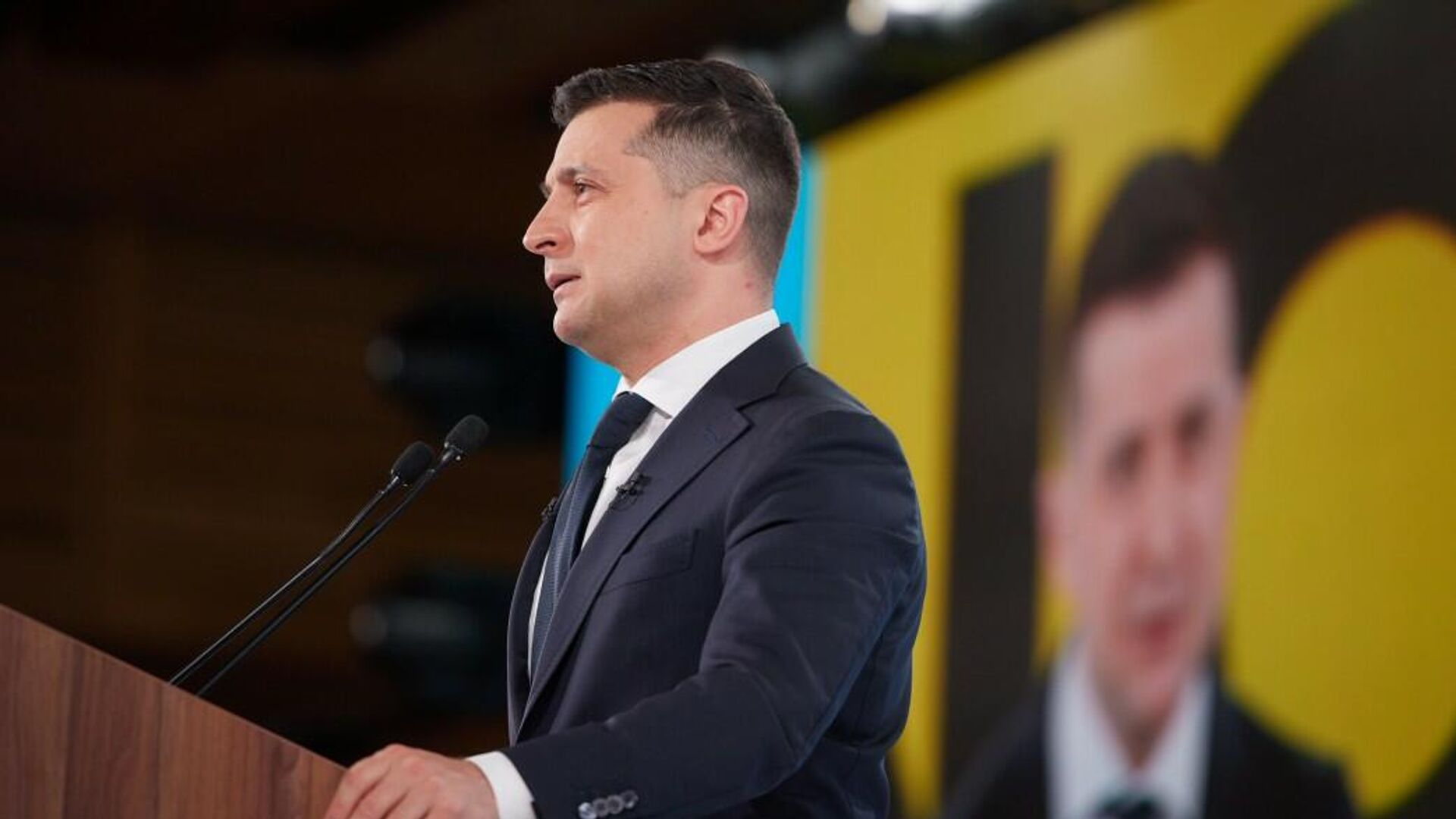 From the 5th of April in Kiev lockdown. Metro and buses – with passes. They are issued by the capital's mayor's office, but with the proviso: “the priority is given to employees of critical infrastructure.” That is, doctors, rescuers, the military, employees of the communal, transport and trade spheres.

“But the mayor's office did not manage to issue passes for all requests, and queues formed near the entrances to some stations. Taxi drivers increased prices three to four times! There are traffic jams on the roads,” says a resident of the Ukrainian capital, Oleksiy Malyar.

“This has not happened before. The city has completely switched to online mode. Transport – by digital passes, trade – via the Internet. And everything would be fine, but the influx of Internet users cannot be coped with. The authorities did not foresee the consequences. The only available entertainment is going to grocery store “, – Galina Boyko from Kiev is indignant.

“Even last year, there were no such tough measures,” recalls Lina Galayenko, also a Kievite. “In early March, it became obvious: a lockdown is inevitable. In order not to be within four walls, I decided to wait out the quarantine in Turkey, but there are also strict restrictions.”

The office of President Volodymyr Zelenskyy reacted to the confusion with passes. They called on the city authorities to fix problems with the printing of passes and to ensure the normal operation of buses and trolley buses. 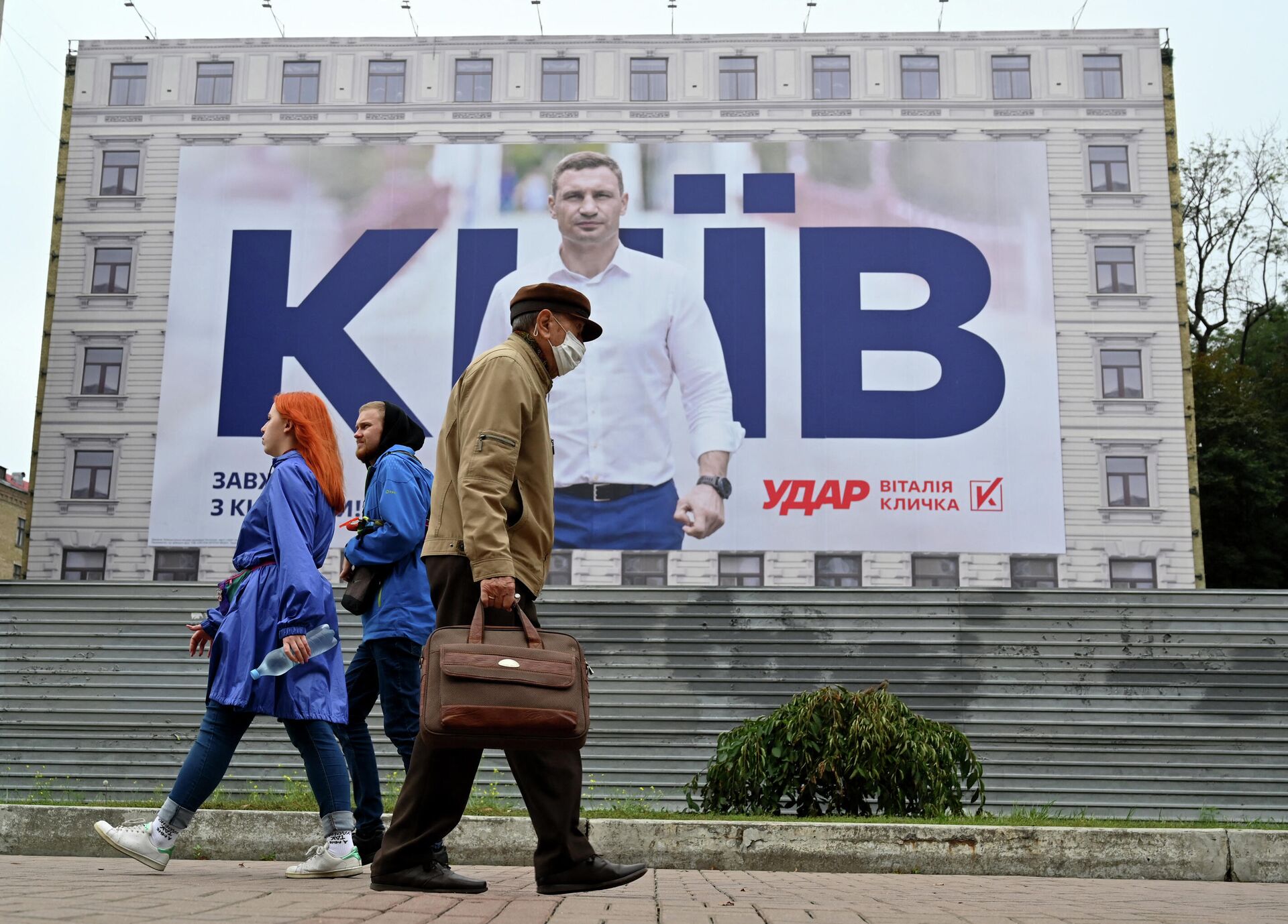 The main question that worries many people in Kiev is when the mass vaccination will begin. Formally, it started in early March, but in fact, just over 300 thousand people received vaccinations throughout the republic – less than one percent. For 45 million Ukraine, the pace is disastrous.

The authorities have promised to launch a vaccination campaign in the winter. Under the COVAX program – specially developed by WHO for poor countries – Ukraine relied on the supply of the Anglo-Swedish vaccine AstraZeneca. But the injection is barely enough for the Europeans themselves. In developing countries, including Ukraine, the imported drug is supplied in limited quantities.

The head of the political council of the Opposition Platform – For Life party, Viktor Medvedchuk, suggested asking Moscow for help. If the Russian authorities agree to deliver Sputnik V to Ukraine, those who wish could graft on it. But the president and the government were strongly opposed.

“There is no official information that Sputnik V gives an effect of 90-91 percent. There is no confirmation of this either from WHO or leading experts. Citizens of Ukraine are people, not rabbits. And we have no right to experiment on them,” said Zelensky.

The Verkhovna Rada in hot pursuit adopted a law prohibiting vaccination with Russian drugs. The parliamentarians explained: “It is unacceptable to inoculate Ukrainians with an injection of an aggressor state.” 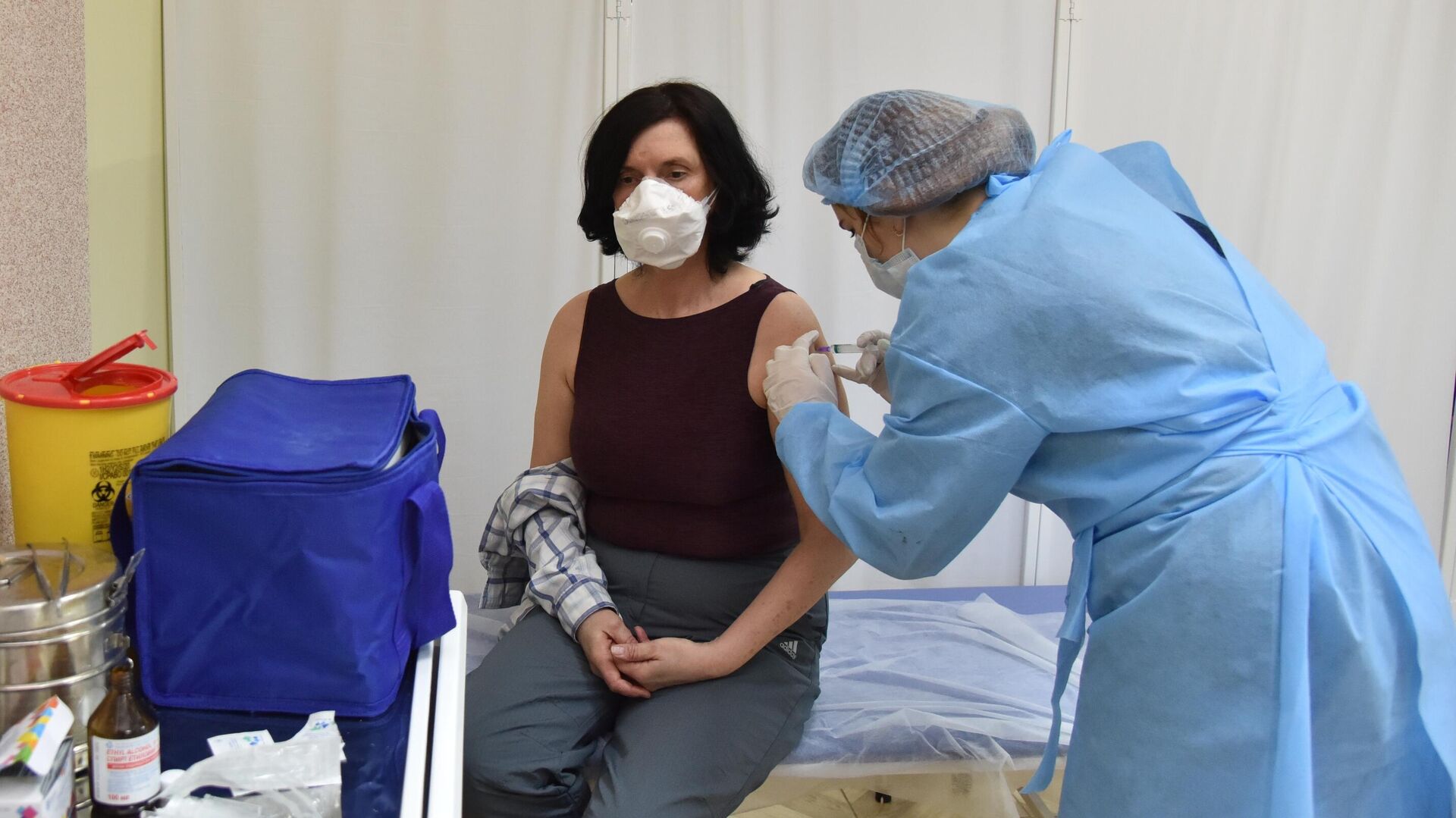 Health in the background

When it became clear that the supply of vaccines from the EU was being delayed, Kiev reoriented to CoviShield. The drug is produced in India using the same technology as the Anglo-Swedish AstraZeneca. Manufacturing companies assure high efficiency, but note: the vaccine protects against coronavirus by 60 percent.

“At first, the people of Kiev were outraged and criticized the authorities for not getting the AstraZeneca supplies. However, it’s all in vain. Now, when the lockdown was announced, people agree to the Indian drug. But you cannot just go to the clinic and get vaccinated. “, – says Galina Boyko.

According to the Kiev woman, there are many people in the city who want to be vaccinated with Sputnik V, but it is dangerous to talk about it openly. “On the Internet, in advertising newspapers, there are advertisements for vaccinations. Private clinics offer any injection for money. Pfizer and AstraZeneca will cost from five hundred to a thousand dollars. The Russian Sputnik V and Chinese vaccines will be injected for 750 hryvnias (more than two thousand rubles),” explains Boyko. 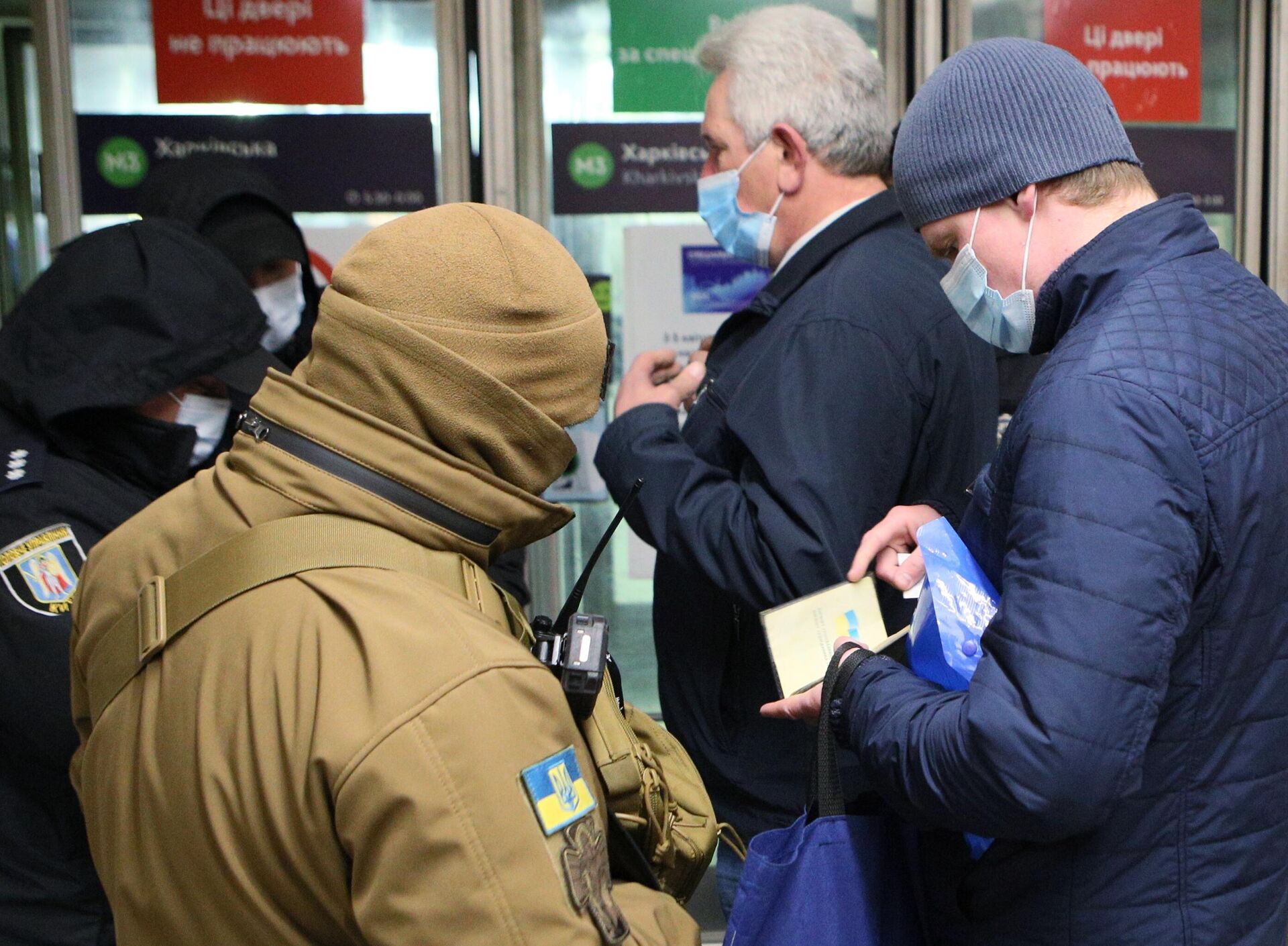 Alexey Malyar connects the slow pace of vaccination in Kiev with people's distrust of the authorities and the healthcare system. “The pandemic showed that neither the government nor the medical staff coped with the disease,” he emphasizes. “And even when in many countries additional premises were converted into covid hospitals and were preparing for the second wave, the Ukrainian authorities were inactive. …

Residents of Kiev admit that there are enough people who want to be vaccinated with “Sputnik V”. At the same time, they note: if he nevertheless goes to Ukraine, then a scandal is inevitable. “It's a shame that the authorities have politicized the vaccine and do not accept any arguments that Moscow can produce a high-quality drug. The absurdity of the discussion goes off scale, and the health of Ukrainians fades into the background,” says Lina Galayenko.

Vitali Klitschko promises that after April 16, tough restrictions in Kiev will begin to be lifted. But the residents of the capital do not believe. On the contrary, they are preparing to tighten the lockdown, right up to the introduction of a curfew. At the same time, they hope that at least the Indian vaccine will be available to everyone. 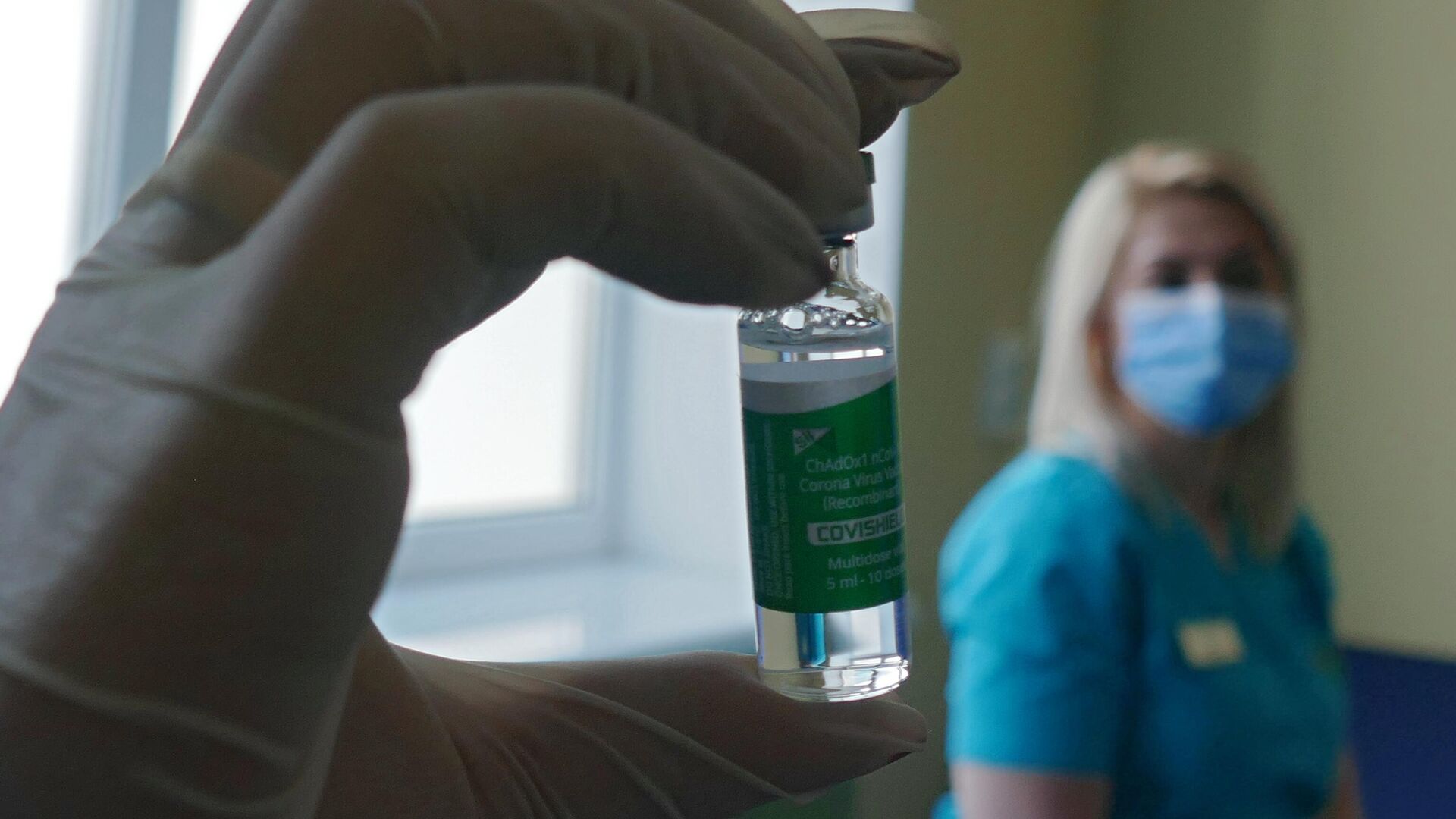