MADRID, April 7 – RIA Novosti. During a rally of the Spanish far-right VOX party in the Vallecas district of Madrid , clashes broke out between the police and the left, protesting against the ultra-right rally, there are detainees and wounded.

VOX has decided to stage a campaign to launch an early election campaign in the Community of Madrid on 4 May in the traditionally left-wing Puente de Vallecas metropolitan area. Local residents considered the appearance of the extreme right here a provocation and went to their protest action.

In the last election, 5% of voters voted for VOX in Vallecas, while the left parties gained 77%. The place of the action was the Constitution Square, which is popularly called the Red Square.

After the start of the VOX rally, the leftists, including many representatives of anti-fascist organizations, began to throw stones and bottles at the police cordon set up around the perimeter of the extreme right rally. The police used batons.

Radical groups are also building dumpster barricades to block nearby streets. There are detainees and wounded.

“This is a provocation. The last time the extreme right held their action in this area 40 years ago and there was one victim, Victor Cuervo. For VOX, this is an advertisement, but we must make it clear that we do not need them,” RIA Novosti said before the start of the action a local named Anton.

“Since the establishment of democracy in Spain , the right has never won here. We are a working-class area and we do not like the fact that fascists come here,” said a local resident named Chelo. She is wearing purple clothes – a symbol of feminism. She believes that VOX is trying to “return the country to the Middle Ages” with its ideas about women and men and even “denies that there is violence against women.”

The VOX rally is attended by its leader Santiago Abascal and the candidate for the post of Prime Minister of Madrid from this party, Rocio Monasterio. 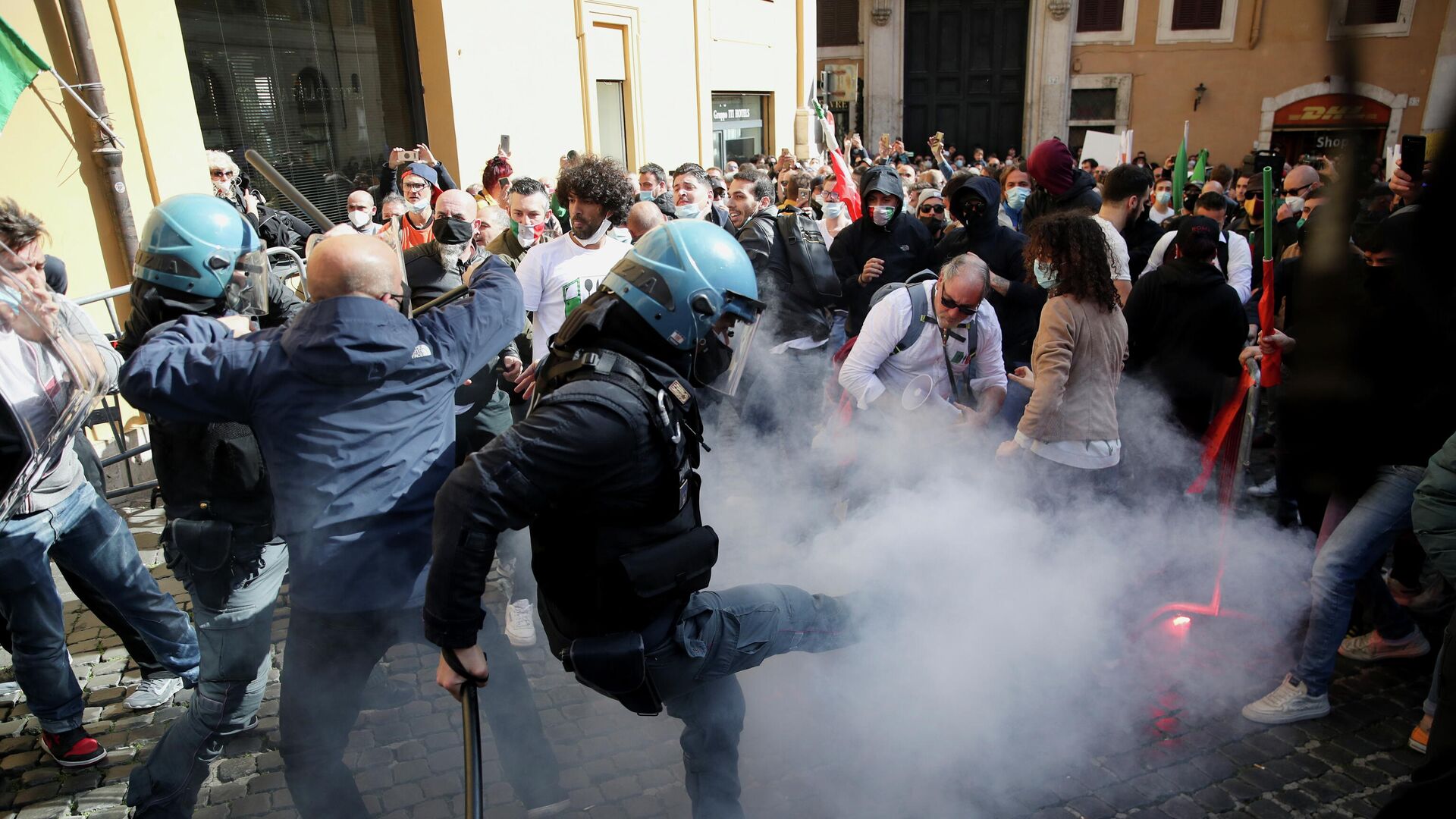