Olympism is a philosophy of life that uplifts and integrates the virtues of body, will and mind into a balanced whole. Combining sport with culture and education, Olympism seeks to create a way of life based on the joy of effort, the nurturing value of good example, social responsibility and respect for universal basic ethical principles. The aim of Olympism is to place sport at the service of the harmonious development of humankind, contributing to the creation of a peaceful society that cares about the preservation of human dignity.

The Olympic Movement is a coordinated, organized, universal and ongoing activity of all individuals and organizations inspired by the values of Olympism, carried out under the leadership of the International Olympic Committee (IOC). This activity covers five continents. Its pinnacle is the unification of athletes from all over the world at a big sports event – the Olympic Games.

The concept of modern Olympism belongs to Pierre de Coubertin, on whose initiative the International Athletic Congress was held in Paris in June 1894. On June 23, 1894, the International Olympic Committee (IOC) was established.

From 6 to 15 April 1896, the first Olympic Games (Games of the Olympiad) were held in Athens (Greece). Since then, the Olympic movement has continued to grow.

The International Olympic Committee is responsible for the dissemination of Olympism and the leadership of the Olympic Movement. The IOC is led by the President and is currently held by Thomas Bach.

The founding principles of Olympism are contained in the Olympic Charter. It regulates the organization, events and activities of the Olympic Movement and determines the conditions for the Olympic Games.

The three main constituents of the Olympic movement are: the International Olympic Committee (IOC), International Sports Federations (IFs) and National Olympic Committees (NOCs). It also includes the Organizing Committees of the Olympic Games (OCOG), national associations, clubs and individuals who are members of the IFs and NOCs, in particular athletes whose interests are at the core of the activities of the Olympic Movement, referees, referees, coaches and other sports officials and technicians; and other organizations and institutions recognized by the IOC.

The visual ambassador of Olympism for billions of people is the Olympic symbol.

The motto of the Olympic Movement is Citius, Altius, Fortius (“Faster, Higher, Stronger”).

Three Latin words were adopted as an Olympic motto in 1894, during the creation of the IOC. Pierre de Coubertin borrowed it from his friend Henri Didon, a Dominican priest and supporter of sports.

Since 1920, the Olympic flag has been raised at all Olympic Games – a white cloth with Olympic rings.

Since 1968, the organizers of the Olympic Games have used the Olympic mascot for promotional and commercial purposes. 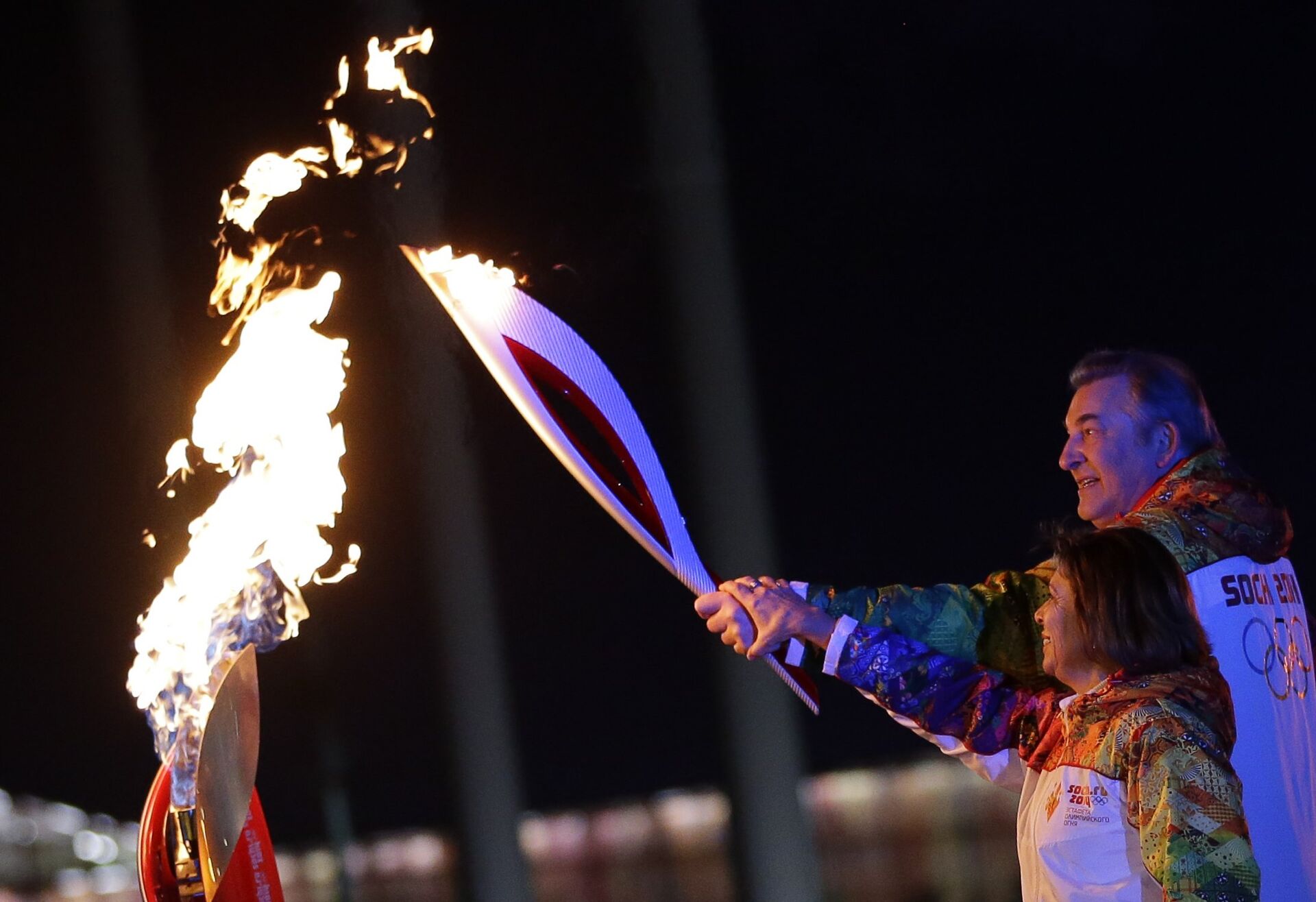 In modern history, the idea of lighting the Olympic flame from the sun's rays at the temple of Zeus in Olympia was first expressed by Pierre de Coubertin in 1912. The ancient tradition was revived only at the 1928 Summer Games in Amsterdam, when for the first time in the history of modern Olympism, an Olympic flame blazed over the main stadium of the Olympics in a specially designed bowl. The Olympic torch relay was held for the first time before the opening of the 1936 Olympic Games in Berlin.

The text of the Olympic Oath of Athletes was developed in 1913 by Pierre de Coubertin, who invited the IOC to revive the ritual of the oath taken at the Olympic Games of Ancient Greece (the oath of honor at the stadium in Olympia at the altar of Zeus). The Olympic oath was first pronounced at the 1920 Olympic Games. In 1968, at the suggestion of the USSR Olympic Committee, the IOC also included the Olympic oaths of judges in the opening ceremony of the Summer and Winter Games.

At the 2012 London Olympics, the Olympic Oath of Coaches was made for the first time.

The athlete is awarded a gold medal for the first place, a silver medal for the second, and a bronze medal for the third. In 1928, the IOC approved the image on the front side of the medal of the ancient Greek goddess Nike with a laurel wreath in her hand, on the back side – a sport, the emblem of the Games and other symbols.

According to the charter, the Olympic Games are competitions between individual athletes and not between national teams. However, the so-called unofficial team competition has also become widespread.

An athlete (or team) who wins a gold medal at the Olympic Games or at the Olympic Winter Games is awarded the title of Olympic Champion. This title is not used with the prefix ex, as, for example, the ex-world champion.

The Olympic Movement includes 206 countries (including geographic regions) whose National Olympic Committees are recognized by the IOC.

The Olympiads have been counted since 1896, when the first Olympic Games took place. The Olympiad also gets its number in those cases when the games are not held (for example, the VI Olympiad in 1916, XII in 1940, XIII in 1944).

The Summer Olympics, which were supposed to take place in the summer of 2020 in Tokyo, have been postponed to 2021 due to the coronavirus pandemic.

Since 1932, the host city of the Olympic Games has been building the Olympic Village – a complex of living quarters for the participants of the Games. Among the various commitments, the Olympic city has submitted to the IOC a program for the Olympic Games and, since 1968, a national cultural program. The tradition of combining physical and artistic culture dates back to the Olympic Games of Ancient Greece, where sports competitions were accompanied by competitions in various types of arts.

In order to comply with the Olympic ideals and noble principles of competition at the Olympic Games and Olympic Winter Games in 1968, the IOC and international sports federations established a doping control procedure, which is carried out by special anti-doping commissions.

Since 1976, Olympic medalists have undergone special doping tests; if an athlete is caught in doping, he will be disqualified and forfeit awards.

To combat doping, the World Anti-Doping Agency (WADA) was established in 1999 with the support of the IOC.

Since 1974, the Olympic Order has been awarded for special services to the Olympic movement.