MOSCOW, April 4 – RIA Novosti, Irina Badmaeva. In Russia, they again started talking about the need to get away from “Western-controlled payment systems.” First of all, we are talking about Mastercard and Visa, whose cards are accepted all over the world. In addition, the state and domestic companies are increasingly using the national currency in trade transactions and intend to increase the share of ruble transactions. Whether it will be possible to completely abandon the dollar, RIA Novosti figured out.

Give up the dollar and do not miscalculate

Politicians and officials of many countries are urging to transfer international settlements to the national currency. For example, the Turkish president. He constantly emphasizes the importance of this step, since now “the country's economy is too vulnerable to external shocks.”

This has also been discussed in Russia for a long time. The problem was especially aggravated by the sanctions. Foreign partners can now send a payment for an additional check to see if it violates official restrictions. This slows down the transaction significantly. And some even refuse to work with Russian clients.

However, de-dollarization is a complex and slow process. Oil and gas – the main items of Russian export – are still bought for dollars. World quotes for energy resources are formed by the London and New York stock exchanges. Whatever one may say, a dollar sign is placed in front of the numerical value.

Therefore, the government plans to increase the share of ruble settlements in foreign trade turnover only up to 30% by 2024.

The rules of the game are still dictated by the United States: they are the first in the turnover of goods and services. Before the pandemic, this figure reached $ 5.57 trillion. In second place is China (5.15 trillion), the third is Germany (3.38).

At first glance, the monetary units of the leading countries should also predetermine the choice of currency for settlements. However, it is not. Most international transactions involve the dollar. Russia is no exception. In January – September 2020, 59.1% of all receipts and a third of transfers were in US currency.

However, the tense situation in the world is pushing for the gradual introduction of national monetary units into trade relations. “Almost a third of Russia's operations in the first nine months of 2020 are in rubles. Including with the EU countries – 28.2%, the CIS – 60.4, with Belarus – 82.8, the BRICS countries – 5.8, China – 4 , 9%. With Europe, we mainly settle in euros (52.4%), with China – in dollars (61.3%), with the CIS countries – in rubles (60.4%) “, – says Olga Lebedinskaya, associate professor Department of Statistics, PRUE named after G.V. Plekhanov.

To the national currency with distrust

Only a freely convertible and stable national currency can be of interest to counterparties. Dollars in any country will be exchanged for local money. With Russian rubles, this will not work everywhere. 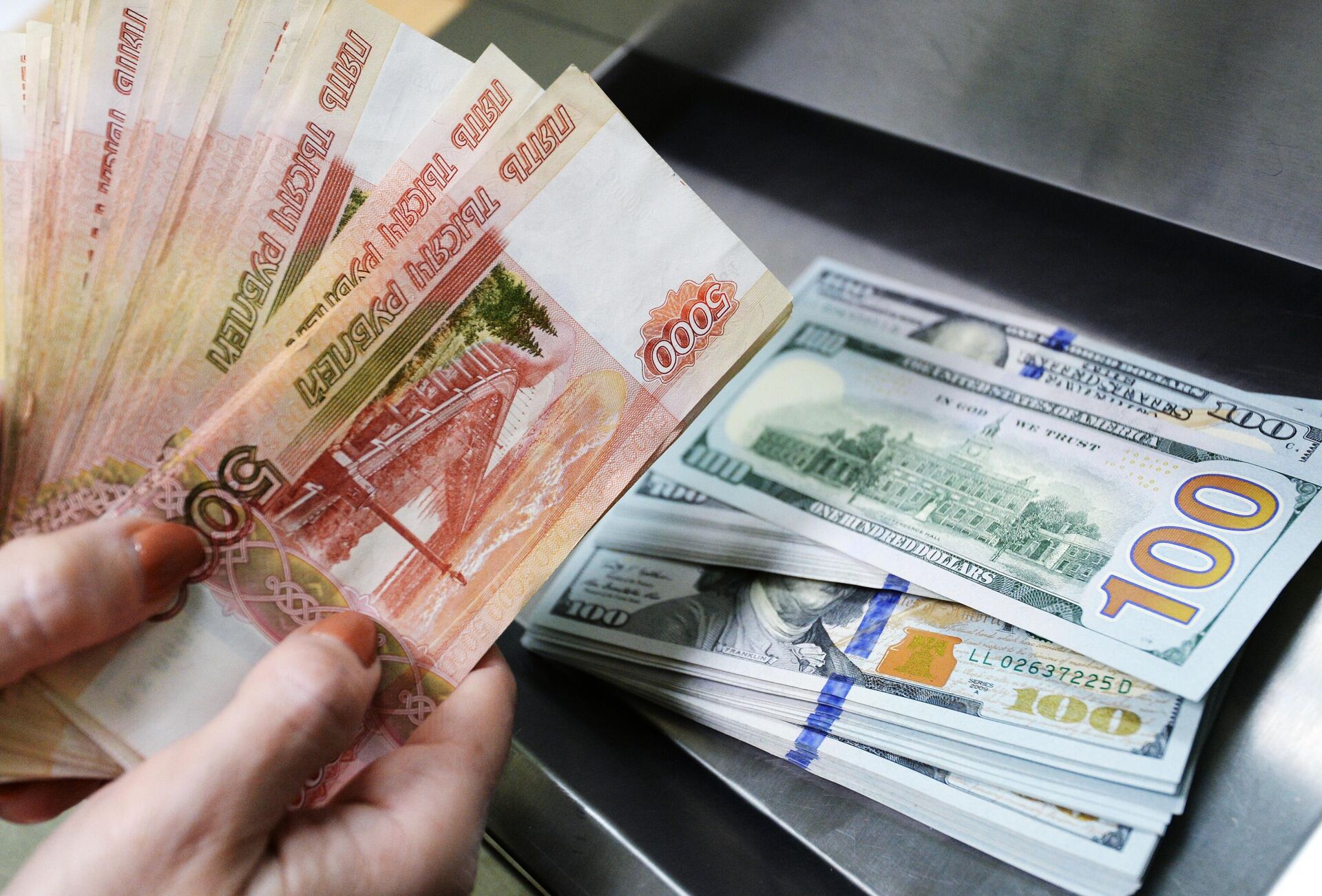 “We are dependent on imports of both consumer goods and technologies. The demand for our currency is low. The Russian economy needs to be competitive, technologically developed. In addition to trade, the currency should be represented on the international financial market – it needs to nominate external debt (corporate and sovereign), place foreign exchange reserves, invest, “explains Irina Aydrus, head of the International Finance program at the Institute of World Economy and Business of the RUDN University.

Therefore, it is not yet possible to talk about a complete transition to settlements in rubles. An increase in their share does not mean abandoning world currencies. Moreover, market players themselves are in no hurry to switch to other banknotes.

“Foreign economic activity is carried out in dollars, to which everyone is accustomed. It is convenient. Imagine how complicated it would be if each country indicated the value in the national currency. And there is no trust in such money,” explains Evgeny Lashkov, CEO of the investment company ” A B C”.

What fell to the lot of the yuan

Meanwhile, the Chinese managed to slightly increase the share of the yuan in international settlements – after all, their economy accounts for 17.4% of world GDP (the American – 15.9%). In world exports, China also dominates: 10.8% (in the United States – 10.3%). 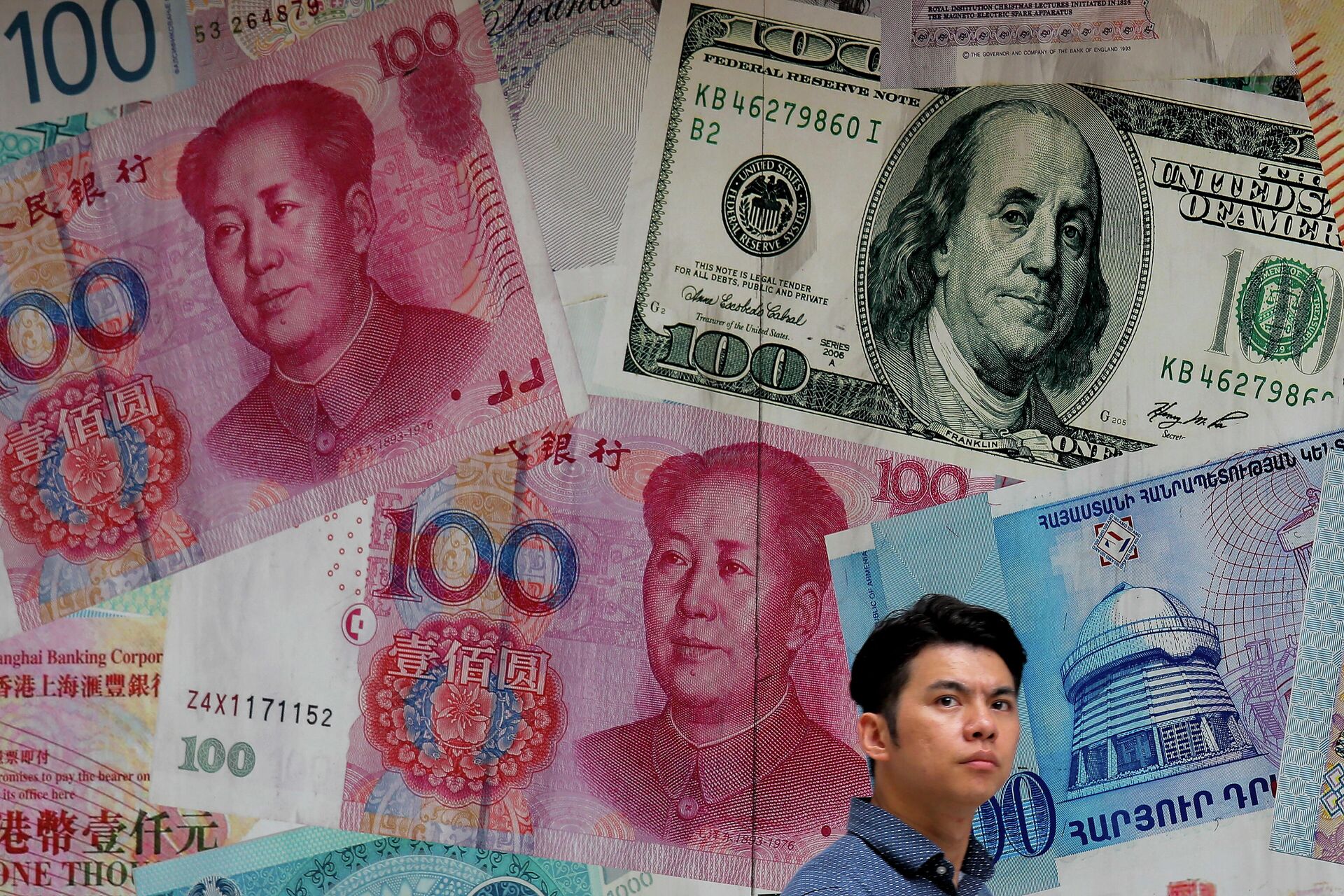 I ruble and this is very far away. The share of Russia in world GDP is slightly more than three percent, in global exports – two. However, now the ruble is actively used within the EAEU. And without the participation of Russia. For example, between Belarus and Kazakhstan.

By the way, in the EAEU more than 70% of settlements are already in national currencies. Irina Aydrus does not exclude further point use of the ruble with Egypt and Turkey.

With “Mir” around the world

Internal stability could also be guaranteed by the abandonment of international payment systems (SMEs). The transition to its own infrastructure in Russia has been discussed since 2014, when, due to sanctions, Visa and Mastercard issued by Russian banks were blocked. Money could be withdrawn only at the cash desk of a credit institution or its ATMs. And clients abroad were cut off from their accounts. Therefore, we launched the Mir card, which is operated by the National Payment Card System.

However, SME cards are still the leader in the structure of online payments. More than 75% of plastic holders in Russia use them, primarily Visa and Mastercard. In fairness, it should be noted that these systems are 60-70 years old. And Russian – the seventh year.

Now Mir accounts for 24% of card payments and a third of the entire issue, says Irina Aydrus. Clients are primarily state employees. 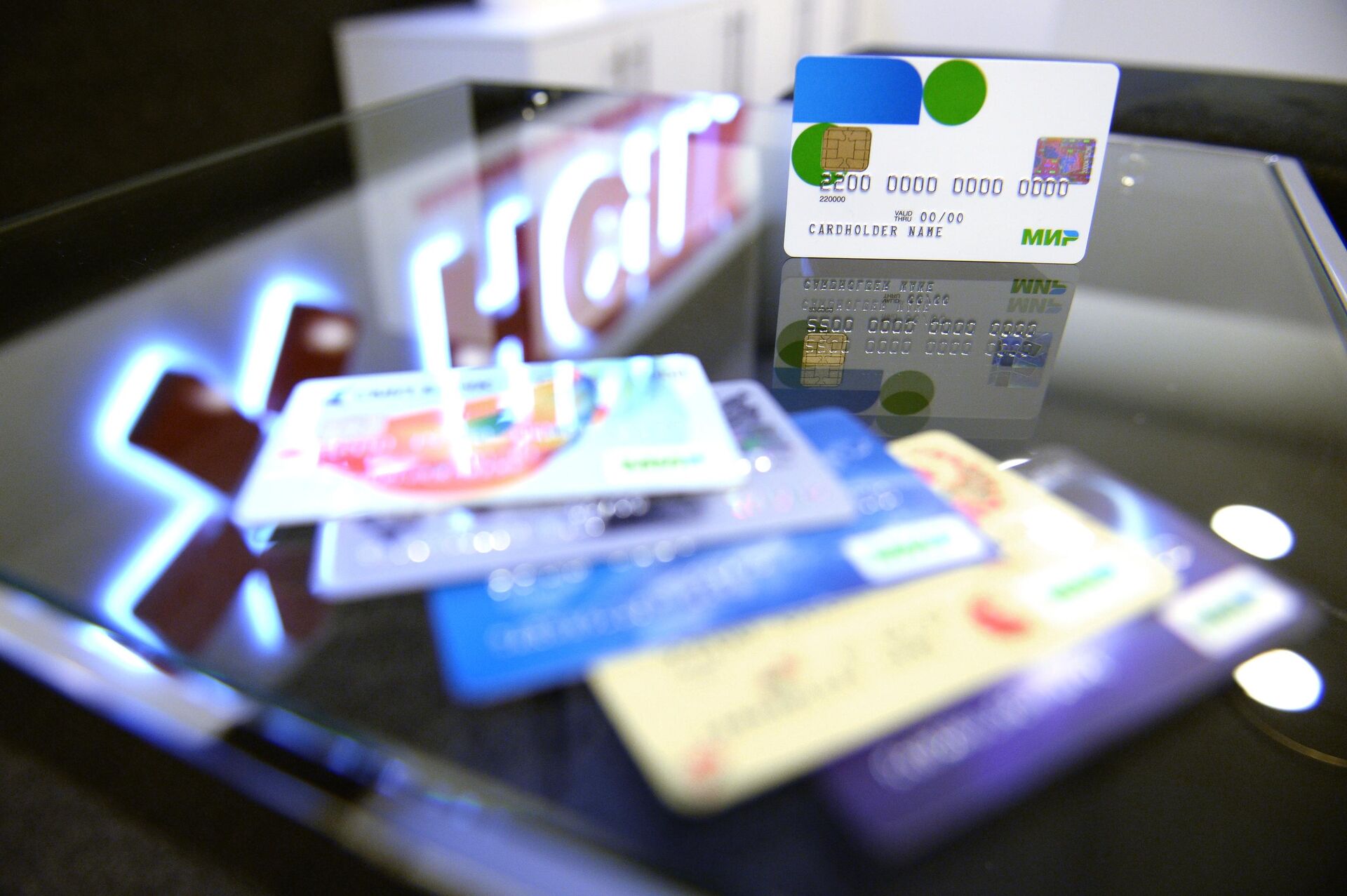 International payment systems are too tightly integrated into our lives. Their popularity is due to their wide geography: you can pay with such “plastic” in retail outlets all over the world.

However, the Chinese national payment system is on its heels. By the way, billionaire Gennady Timchenko admitted in an interview that after the Americans imposed sanctions against him, he changed the blocked Visa and Mastercard to China UnionPay.

You can pay with it in more than 170 countries. The list of banks issuing China UnionPay is constantly growing.

“In addition, American Express signed an agreement to develop the service in China, becoming the first American payment system to receive permission from the authorities,” said Nikolai Pereslavsky, an employee of the department of economic and financial research at the CMS Institute group of companies.

Mir cards are also promoted in other countries. For example, in Southeast Asia, Turkey, the CIS. The possibilities of online shopping abroad are also expanding. Last year, the number of online stores abroad that accept Mir increased by more than three thousand.

“However, in order to pay in Europe, you need to issue a card with a partnership of one of three payment systems – the debit Maestro from Mastercard, the Japanese JCB or the Chinese UnionPay,” the expert clarifies.

“Mir” is a young developing system, it is impossible to squeeze the giants in a few years. We need large-scale loyalty programs and marketing campaigns, says Dmitry Spiridonov, co-founder and CEO of CloudPayments.

For example, by analogy with the already launched tourist cashback – when part of the funds spent on travel in Russia is returned, provided that the trip was paid for with a Mir card. As a result, although not quickly, the popularity of Russian “plastic” will grow. 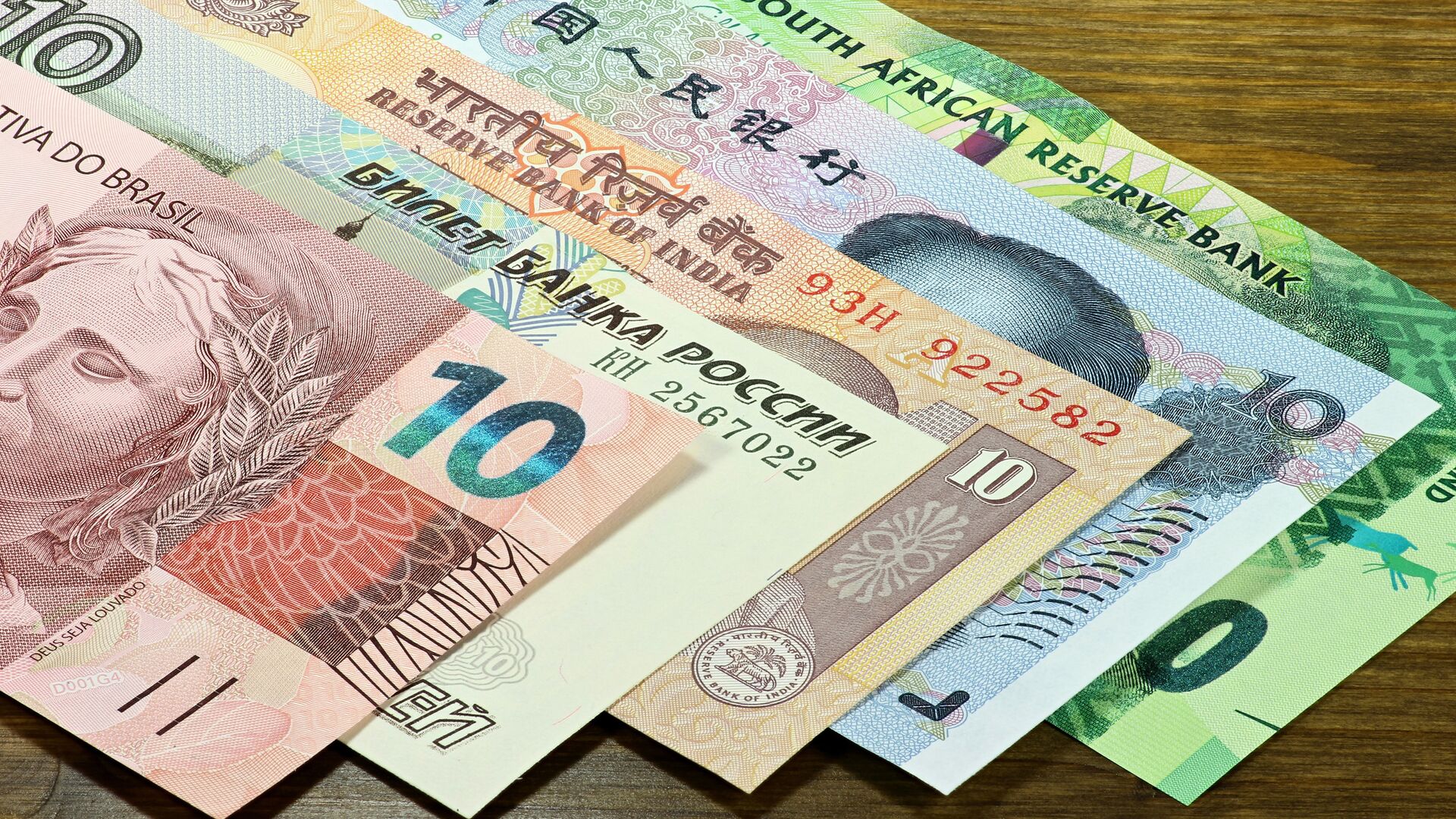