The trial of the Khangoshvili murder ends in Berlin. The German authorities have struggled to put him in a show trial mode over Russia. In this they were assiduously assisted by a native of Bulgaria with a murky reputation, Hristo Grozev, the main witness for the prosecution.

In fact, the involvement of a journalist as a witness in a criminal case is something completely new in the practice of the court. Grozev was not at the scene of the crime, he had nothing to do with the victim or the accused. Nevertheless, all his speculations are accepted by the court as evidence.

Together with this non-traditional journalist, traditional newspapermen, for example, Spiegel magazine employees Roman Leberger and Fidelius Schmid, who have covered the activities of the German special services and their fight against terrorism, are promoting the process. Today they have thrown all their fictional talent into writing a story about mysterious Russian agents whom Putin almost personally sent to Berlin to kill Khangoshvili.

Yes, we are now talking about two agents. Legend has it that the defendant was not acting alone, he had a mysterious assistant, the elusive Joe, who disappeared somewhere. And this is in addition to the fact that the defendant is allegedly not at all the person for whom he claims to be. No, here is material on several spy detectives at once.

It is strange that colleagues from the German “offices” did not tell their talented authors that Khangoshvili was one of the most cruel Chechen terrorists, an accomplice of such monsters as Maskhadov and Basayev. Not only did he make himself a bunch of blood enemies in the Caucasus. After fleeing to Georgia, Khangoshvili collaborated with the CIA for several years – the American Daily Beast told the world about this. His curators there could easily, for whatever reason, remove him in Berlin. Isn't the version highly likely? 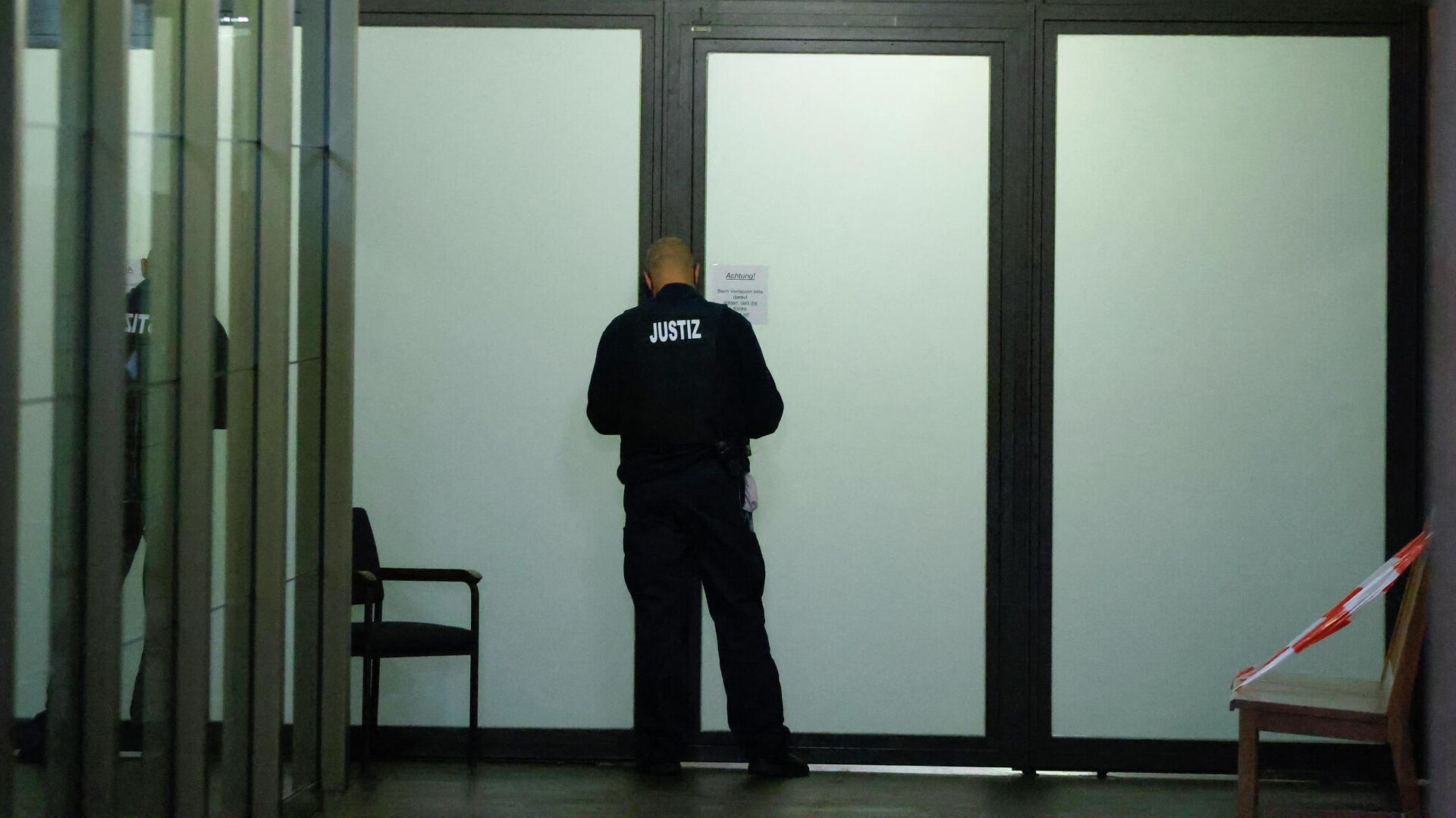 However, employees of Spiegel and Suddeutsche Allgemeine Zeitung present Khangoshvili as a peaceful refugee, an innocent victim of the Russian authorities. In the same way, they whitewash it at the highest level. “In retrospect, it is not easy to determine whether the victim was a radical Islamist,” Foreign Minister Heiko Maas said in December 2019.

It was in December 2019 that two Russian diplomats were expelled from Germany. The investigation was still underway, there was no trace of a trial, and Russia had already been named guilty. Later, Mr. Maas justified himself by the fact that Russian law enforcement agencies did not respond to an official inquiry in the Khangoshvili case. However, the Left Party found that the diplomats were expelled on December 4, and the request went to Russia only a few days later.

The Germans themselves do not harbor illusions about the objectivity of the trial. Even trained local publications are skeptical that “from the very beginning, everyone was interested not so much in the murder as in speculation about Putin's involvement.”

Initially, it was clear that propaganda attacks on Russia carried out by such publications as Spiegel or Bild would not inspire confidence in the German public. After all, the entire “independent” press of the FRG was created in the late 1940s under the watchful eye of British and American curators. They developed an anti-Russian agenda back then and have been strictly following it for decades. In 2014, Spiegel, for example, came out with a photo of the downed Boeing on the cover and the caption “Stop Putin!” 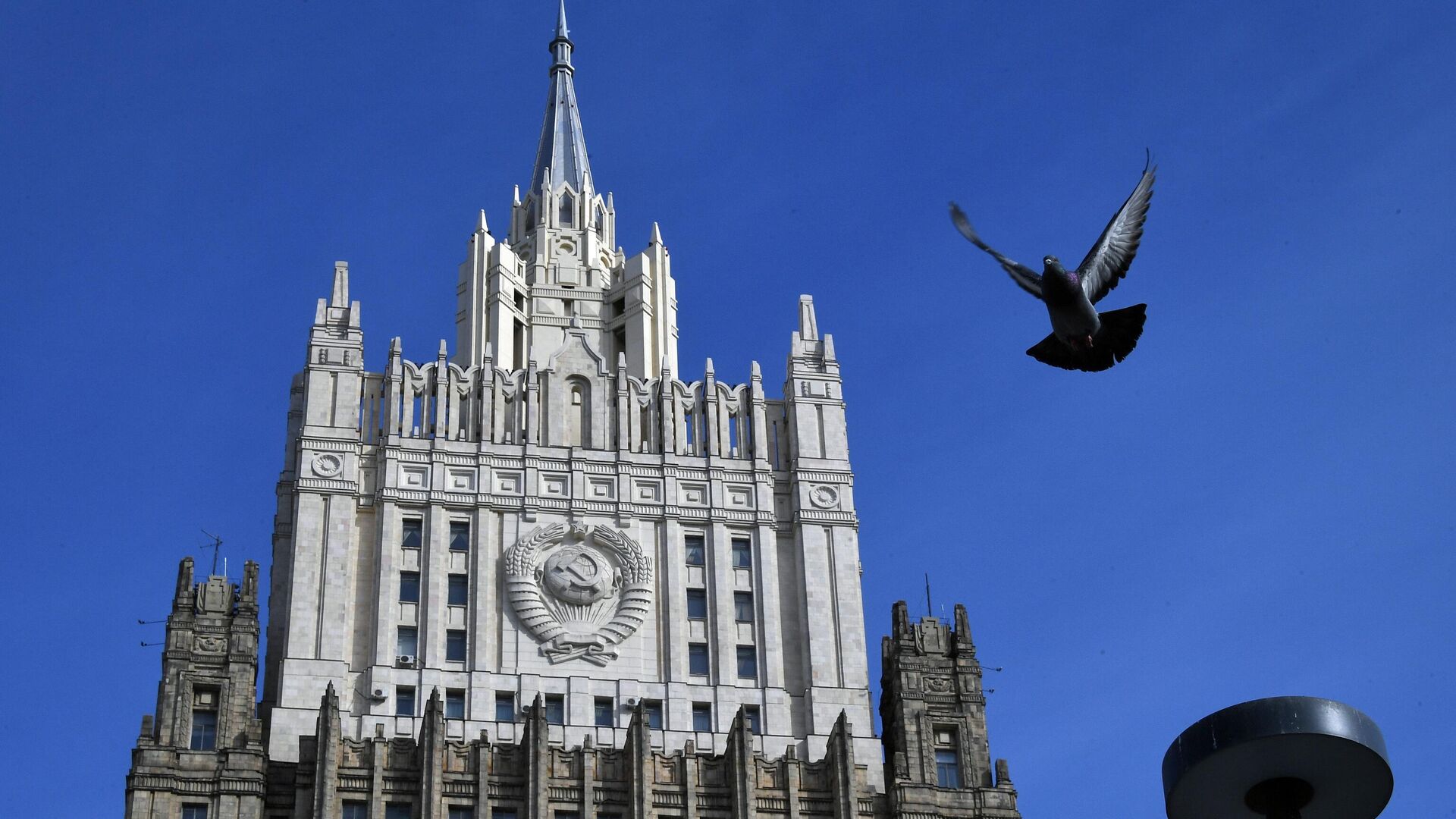 And then the “independent journalist” Hristo Grozev turned up at the right time for the Germans with his investigations. This figure from Bellingcat positions himself as a “media manager”. However, in his homeland, his business boiled down to numerous murky scandals.

The loudest of them was the intrigue with the purchase of the largest Bulgarian newspapers Trud and 24 Chas. In the course of the scandal that broke out, numerous opponents of Grozev accused him of lies, machinations and fraud. He, in turn, threatened the family of his opponent, the oligarch Tsvetan Vasilev, and claimed that he was working for the FSB and the GRU.

It was ten years ago, but the mania to look for Russian special services did not change Grozev. Since then, he has found their agents in the Alps and Donbass, Berlin and Sofia, Salisbury and London, and everywhere else. I just found it in Kiev – in the inner circle of President Zelensky.

In Berlin, a trial was still underway, where the main evidence of the defendant's guilt was the fakes of Hristo Grozev, and the “independent journalist” himself had already left for Ukraine. There he was to stage another landmark investigation – this time about the “Wagnerites in Belarus.” It was assumed that this was to be a brilliant joint operation of American and Ukrainian intelligence services. However, the “Big Game” was thwarted by a traitor – either from the circle of President Zelensky, or the president himself, in general, it does not matter. 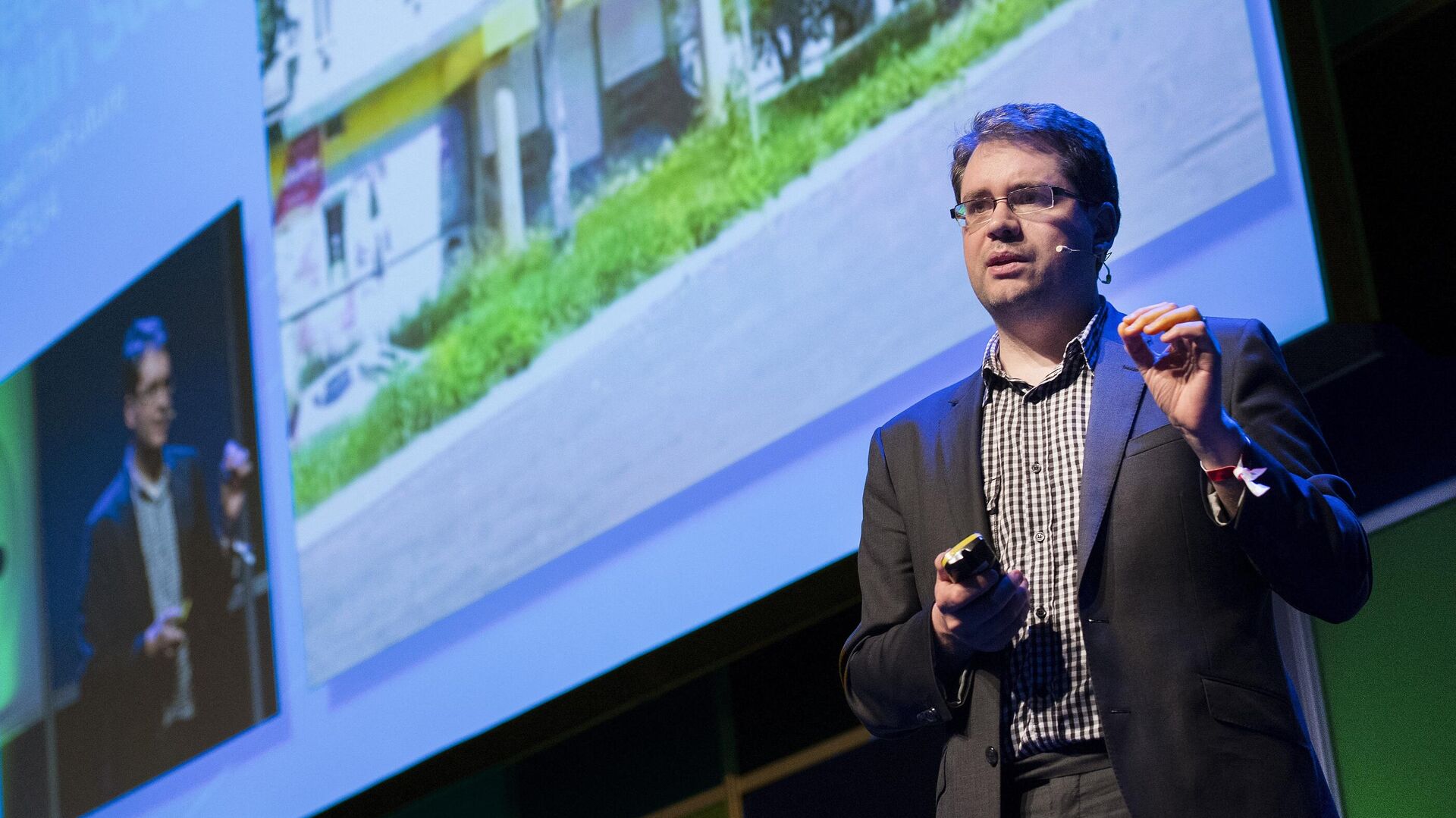 The reaction to Grozev's arrival showed how a sovereign, independent Ukraine yearned for its master. Indeed, Joe Biden called Zelensky only when the rest of the audience for listening to the single “America is Back” had already ended, and he encouraged him with the same formulations that he had been encouraging under Obama. The Germans are distracted, they are busy fighting for Nord Stream 2. Everyone somehow forgot about Ukraine.

And then a mysterious Bulgarian arrives. The Ukrainians promptly promoted him to the rank of “Bellingcat leader”, promised a royal welcome and huge security. Social networks were bubbling up. “Vladimir Alexandrovich, there is bad news,” the commentator of the Ukrainian president trolled. “Vladimir Putin and the FSB are right: Bellingcat is really the CIA, Mossad, MI6 …”

True, it did not work out with the royal reception, and Grozev was not assigned a guard either. However, he interviewed several people and announced the premiere of his film release for April. 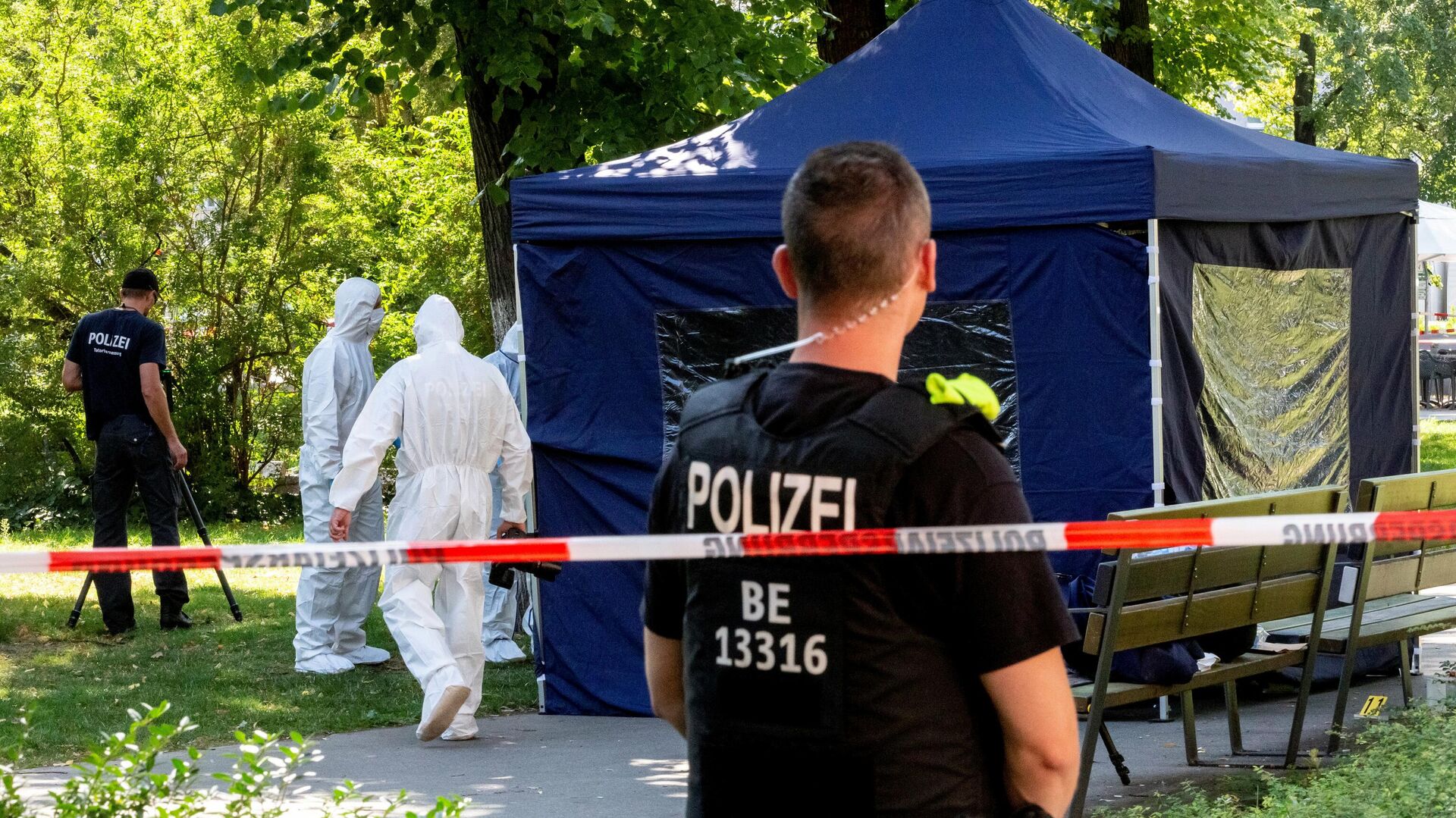 We must pay tribute to Grozev. He really scared the simple-minded Ukrainians. God knows what he is screwing them there, but many perceive him as an emissary of the global leadership. Hristo Grozev received a personal call from the head of the Ukrainian president's office, Andriy Yermak. The head of the Ukrainian intelligence service asked the deputy chief of MI6, Lee Lawrence, to stop filming the Bellingcat film – the Mirror of the Week wrote about this.

All this hype led to the fact that the ties between Bellingcat and MI6, about which the public had been gossiping for so long, were revealed thanks to the innocence of Mr. Grozev's Ukrainian counterparties. It turns out that it is Lee Lawrence who oversees the activities of the “independent journalist” and the entire Bellingcat. Well, what a surprise.

It turns out that the Berlin court accepted the testimony of an international adventurer openly working for British intelligence. Well, what, I wonder, will be worth any sentence passed under such unprecedented pressure from the British partners?

It is sad to watch as influential and wealthy Germany, before the eyes of the whole world, surrenders part of its sovereignty – the independence of the judiciary – to its Anglo-Saxon patrons. Almost like some kind of Ukraine, by God. 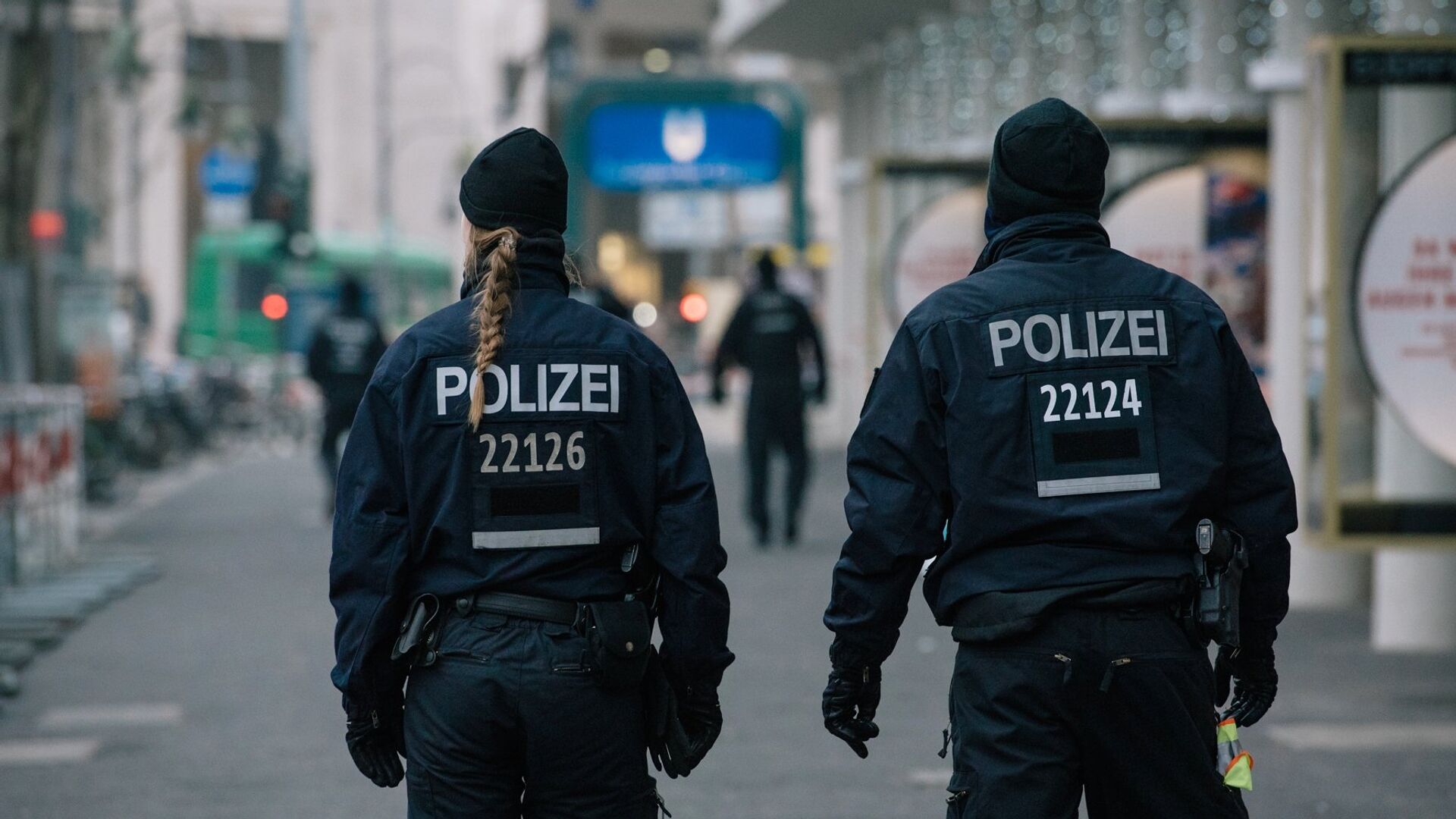