PARIS, April 3 – RIA Novosti, Daniil Nizamutdinov. On the eve of Easter weekend – Catholics celebrate the holiday this Sunday – anti-virus measures are being tightened almost everywhere in Europe. From Saturday in France by decision of President Emmanuel Macron – a new national quarantine. For at least a month. Curfew, mask mode, travel restrictions – what combinations of prohibitions have you tried in a year! The authorities are struggling to maneuver between an increase in the incidence of diseases, on the one hand, and an increase in citizen discontent, on the other.

More than 4.7 million cases, almost 100 thousand deaths: according to the coronavirus, France is among the worst in Europe, it has not yet been possible to curb the epidemic. Doctors expect another peak in the next week and a half – now the third wave. At the end of January, the curfew was maintained, but the new lockdown was postponed. Since then, the situation has only worsened – about fifty thousand infected per day. And many openly criticize the government for its insecure actions.

On Wednesday, Emmanuel Macron addressed the nation: he urged his compatriots to be patient a little longer, announced a quarantine and expressed the hope that, perhaps, it will get better by the summer.

From seven in the evening until six in the morning all over the country you can leave the house only for a good reason, with the appropriate certificate. During the day, walks are free, but no further than ten kilometers from the house.

The weather in France is almost summer, up to 25 degrees, but the Easter holidays are ruined. They even recommended giving up a home meal. There is no question of mass festivities. Firstly, you cannot gather in companies of more than six people. Secondly, the authorities have banned the use of alcohol in public places, as reported by Prime Minister Jean Casteks. For the first violation of the sanitary regime – a fine of 135 euros (about 12 thousand rubles), repeated ones will cost ten times more. 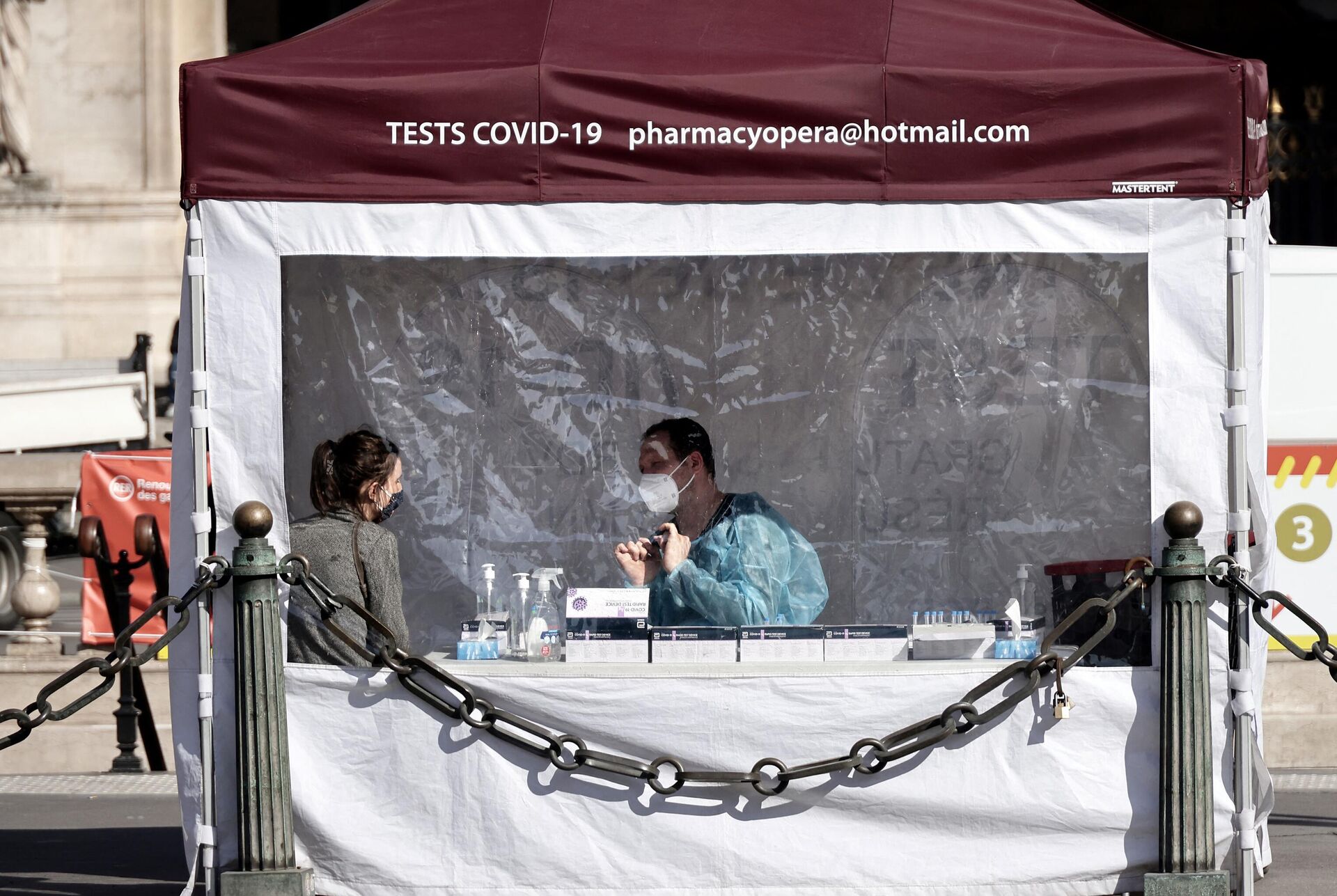 It is still possible to move from region to region to choose where to hold a new lockdown, but after the holidays, trips will be banned without good reason: the authorities promise to strengthen police control at train stations and highways.

One of the most painful measures is the closure of kindergartens and schools until the end of April (students will be able to attend classes once a week). This is widely discussed: in the past, the government was proud of the fact that, unlike some European neighbors, educational institutions in France continue to operate.

Companies and enterprises are not prohibited from working, but Macron urged to transfer employees to remote work to the maximum. Going on vacation or transferring to partial unemployment mode is facilitated if you need to stay at home with children, and remote work is impossible. 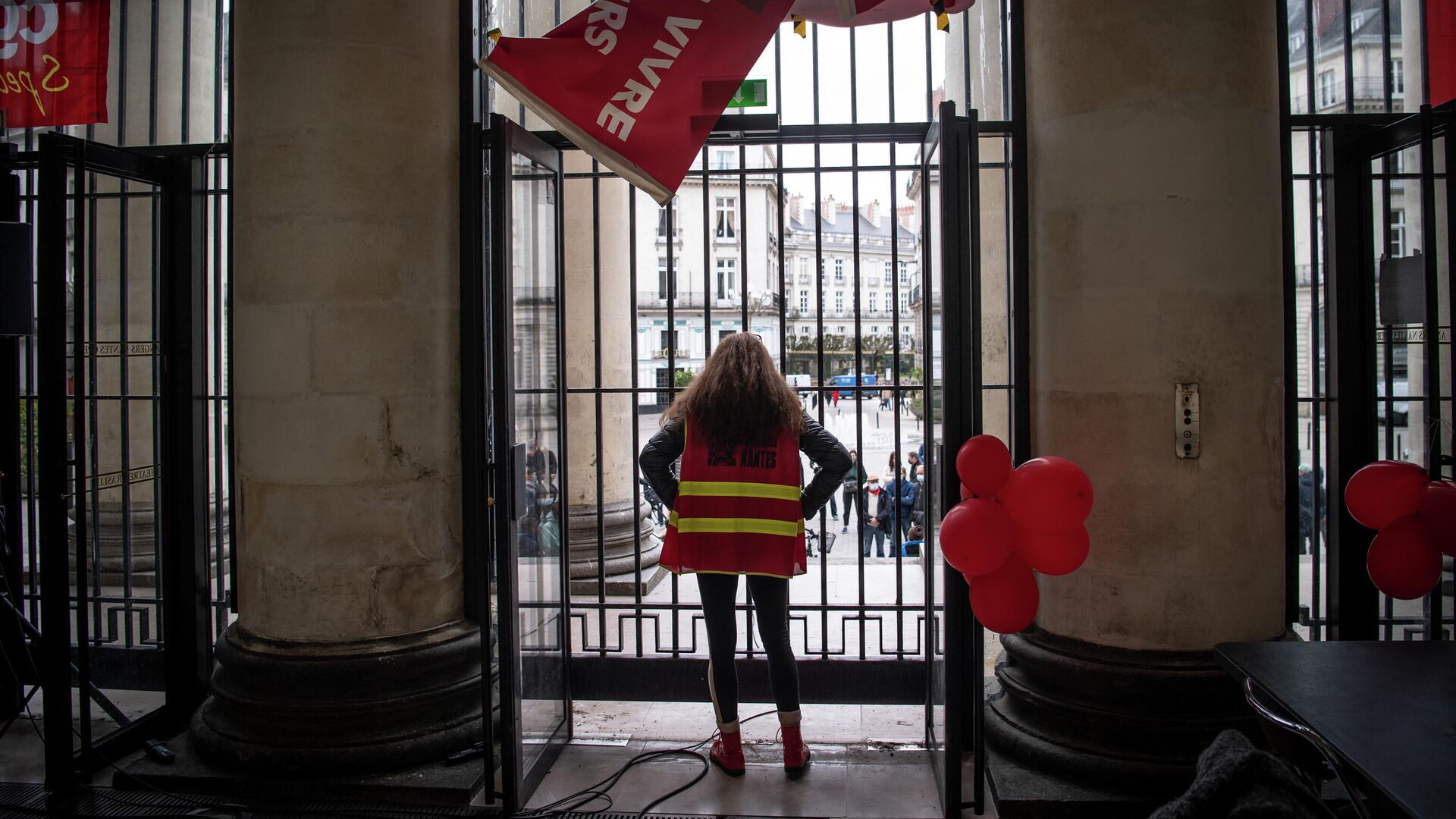 All this will inevitably hit the economy. “When you close 150,000 retail outlets and the whole tourism sector is down, it will definitely affect business activity,” says Economy Minister Bruno Le Maire. According to his department, the state spends about 11 billion euros a month to support companies, taking into account social benefits.

The French economy contracted eight percent last year. In this one expected six. However, according to Le Maire, the forecast will have to be revised.

Hope only for a vaccine

Macron hopes for mass vaccinations. The first dose was received by about 8.5 million people, three million were injected and the second. The drugs used are AstraZeneca, Pfizer, Moderna, and are awaiting delivery from Johnson & Johnson. French pharmaceutical companies, on which the government had high hopes and subsidies, have failed to develop a vaccine. And many French people are afraid of being vaccinated with AstraZeneca.

The first in the queue for vaccination are doctors and patients from the risk group, then by seniority. Now the French are being vaccinated over the age of 70. From April 16, those who are over 60 will be admitted, a month later – over 50. And only by the end of summer – everyone.

For Macron, fighting the epidemic and getting vaccinated is also a personal political challenge. Before the presidential elections in France, only a year. If Macron succeeds in overcoming the crisis, he will enter the election campaign “on horseback” in the fall. 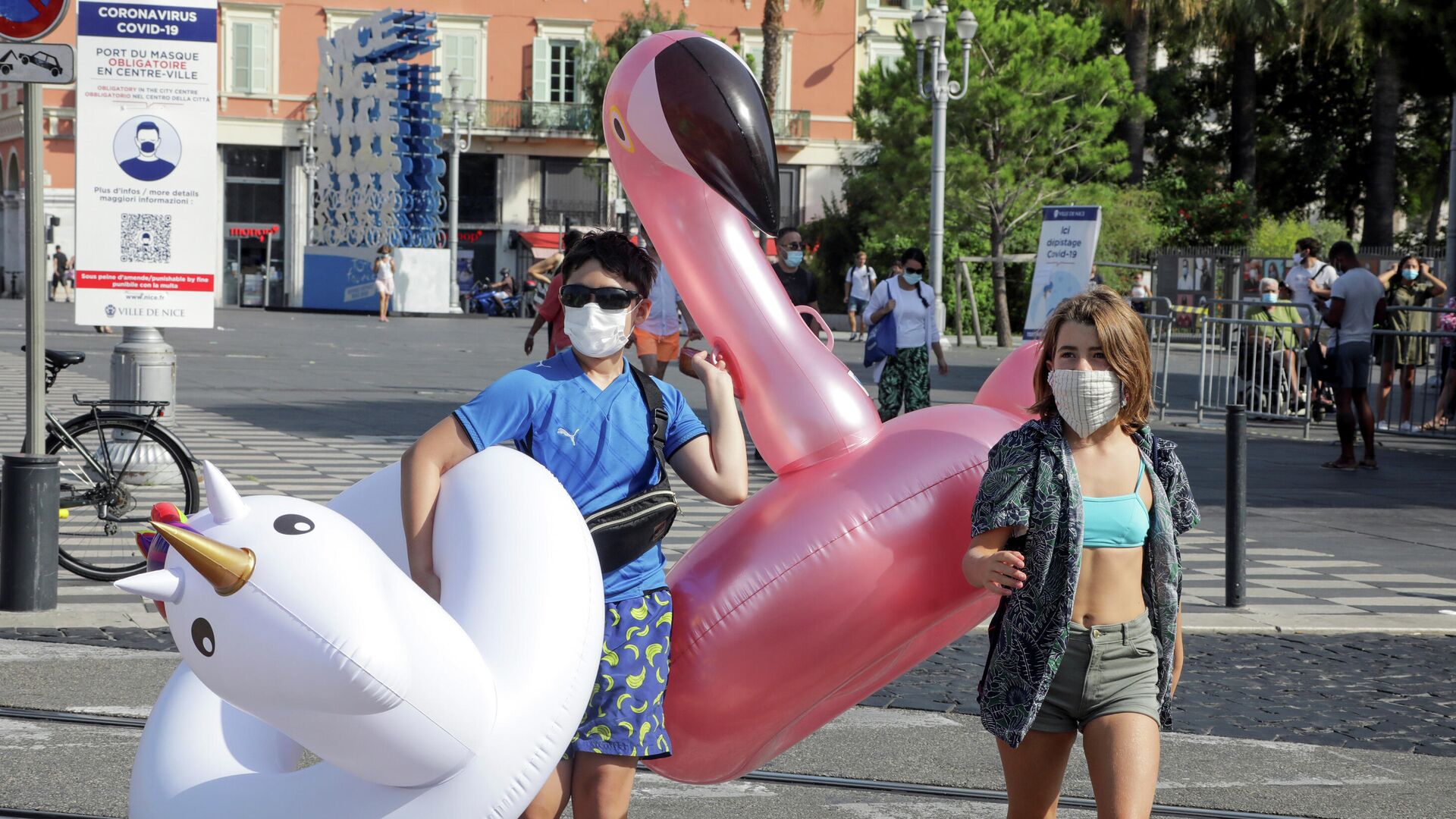 Parliament, where Macron's party has a majority, supported the new lockdown, but the opposition criticized the authorities. Leader of the National Rally Party Marine Le Pen warns that the inconsistency of the government is hitting the population hard. Le Pen compared the late start of the vaccination campaign to Waterloo – a devastating defeat for the French, for which Macron does not admit responsibility.

The deputy head of the Republicans party Guillaume Peltier criticized Macron's desire to please both those and these: work “.

And the leader of the “Unruly France” Jean-Luc Melanchon insisted that the authorities, for political reasons, deliberately ignore the possibility of purchasing and producing the Russian Sputnik V vaccine, which has clearly proved its effectiveness. According to Melanchon, the government is acting in favor of large multinational pharmaceutical companies that do not want to let a competitor from Russia enter the market.

One way or another, France plunges into a deep lockdown for a long time – the third in a year. This will be the quietest Easter in many decades. And this time with a sincere hope for the resurrection.