MOSCOW, 10 Mar – RIA Novosti, Anton Lisitsyn. Press Secretary of the President of Ukraine Yulia Mendel declined to answer the question whether Kiev will extradite businessman Igor Kolomoisky to Washington. “We'll see. I'm not a fortune-teller,” she put it. The Americans imposed sanctions on the oligarch, who was considered almost a friend of Zelensky. How he quarreled with a former business partner and what the current situation is fraught with – in the material of RIA Novosti.

Mendel's conversation with the journalist did not clarify much. According to the constitution, Ukrainian citizens are not supposed to be extradited to the courts of foreign states. But the White House is serious. There are long-standing claims to Kolomoisky.

The sanctions were announced a few days ago. Secretary of State Anthony Blinken explained that this is due to the activities of the oligarch as head of the Dnipropetrovsk region in 2014-15.

“Kolomoisky was involved in acts of corruption that undermined the foundations of law and the faith of Ukrainian society in democratic institutions and social processes, he used political influence and official power for personal gain,” Blinken said.

It is interesting that Kolomoisky became governor in those years on the wave of the struggle against “separatism.” In this field, he did not limit himself to an official framework. Then, according to media reports, the owner of the “Privat” group spent about ten million dollars a month from his personal funds on “salaries” to three thousand fighters of volunteer battalions, provided them with food and uniforms. 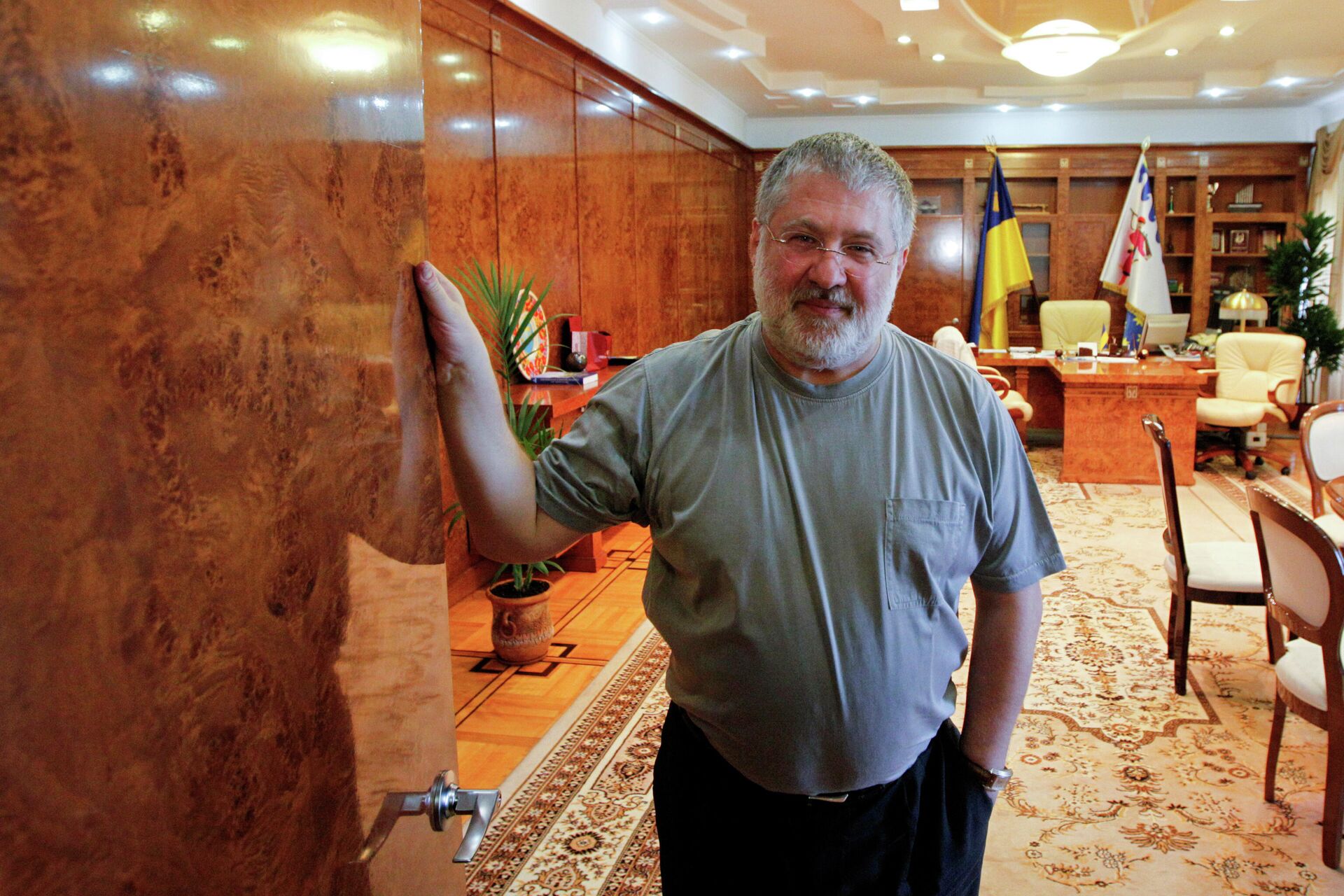 The memory of those days was preserved in the form of the saying “ten thousand dollars for a Muscovite” – this is how social networks rewrote the proposal of the Dnipropetrovsk state administration, headed by the oligarch. “For each transferred” green man “- he is a mercenary who set foot on our land, trying to push us in a fratricidal war – a reward of ten thousand US dollars”, – said the price of Kolomoisky's deputy Boris Filatov.

The businessman's successes in the fight against “separatism” did not go unnoticed – in 2014, the Investigative Committee of Russia put him on the international wanted list on suspicion of organizing a murder, kidnapping and using prohibited means and methods of warfare.

The scandal around the enterprises “Ukrtransnafta” and “Ukrnafta” also dates back to about the same time. Kiev tried to stop Kolomoisky's attempts to include these state-owned companies in his own sphere of influence. During the confrontation, the parties turned to personalities – in Privatbank, the accounts of enterprises of President Petro Poroshenko were blocked, which was explained by a technical failure. But, apparently, the head of state did not believe in such an accident. The head of the Security Service of Ukraine Valentin Nalyvaichenko announced then that some employees of the regional administration supported the criminals in the region. And soon Poroshenko dismissed Kolomoisky from the post of governor.

But Washington has questions not only about that period of the oligarch's life. The owner of “Privat” did not calm down even after he lost his state post. “I want to express my concern about Kolomoisky's ongoing efforts to undermine democratic processes and institutions in Ukraine,” Blinken said in March. “His actions pose a serious threat to the future of the republic.”

Relations between Kiev and the businessman began to deteriorate long before 2021. Back in 2016, Privatbank, which once belonged to Kolomoisky, was nationalized, and then the management filed a lawsuit against the oligarch because of some damage to the bank. The National Bank of Ukraine fought with Kolomoisky on the legal field in order to return funds, probably illegally withdrawn abroad.

Under the influence of confrontation with the authorities or for other reasons, the oligarch changed his rhetoric. In 2019, he said that the civil war in Donbass was not inspired by “any Russia.” Then he added several attacks against Kiev and Washington. “They (Russia. – Ed. Note) are stronger in any case. People want peace, a good life. And you, America, are forcing us to fight and do not even give money for it,” he complained and prophesied that “Russian tanks will be near Krakow and Warsaw. ” 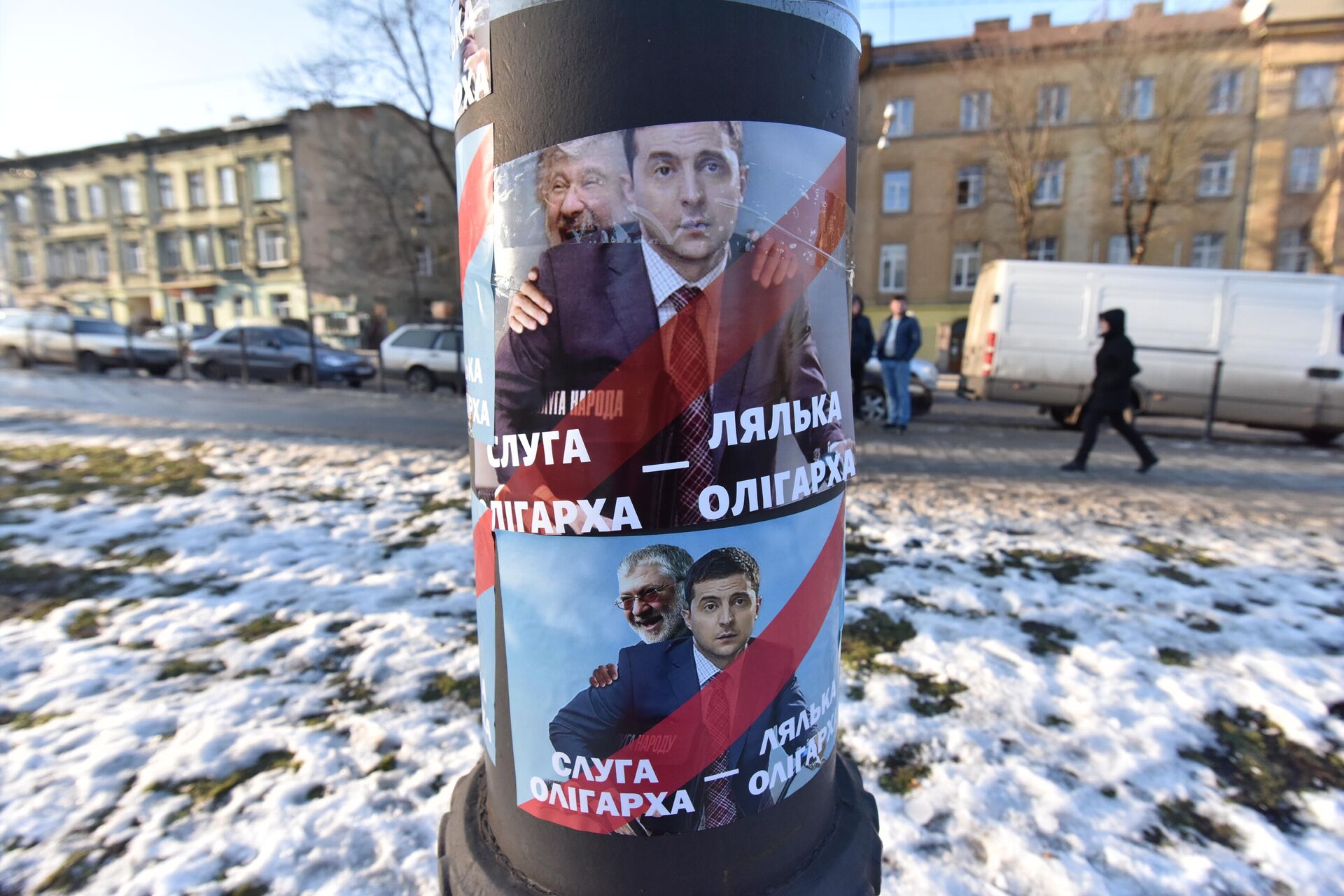 The same 2019 was considered the year of Kolomoisky's triumph by the Ukrainian media, because first his business partner Volodymyr Zelensky won the presidential elections, and then, following the results of the vote, the Servant of the People party won the majority in the Rada. The faction also included many people associated with the businessman.

But further developments showed that the oligarch is not the only one who influences the authorities. In 2020, Zelensky signed a law that was called “anti-Kolomoisky” in the press. This act prohibited the return of Privatbank to its former owners. The president was determined by the fact that this norm was critical for continuing cooperation with the International Monetary Fund: the country's government needed a new loan, and the IMF did not want the money to go to payments to Kolomoisky.

Another indication that the businessman is being pushed back from their positions was the expulsion of the deputy Alexander Dubinsky from the faction of the “greens” (the informal nickname of “servants of the people”) in February 2021. The reason is Washington's sanctions due to the parliamentarian's alleged involvement in attempts to interfere in the American elections.

The head of the SONAR-2050 analytical bureau, Ivan Lisan, believes that both decisions – whether to hand over Kolomoisky or not – are very difficult for Zelensky. “If the president accepts Washington's demands, an acute political crisis will break out in the country. Kolomoisky has influence within the Servant of the People, about thirty deputies will get out of the control of Zelensky and his entourage. And the surrender itself is a dangerous precedent: the next oligarch is next in line. By the way, this is not the first case – Dmitry Firtash in Austria fought off the Americans' attempts to get him. Therefore, the refusal of the current president from Kolomoisky would be a final violation of the tacit agreements within the elite, “the expert explains.

The prison term of Yulia Tymoshenko under President Viktor Yanukovych at one time was regarded as such, continues Lizan. And this rallied part of the Ukrainian elite against the head of state.

“Before Zelensky, no one used sanctions, this is also a red line. Now, restrictive measures against Zelensky himself have the moral right to apply his replacement. Therefore, the president will try, as they say in Ukraine, to loop through – to delay the issue, to postpone the decision. whatever – even the aggravation of the situation in Donbass. In the end, what are the lives of servicemen of the Armed Forces of Ukraine worth, if we are talking about power, “the expert concludes. 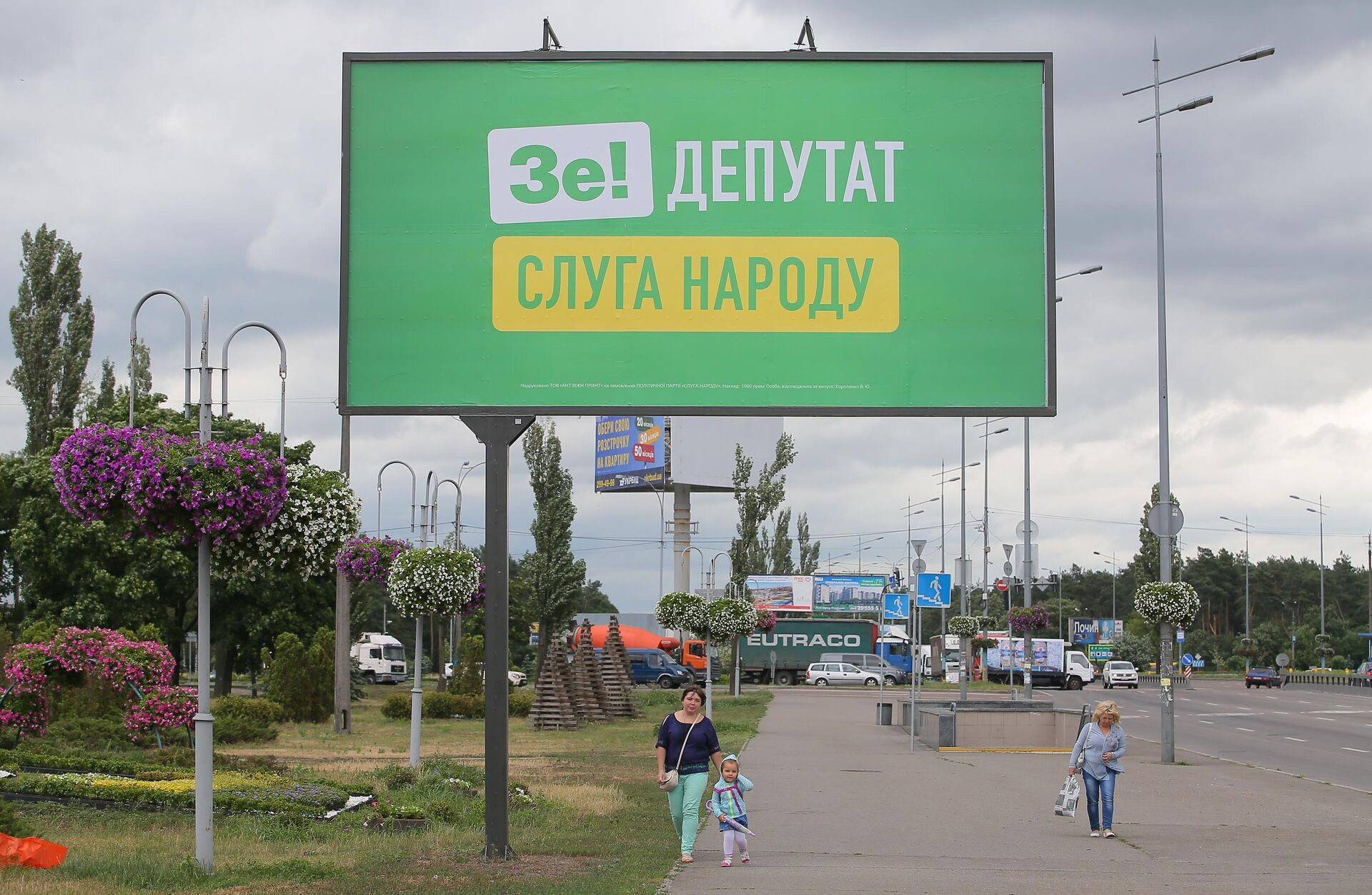 As Andrei Zolotarev, a political consultant from Dnepropetrovsk, explains, “for the Americans it is obvious that the oligarch professes a purely pragmatic approach, by the way, characteristic of themselves:“ Texas is exploited only by Texans. ”“ For the US Embassy, Kolomoisky is an outrageous man who constantly confuses cards, ”the expert continues. … – With the participation of Igor Valerievich and his media resources, the “Soros” – Goncharuk and Danilyuk were removed from the political field (former head of the National Security and Defense Council Alexander Danilyuk and ex-Prime Minister Alexei Goncharuk connected with the structures of American businessman George Soros. – Ed.). The Americans understood: outwardly they will be obeyed and saluted, but they will continue to do what Kolomoisky needs. And the epic battle of the overseas Alien against the Ukrainian Predator began. “

The US Embassy in Kiev and the State Department are signaling other oligarchs to stay away from Kolomoisky if they want to maintain ties with the United States and entry visas for family members. After all, Blinken, in his explanation of the sanctions against the Ukrainian oligarch, stressed that his wife, Irina Kolomoyskaya, daughter Angelica and son Israel Zvi, also fell under the restrictions. “This deprives them all of the right to enter the United States,” – explained Blinken. Spread of coronavirus

Kolomoisky is no stranger to pressure, but the situation is difficult for him. On the other hand, according to Zolotarev, the Ukrainian president is now “stretched out.” “If we ignore the interests of Igor Valerievich, he will create serious problems, but the Americans will do the same if they understand that they are being led by the nose. They saw to Ukraine how beautifully they can make promises here, “the political strategist believes.

Paradoxically, under such conditions, the Ukrainian oligarchs today have become the last bulwark of independence – they are the only ones interested in the “independence” of the republic, albeit out of selfish interests.