MOSCOW, 5 March – RIA Novosti, Sofia Melnichuk. Americans are no longer going to fight for democracy. Time has shown that interventions and the overthrow of authoritarian leaders are ineffective. Washington has learned from this and plans to change the world, starting with itself. How the US intends to act now, RIA Novosti figured out.

The first official speech of Secretary of State Anthony Blinken in the State Department, although it took place in an empty hall, caused a stir. For half an hour, the head of American diplomacy listed the main directions of foreign policy, which will soon be consolidated in the national security strategy.

Almost everything Blinken said is not new: both he and President Joe Biden have voiced it more than once in recent months. Yet something caught the eye.

“Our approach will change,” the secretary of state announced. “We will not promote democracy through costly military interventions or attempts to overthrow authoritarian regimes by force.” Such methods, although they were used with the best intentions, did not lead to anything good, he admitted. Moreover, the words “promoting democracy” have taken on a negative connotation, and even the Americans themselves no longer believe in them. 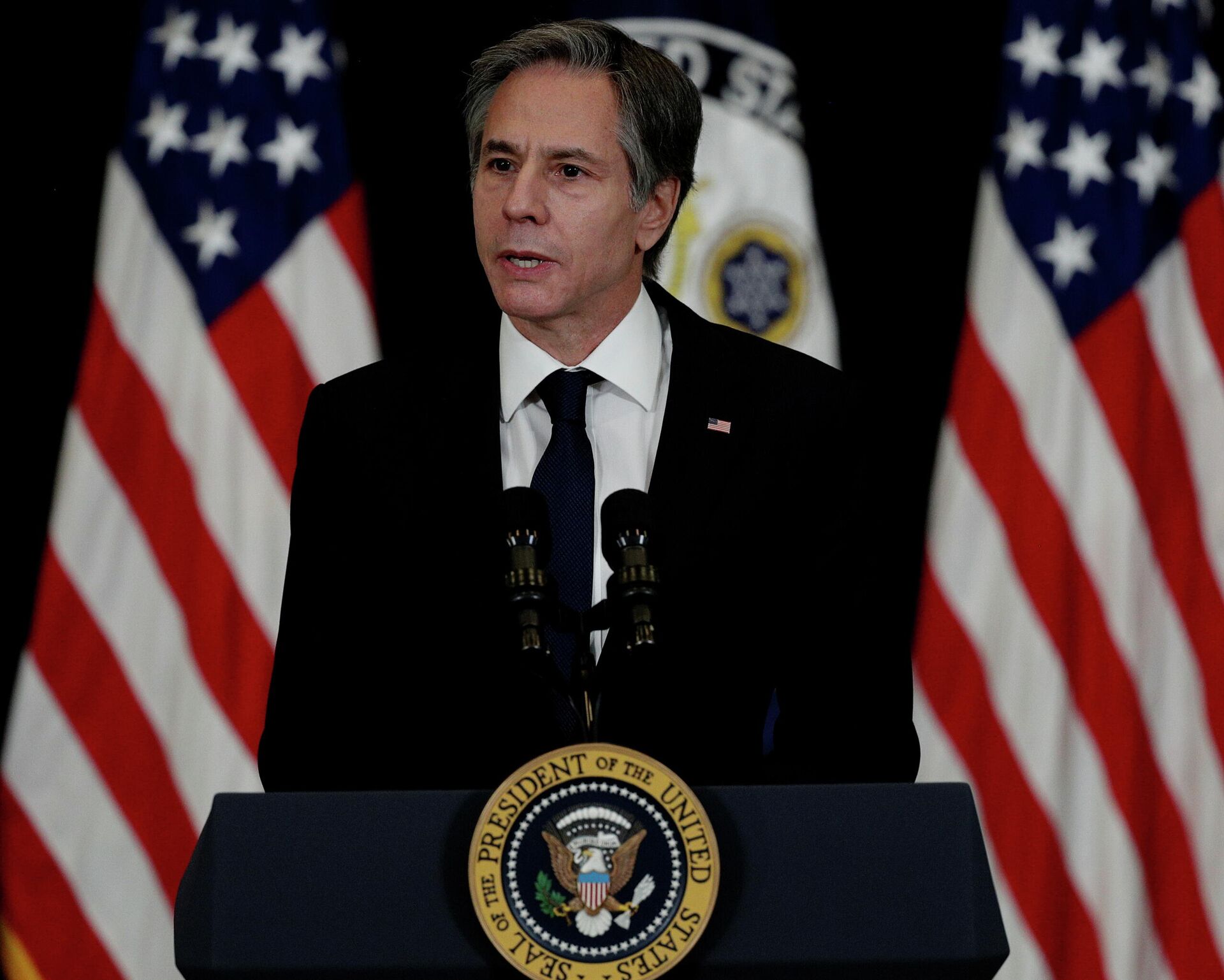 The world has changed, and in the new conditions Washington will shift its attention from the threat of terrorism to the fight against rival powers. Promoting democracy — and this is still a US foreign policy imperative — must be led by example. “Otherwise, we play along with competitors such as China and Russia, who use every opportunity to sow doubts about our adherence to ideals. There is no need to make it easier for them,” the diplomat concluded.

Such an example to myself

The past year has brought trials to the country. The coronavirus pandemic, which killed more Americans than the First, Second, and Vietnam Wars combined, highlighted health inequalities. Racial riots due to police brutality and murder of blacks once again highlighted the problem of systemic racism in society.

The presidential elections have become the most scandalous in many decades. Donald Trump still claims the results were rigged. This led to a veritable foray into fundamental values: on January 6, a crowd broke into the Capitol building during the approval of the electoral vote.

The new president, Joe Biden, was faced with the urgent need to restore unity within the country, to prove, first of all, to the Americans themselves that the United States is still the beacon of democracy. 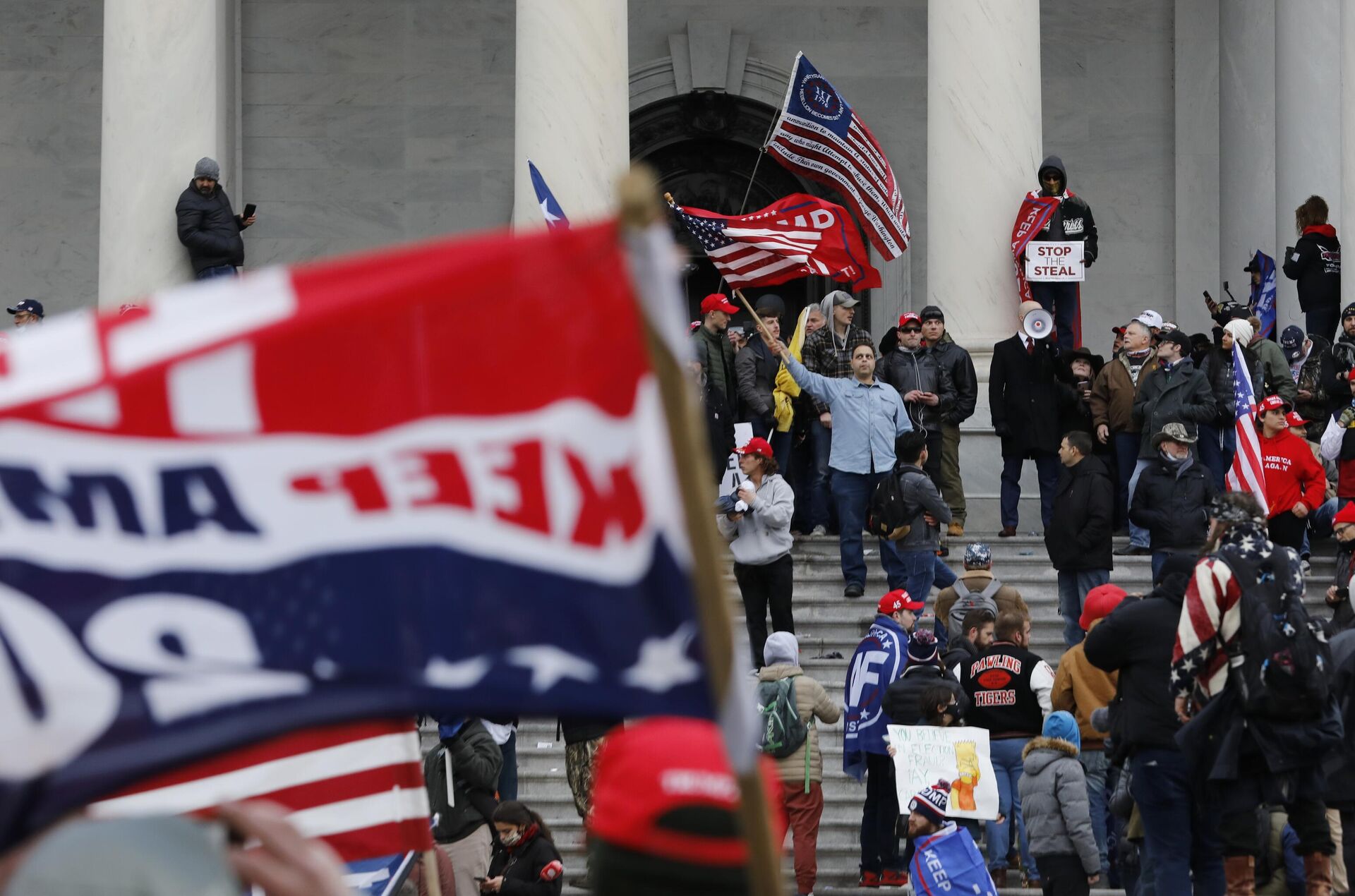 “There are big problems with personal example in the States now,” Pavel Koshkin, a senior researcher at the Institute for the United States and Canada, said in an interview with RIA Novosti. “They need a rhetorical tool to mobilize the electorate. It is important to show that we are able to resolve the situation in the country.”

To some extent, Blinken's statements can be considered as directed inward, Koshkin believes. “Putting things in order in other states is a kind of incentive: you need to start with yourself,” he explains.

The Biden administration constantly emphasizes that the main strategic rival is China and its development model. It is precisely its change that Washington intends to seek.

Beijing itself does not plan to export the political system anywhere, as said by Chinese President Xi Jinping. “We will promote opportunities for peace through development,” he explained.

In some countries, there is indeed a request for the import of individual elements of Chinese government, says a consultant at the Carnegie Moscow Center, Sinologist Temur Umarov. An example is the states of Central Asia, where the influence of the United States is decreasing every year. 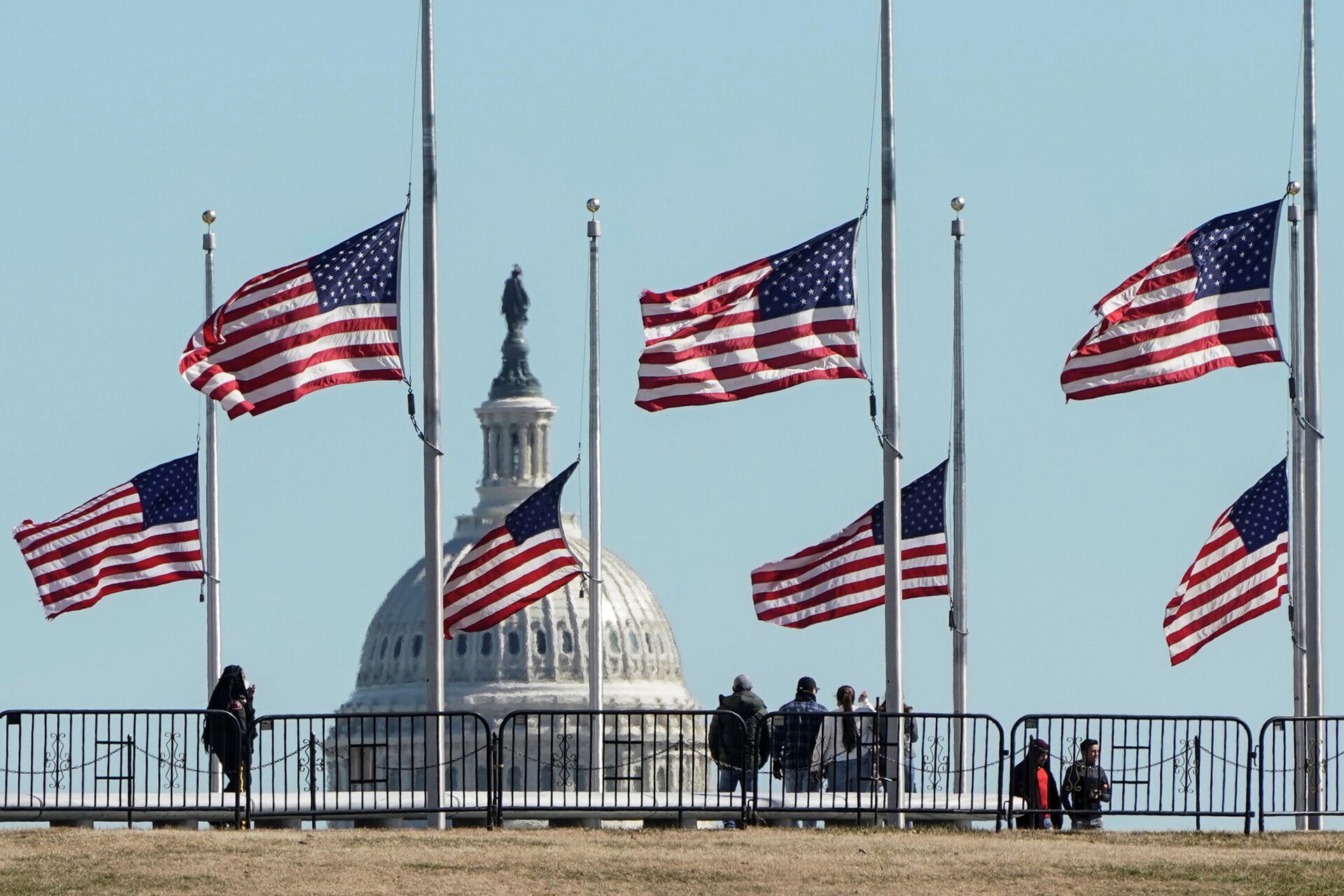 “All autocracies in the region want to repeat the success of China: to become a developed economy without democratic reforms,” Umarov said. At the same time, any autocracy in the modern world has to seem like a democracy. Without this, it is impossible to exist normally in the global world.

“Therefore, at the level of rhetoric, everyone in Central Asia talks about reforms and human rights, but in fact they do not see the West as a model to follow. If earlier at least one country – Kyrgyzstan, the so-called oasis of democracy in Central Asia – was more pro-American , now even she changed her mind and follows a different path, “the expert explains.

The United States could strengthen its position in the region if it was more actively involved in Central Asia economically, as Beijing is doing. Without this, Umarov believes, it will not be possible to achieve great influence in ideological terms. The spread of the coronavirus

The new administration's approach is a continuation of what Barack Obama started. The so-called Obama Doctrine also implied a reduction in the American military presence abroad. Even then, the democrats came to the conclusion that military methods are not so effective and that democracy should be spread not through intervention, occupation and state building, but through soft power.

However, the 44th president did not succeed: in 2011, the United States launched airstrikes on Libyan government forces. Obama later admitted that the decision, of course, was correct, but Washington did not prepare for the consequences. Libya plunged into chaos – Obama called it the worst mistake of his presidency.

The current administration will continue his attempts and will use all methods, except for direct military intervention, believes Dmitry Suslov, deputy director of the Center for Comprehensive European and International Studies at the Higher School of Economics. “The emphasis will be placed on the policy of foreign aid and NGOs, they will be much more active in supporting the Orange Revolution,” he says, recalling that in Syria, the United States did not fight directly with the regime of Bashar al-Assad, but helped the opposition forces. “This remains an acceptable tool.” 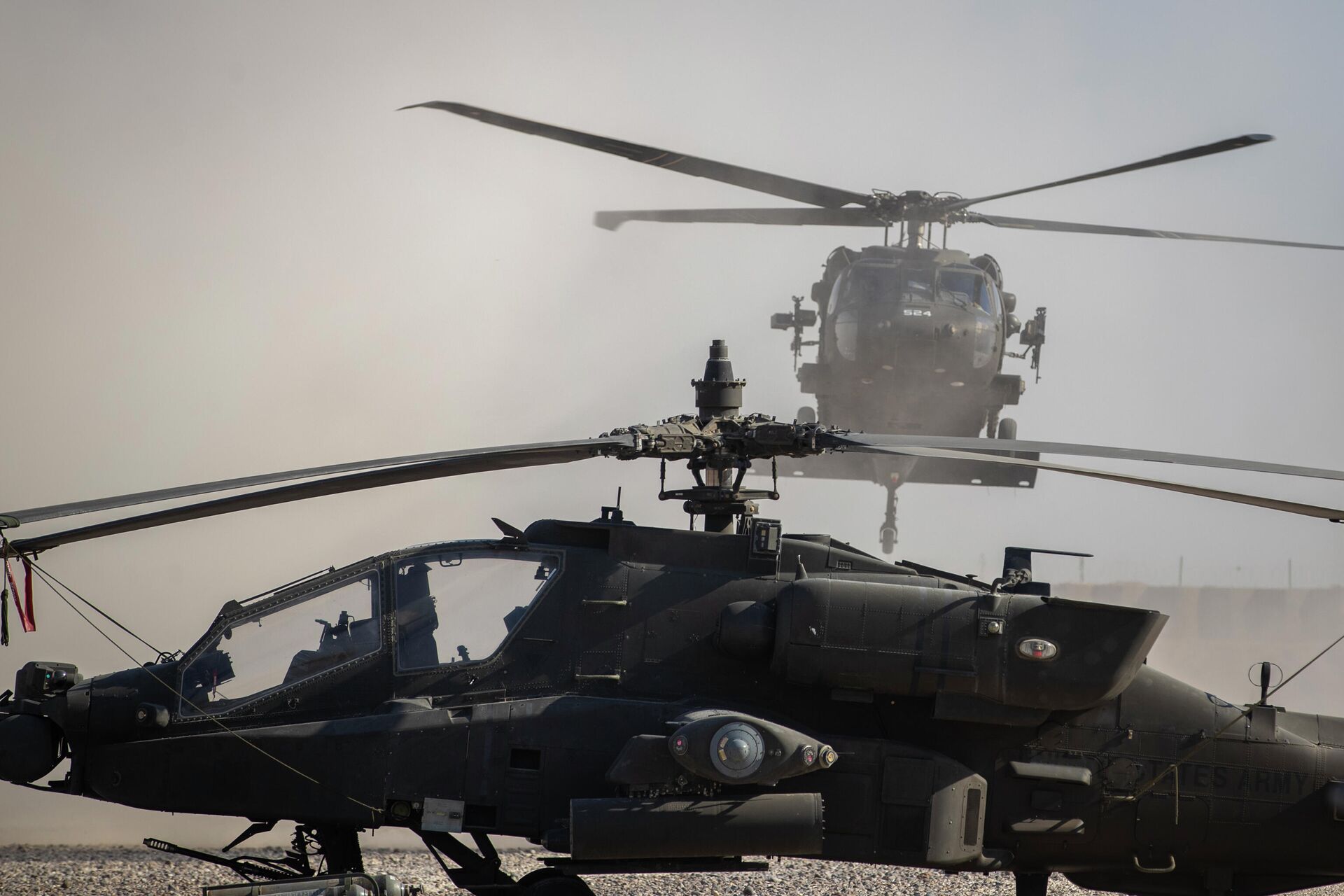 Now Washington stands for representatives of the opposition in Russia, Belarus, Venezuela. Earlier, the United States imposed sanctions against some Russian officials over the case of Alexei Navalny. Svetlana Tikhanovskaya discussed restrictive measures against Belarusian President Alexander Lukashenko with the American Ambassador. The day before, Blinken phoned Juan Gaido, Venezuela's opposition leader. In China and Iran, the US is helping pro-Western NGOs and dissidents.

Specific actions depend on the country, Suslov notes. Somewhere it is support for one of the parties in the civil war, somewhere it is a provocation of a political crisis.

Information policy, propaganda, public diplomacy. Sanctions are also an important tool for spreading democracy: they hit those elites they want to get rid of. But new Iraqs and Libya – there will be no such operations.

History shows that it is problematic to plant democracy only by personal example – it is much more difficult than allocating money for foreign projects. So the financial support of friendly forces, apparently, will become the main instrument of the State Department.