MOSCOW, 4 Mar – RIA Novosti, Sofia Melnichuk, Galiya Ibragimova. The European Union has made up its mind: the course towards Russia is being toughened. The head of the Council of Europe Charles Michel, on a tour of the three Eastern Partnership countries, expressed support for the authorities of Moldova, Georgia and Ukraine. And to be convincing, I visited “sensitive” regions – Donetsk region, Georgian territories bordering on South Ossetia. What the EU wants to help its eastern neighbors, RIA Novosti figured out.

Charles Michel began in Chisinau, where he met with the President of Moldova, Maia Sandu. Her arrival at the post, he said, opened a window of opportunity for closer relations with Brussels. The republic has already received the first tranche of 50 million euros to fight the coronavirus and its consequences. The country will receive the same amount if it fulfills the EU conditions.

The main one is adherence to democratic principles, Michel stressed. At the joint conference, Sandu assured that she was ready to rid the country of corruption, but some deputies hindered her. In the hope of early parliamentary elections, the president does not allow a new cabinet to be assembled. After the forced resignation of Prime Minister Ion Chicu, there is a crisis in the government.

Michel echoed Sandu's aspirations: “Madam President, Europe is on your side.” 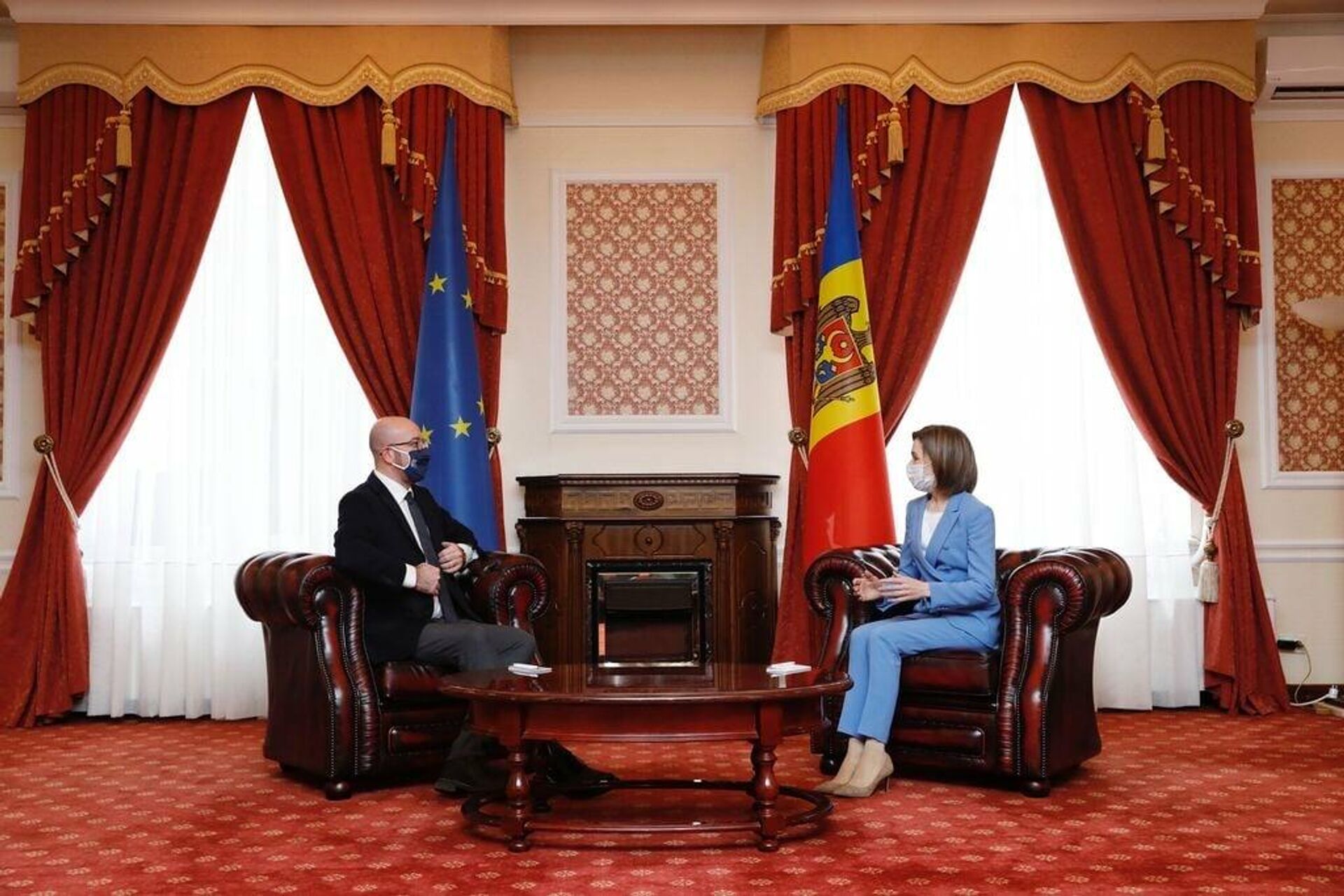 However, the influence of the European Union will be limited to verbal interventions. “They have already provided the help that they could – statements on behalf of the ambassadors and the head of the EU delegation -” says Sergei Manastirli, director of the Moldovan Center for Analysis, Research and Forecasting Balkan-Center. , because it is the seat of the deputies involved in the embezzlement of a billion dollars from three Moldovan banks. This is where the EU's official support ended. “

Therefore, Michel's visit is rather a symbolic act. Although the supply of the vaccine is still aid, aimed primarily at strengthening Sandu's image ahead of the possible parliamentary elections, the expert adds. True, in the coming week they will begin to bring drugs through the international mechanism COVAX, but in reality the vaccination program is being carried out by the government formed a year ago by the socialists.

Will the elections take place or not – it will become clear at the end of March. Then Sandu will submit an application to the Constitutional Court with a request to state a political crisis, which can only be resolved by early voting. Manastyrly notes: the pro-European Action and Solidarity Party, judging by the polls, will receive the majority of votes. However, if the Constitutional Court disagrees with the president's arguments, the next four years are likely to pass in the same turbulence. However, Moldovans are no strangers.

The head of the European Council continued his tour in Georgia. After the victory of the ruling “Georgian Dream” in the October parliamentary elections, unrest began – the opposition believes that the results were falsified. The arrest of Nikanor Melia, head of the United National Movement party of Mikhail Saakashvili, added fuel to the fire.

Charles Michel invited the parties to the negotiating table. “There are many unresolved problems, but everyone has the will to find solutions,” he tweeted, summing up the results of the meeting between Georgian Prime Minister Irakli Garibashvili and representatives of the opposition. However, the opponents admitted – the conversation with Michel did not lead to any specifics. We agreed to continue discussions. 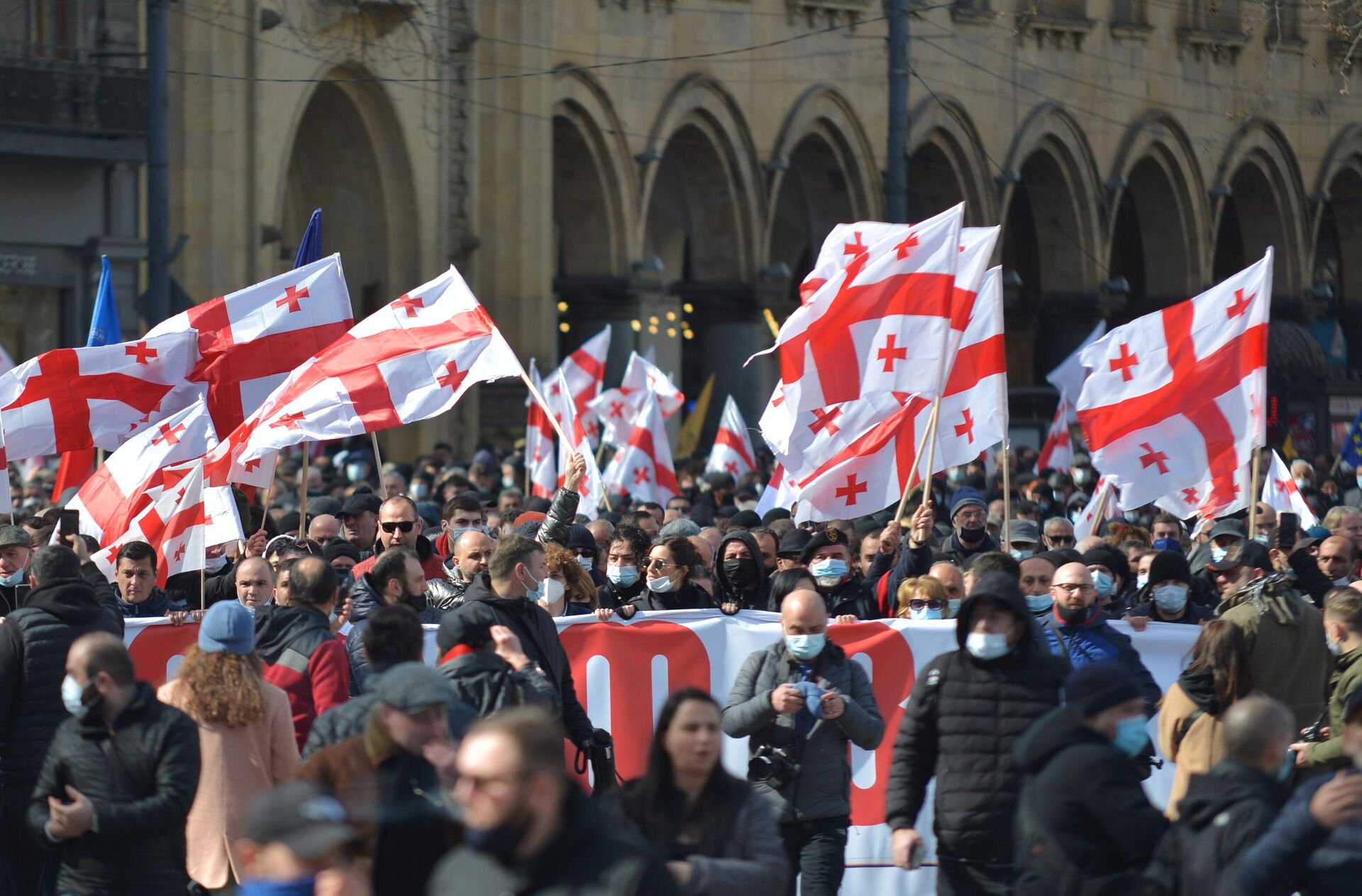 “The Europeans have shown diplomatic dilettantism,” says Archil Sikharulidze, founder of the Georgian research center SIKHA Foundation. “It's not that the parties can't agree – they don't want it.” The government won the elections, and it makes no sense for them to yield, he explains. And the opposition cannot remove the government as it pleases: the West has made it clear that it should obey the law, share responsibility and enter parliament.

“Europe will not call for a repeat election,” Sikharulidze says. “First, it’s not up to the West to decide. Second, a repeat vote will demonstrate that the legitimate government can be changed. And if lawlessness happens once, it will never end.”

Charles Michel's visit to the village of Khurvaleti on the border with South Ossetia is just a populist gesture, the expert said. The EU understands very well that Russia does not recognize the integrity of Georgia in the form in which Brussels and Tbilisi imagine it. Although a trip to the disputed region will not affect anything, it is an important move, indicating support for Georgia's sovereignty.

For reforms and Donbass

Michel's tour ended in Ukraine and was accompanied by protests: journalists from the closed TV channels 112 Ukraine, NewsOne, ZIK and First Independent came to the center of Kiev. They have tried to convey the message to Michel before, but to no avail.

However, the first thing the European did not go to the capital, but to the Donbass – to the village of Happiness in the Luhansk region.

“We provide all-round assistance and are making every possible effort to support the format of the Normandy Four and the work of the trilateral contact group. The main thing is to bring peace to the people of Donbass. And the way to it is the full implementation of the Minsk agreements,” the head of the Council of Europe announced at a joint briefing with Ukrainian leader Volodymyr Zelensky. The diplomat assured that the EU sanctions against Russia will remain in force.

Charles Michel's visit to Ukraine was more of a fact-finding – the European Union seeks to designate participation in local events, taking into account the instability in the region, believes the Ukrainian expert, author of the Carnegie Moscow Center Viktor Skorkin.

“The peace process is at a complete impasse,” he continues. “The Zelensky administration, first under pressure from the national-patriotic opposition, and now, based on its own guidelines, actually refuses to accept Donbass on the terms set out in the Minsk agreements. And the DPR and LPR themselves want more integration with Russia than with Ukraine. ” 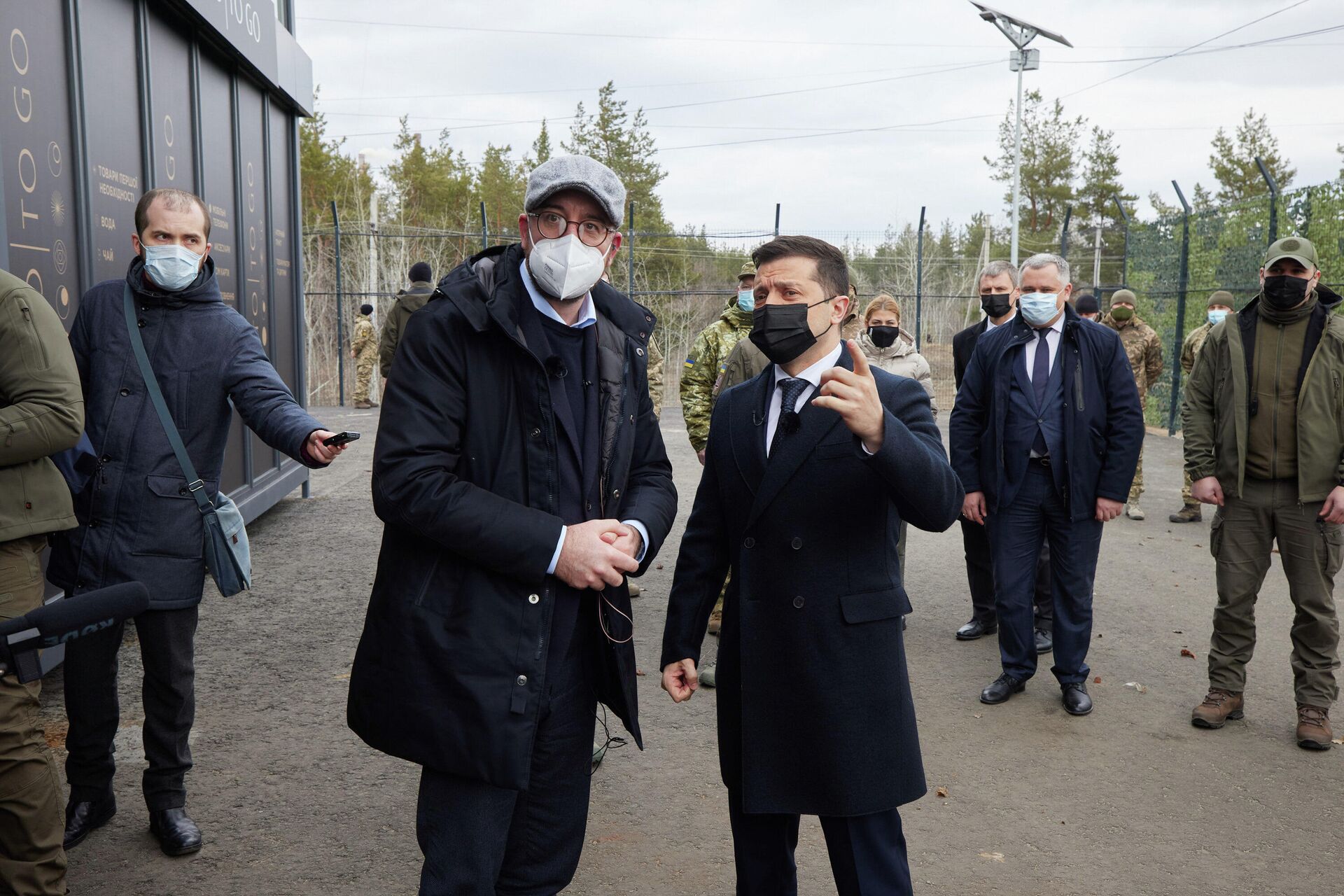 At the same time, Kiev and the unrecognized republics are developing unrealistic roadmaps with mutually exclusive requirements. Against this background, the European Union probably wants to play the role of a peacemaker, Skorkin argues, adding that this is unlikely to help.

At the same time, Michel supported Zelensky, noting the efforts of the authorities to fight corruption and even progress in this matter. “The judiciary is a closed privileged corporation. It is difficult to expect that the president will carry out such complex institutional transformations in one fell swoop,” Skorkin points out. But the team of the Ukrainian leader should also expect retaliatory strikes from the corruption system, which, of course, does not want any reforms.

Apparently, the main task of Charles Michel was to assure the partners of their readiness to come to the rescue. However, for example, promises “not to leave without vaccines” sounded against the background of a shortage of drugs in the European Union itself. Deliveries of AstraZeneca were disrupted, and until March 31, Brussels banned their export outside the block.

Nevertheless, on the eve of the EU summit, which will be held on March 25-26, Charles Michel did what Josep Borrell did not succeed in early February – he outlined a course for toughening relations with Russia. Against the background of the visit, personal sanctions against Russian officials came into force over the case of Alexei Navalny. This means that the trip of the EU representative looks a little more meaningful.