MADRID, February 26 – RIA Novosti. The exhibition of photographs of the winners of the 2020 Andrei Stenin Competition opened on Friday in Madrid, featuring more than 40 works from Russia, Spain, USA, UK, France, China and other countries.

The exposition in Madrid takes place in the House of Cantabria. It includes single photographs and series, which reflect the most acute problems – political and military conflicts, migration, environmental problems. Young photographers from 75 countries took part in the 2020 competition (according to the rules, participants must be no older than 33 years old, at this age Stenin died) from 75 countries, 5 thousand works were submitted. There are four nominations in the competition – “Top News”, “Sports”, “Portrait. A Hero of Our Time” and “My Planet”.

“The work these photographers do is very important – they convey to us the truth about what is happening in the world, and thus we become witnesses of important events,” said Dmitry Sokolov, Minister Counselor of the Russian Embassy in Spain, at the opening of the exhibition.

“I hope that this project will give an opportunity to honor the memory of Andrei Stenin, who died almost seven years ago. And it is very pleasant for me that many Spanish photographers participate in the competition every year,” said Sergei Sarymov, head of the Russian Center for Science and Culture in Madrid …

Sometimes you have to show cruelty

Three Spaniards are among this year's winners. 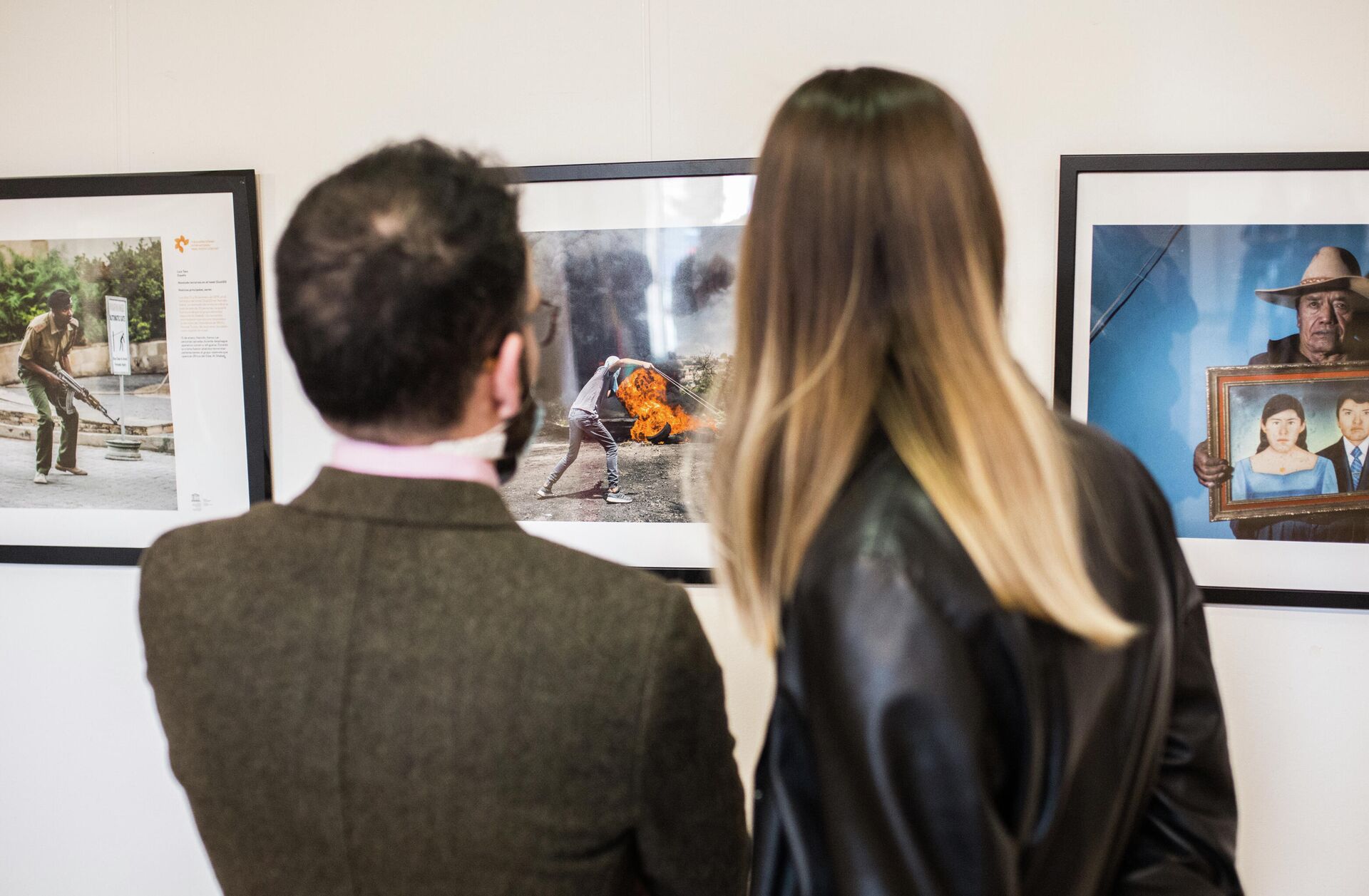 Luis Tato won the Grand Prix in the Breaking News (Series) category. His photographs captured the events of January 15-16, 2019 at a hotel complex in Nairobi (Kenya), where a terrorist attack took place, killing more than 20 people. The jihadist group Al-Shabab claimed responsibility, calling the attack a response to Donald Trump's decision to recognize Jerusalem as the capital of Israel. In addition, Tato received a special jury's award in the category “My Planet” with a series of photographs taken in Nigeria.

Louis has been living in Nairobi (Kenya) for several years and was unable to come to the exhibition in Madrid due to the pandemic. He recorded a video message in which he expressed confidence that visitors “will enjoy the exhibition, its quality and the depth of its themes.”

“Sometimes it is necessary to show reality in a tough and real way, people need to see in order to understand,” Luis told RIA Novosti by phone. No dry figures can have such an impact, he noted.

The photographer shared his memories of how he ended up at the scene of the terrorist attack. “That day I was at home in the morning, a friend called me, said that there was a very powerful explosion. I did not know what was happening. I took my cameras and went there. When I arrived, I saw that something serious was happening – there were a lot of police and the people left the complex covered in blood, “Luis recalls. “Explosions, shots continued, people ran. It was a tense and difficult situation. At this moment, you are experiencing an internal struggle. You are trying to get closer to the place where something is happening in order to do your job, but personal safety must also be observed,” is he.

Luis, who works primarily for AFP, admits that the photojournalist profession is going through hard times, as the media are forced to “obey social media and speed” and instead of quality are forced to “look for quick click opportunities.” “Therefore, initiatives such as the Andrei Stenin competition are very important. We need a platform where the work of young photojournalists is appreciated and tried to distribute, since many spend their money and even risk their lives to tell stories that they really believe in,” added Luis … 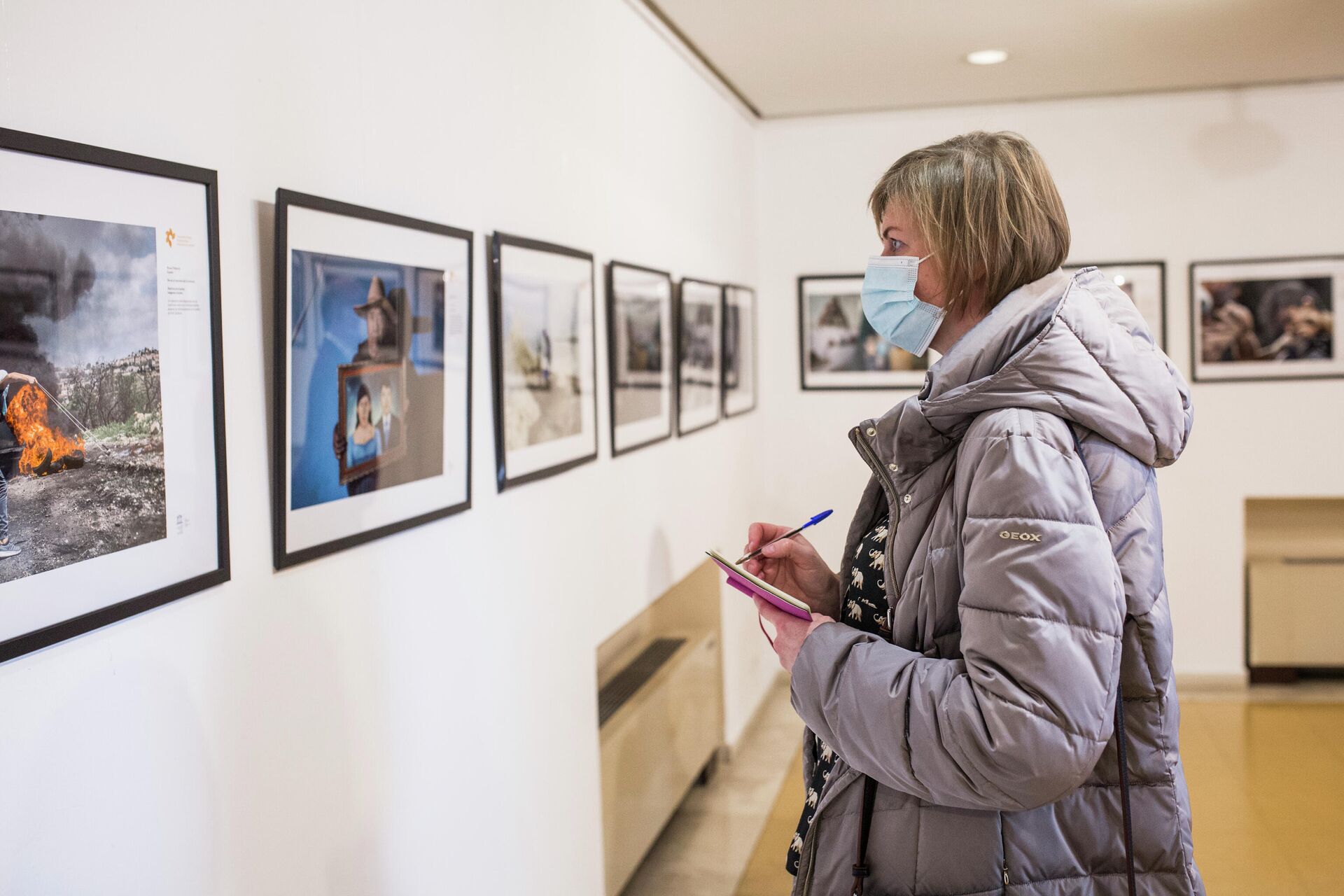 Bruno Thevenin took third place in the competition in the category “Top news” (singles). His photograph, taken in the village of Kafr Kaddum, shows a Palestinian boy shooting a slingshot at Israeli soldiers. Spaniard Luciano Cagliardi won the third prize in the category “Portrait. A Hero of Our Time” with the photograph “Batman Doing Good”, taken near the children's hospital in the Argentine city of La Plata. This man has been wearing a suit for six years now to entertain and amuse little patients.

“Spanish photojournalists have repeatedly become winners in the nominations of our competition … I hope that in 2021 we will receive many applications from young photographers from Spain, and, of course, we wish them victory,” the curator of the Stenin Competition said in a video message to the guests of the opening ceremony. Oksana Oleinik, head of the visual projects service of the Russia Today media group.

The exhibition was organized by the Russia Today media group, the founder of the competition, and the Russian Center for Science and Culture (RCSC) in Madrid. The exhibition is open until March 12, admission is free.

The stop in Madrid was the third in the exhibition tour of the 2020 competition. Before Spain, the exhibition was held in DR Congo and South Africa. From the beginning of February, the online exhibition of the works of the 2020 competition winners can also be seen on the resources of the Permanent Mission of the Russian Federation to the Council of Europe in Strasbourg – on the website of the representative office, as well as in its official Facebook accounts.

The online exhibition can also be viewed on the virtual gallery platform.

The submission of works for the competition in 2021 traditionally started on December 22 – on the birthday of Andrei Stenin. Applications until February 28, 2021 can be submitted in Russian, English and Chinese on the competition website.

The Andrei Stenin International Photojournalism Competition, organized by the Rossiya Segodnya International News Agency under the auspices of the RF Commission for UNESCO, aims to support young photographers and draw public attention to the tasks of modern photojournalism. This is a platform for young photographers – talented, sensitive and open to everything new, where they draw our attention to people and events near us.

The general information partners of the competition are: the all-Russian state TV channel “Russia-Culture”, the TV channel “Moscow 24”, the information and news portal Vesti.Ru and the tvzavr Internet cinema. 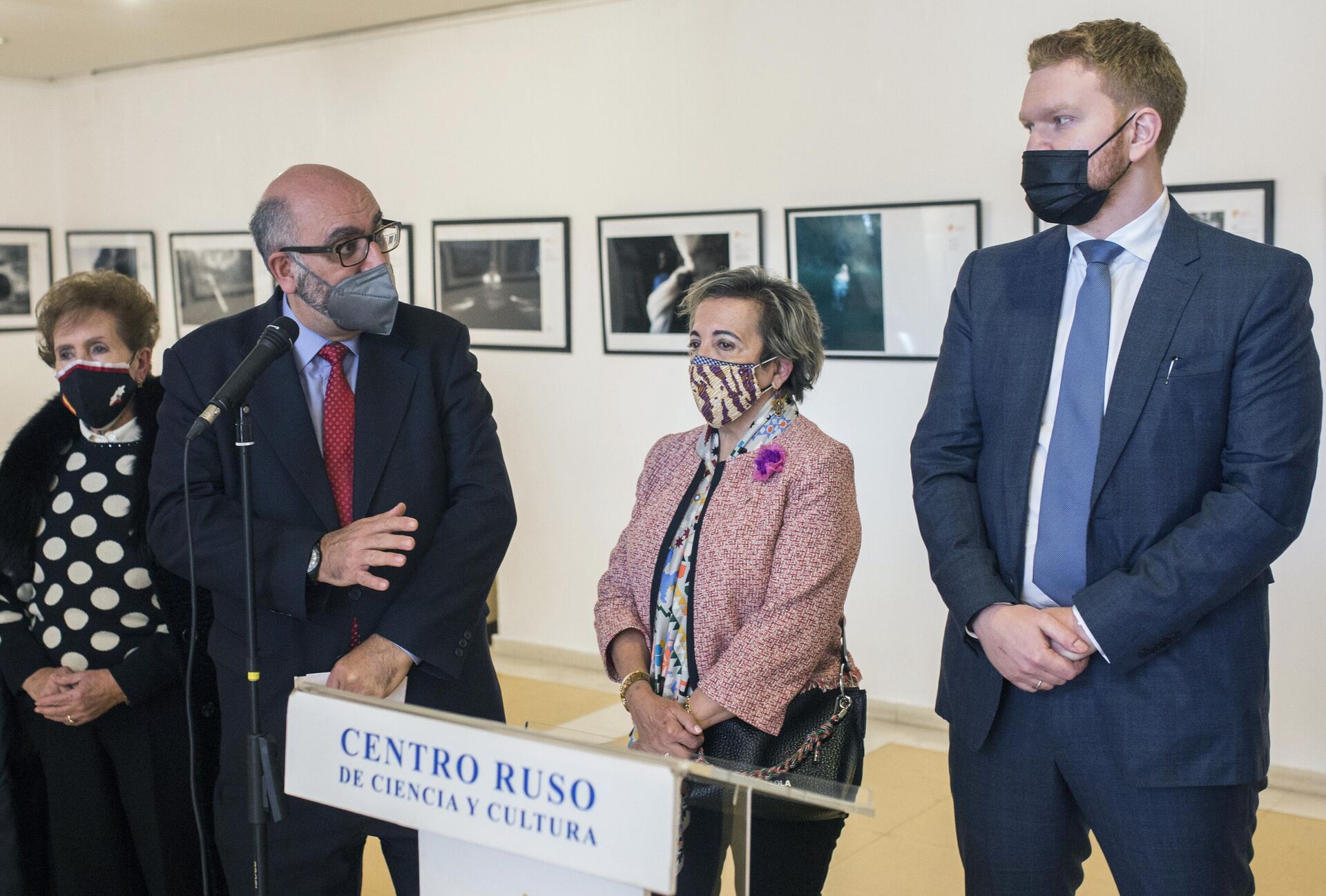 In the status of industry partners, the competition is supported by the Union of Journalists of Russia, the YOung JOurnalists information portal, the Russian Photo portal, the Photo-study.ru portal, the Academy of Photography photography school, the Fotoargenta magazine, the New Delhi Photojournalism Club, LF Magazine, the All About Photo, EYE photography magazine, Artdoc magazine, IPhoto Channel internet portal, international partner platform – PhotON festival.