MOSCOW, 21 Feb – RIA Novosti, Viktor Zvantsev. In Tver, the investigation of another criminal case of three members of the brutal Lomovskie gang has been completed. Three local businessmen were also in the dock. According to the investigation, it was they who ordered several murders, committed in the early 2000s. The businessmen themselves deny everything. RIA Novosti reports on the motives of these crimes and how one of the members of the group took revenge on his accomplice for the murder of the famous singer Mikhail Krug.

“I wanted to repent”

On the evening of November 15, 2001, the wife of the owner of the local shop “Avtomir” Oleg (the names of all victims were changed at the request of investigators) addressed the police department of the city of Kimry and said that her husband had not returned home from work. First of all, the operatives visited the businessman's garage. The door was ajar, and inside, next to the car, lay the body of its owner with a broken head.

Hot on the heels, no one was detained, the verification of friends and acquaintances of the deceased also gave nothing, and the investigation was suspended. They returned to this case only in September 2019, when Alexander Ageev, a prisoner of the Yamal-Nenets special regime colony “Polar Owl,” wrote another confession. 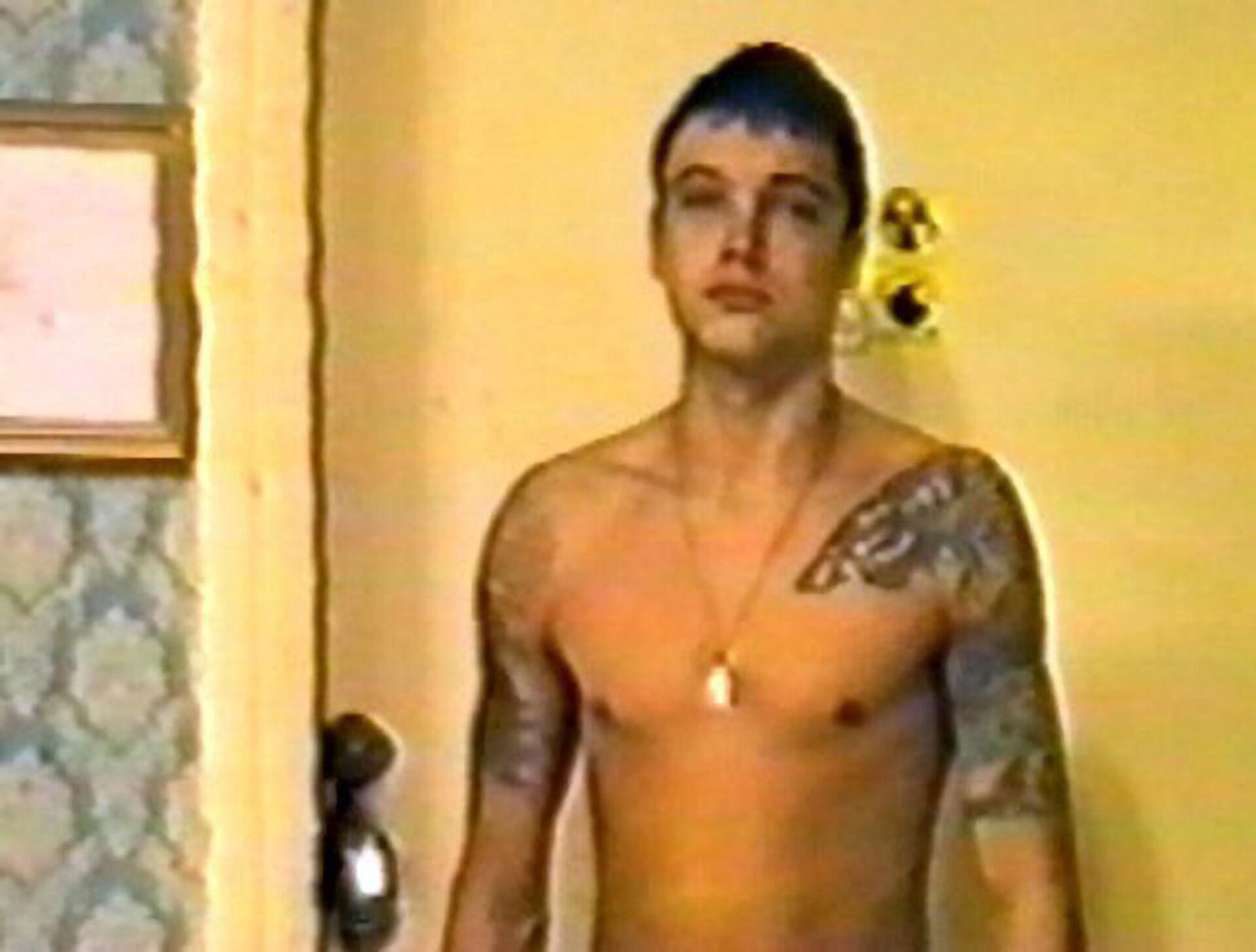 “By that time, Ageev had already been sentenced to life imprisonment,” says RIA Novosti Deputy Head of the First Department for Investigation of Particularly Important Cases of the Investigative Directorate of the Investigative Committee of the Russian Federation in the Tver Region, Major of Justice Alina Dubasova. punish”.

According to investigators, the murder was organized by a direct competitor who was the first in Kimry to open auto parts stores and did not want to share the market with anyone. He talked to Anatoly Osipov, the right hand of the crime boss Alexander Kostenko, and he sent a brigade of killers to the city. The businessman was hunted down for several days and, at the right moment, killed.

Kostenko, nicknamed Lom, formed a gang back in the late nineties, and in the 2000s, the leader's prison friend, the same Osipov, joined it. 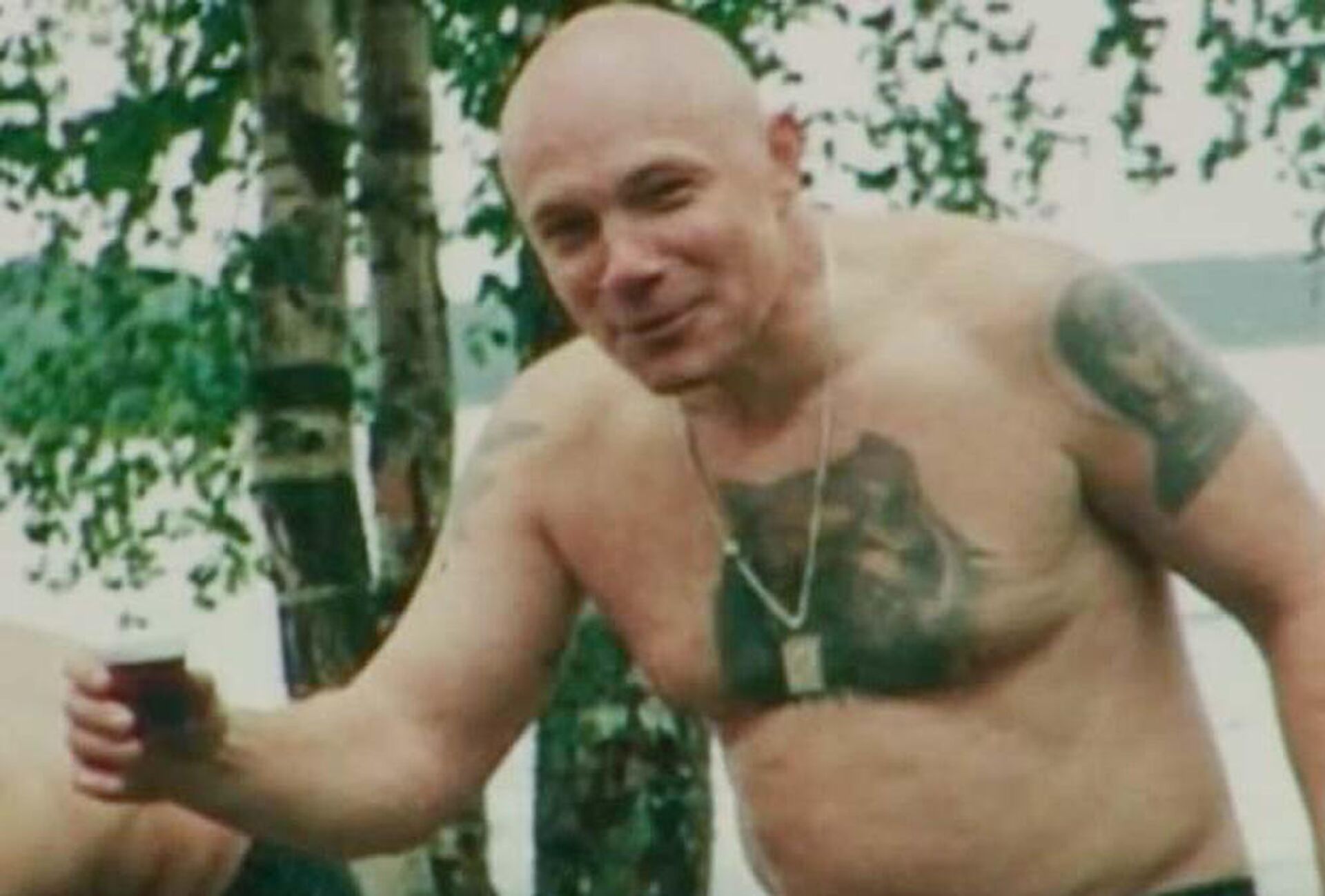 “By nature he was very cruel, so he offered to resolve all issues by force, – explains the investigator. – For this he created a so-called military wing, which included friends, as well as 24-year-old son of Osipov, Alexander. The bandits were engaged in racketeering, robberies, robberies and ordered murders. “

In Tver, powerful criminal groups were already operating: the organized crime groups of Karelin, Azizov, as well as the Chechen brigade, but all of them were soon beheaded. The leader of the latter, Zelimkhan, was killed in February 2002 with two pistol shots to the head when he was leaving the house with his girlfriend. The girl, although she was a witness, was left alive. According to the investigator, the criminals had a principle – to kill only those who interfered with their “business” or for whom the “order” came. Outsiders were not touched.

All the bandits were fond of sports, led a healthy lifestyle. Before being adopted “into the family”, they were subjected to various tests. Ageev, for example, in order to become Loma's personal guard, had to walk home by different routes for a week, memorize the numbers of all cars in the yard.

The influence of Kostenko in the region was growing. More and more merchants paid tribute to him or asked for help. Moreover, the leader acted very cunningly – he artificially created problems for entrepreneurs, and then he himself solved them. As a result, many businessmen found themselves in debt, and Loma was soon called the shadow governor of the region.

An offer you can't refuse

“He several times suggested to his fellow countryman Mikhail Krug to deduct part of the money from concerts in favor of the gang,” Dubasova continues. “He refused and said that no one would dare to touch him. Then Lom organized a robbery of the chansonnier’s house, suggesting that he would then turn to him for help. Kostenko, as usual, will solve the “problem”, and the singer will owe him. “

Ageev, Dmitry Veselov and a young driver were sent to the case on June 30, 2002 – he was waiting in the car. The circle at this time was supposed to perform on the City Day, but the day before the mother-in-law came to the singer, so he stayed at home. Having run into the owners, Veselov opened fire. Why is a mystery. 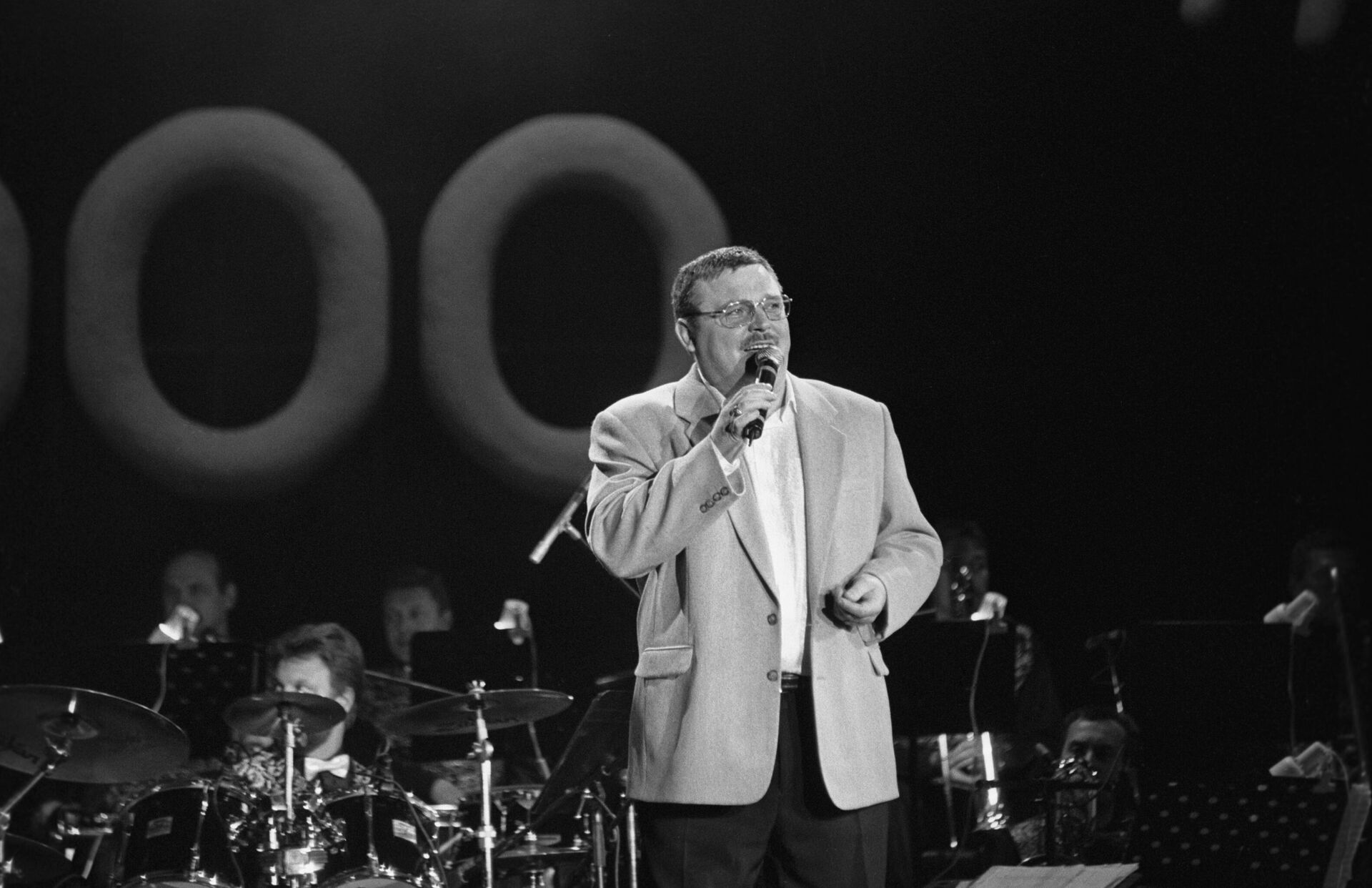 The high-profile murder has long been unsolved. The crime was condemned even in the criminal world, and the singer's close friend – thief in law Alexander Severov, better known as Sasha Sever – conducted his own investigation and, as he later admitted to Dubasova during interrogation, established the names of the hijackers.

In the end, the investigative-operational group also figured them out. A year and a half ago, information was received that Veselov, a member of the Tver Wolves gang, was involved in the massacre of the singer. He himself was already dead by that time.

“We found a girl and two close friends of Veselov, to whom he told that after the murder of Krug he was afraid for his life,” the investigator clarifies. “The fears were not in vain – a year later, Osipov Jr. found out that it was Veselov who had dealt with his idol, and shot “colleague”.

In 2003, Loma's bodyguard, Ageev, was sent to the colony for a series of murders for 22 years. The killer was in no hurry to cooperate with the investigation, as it is now. Meanwhile, his accomplices continued to shed other people's blood. 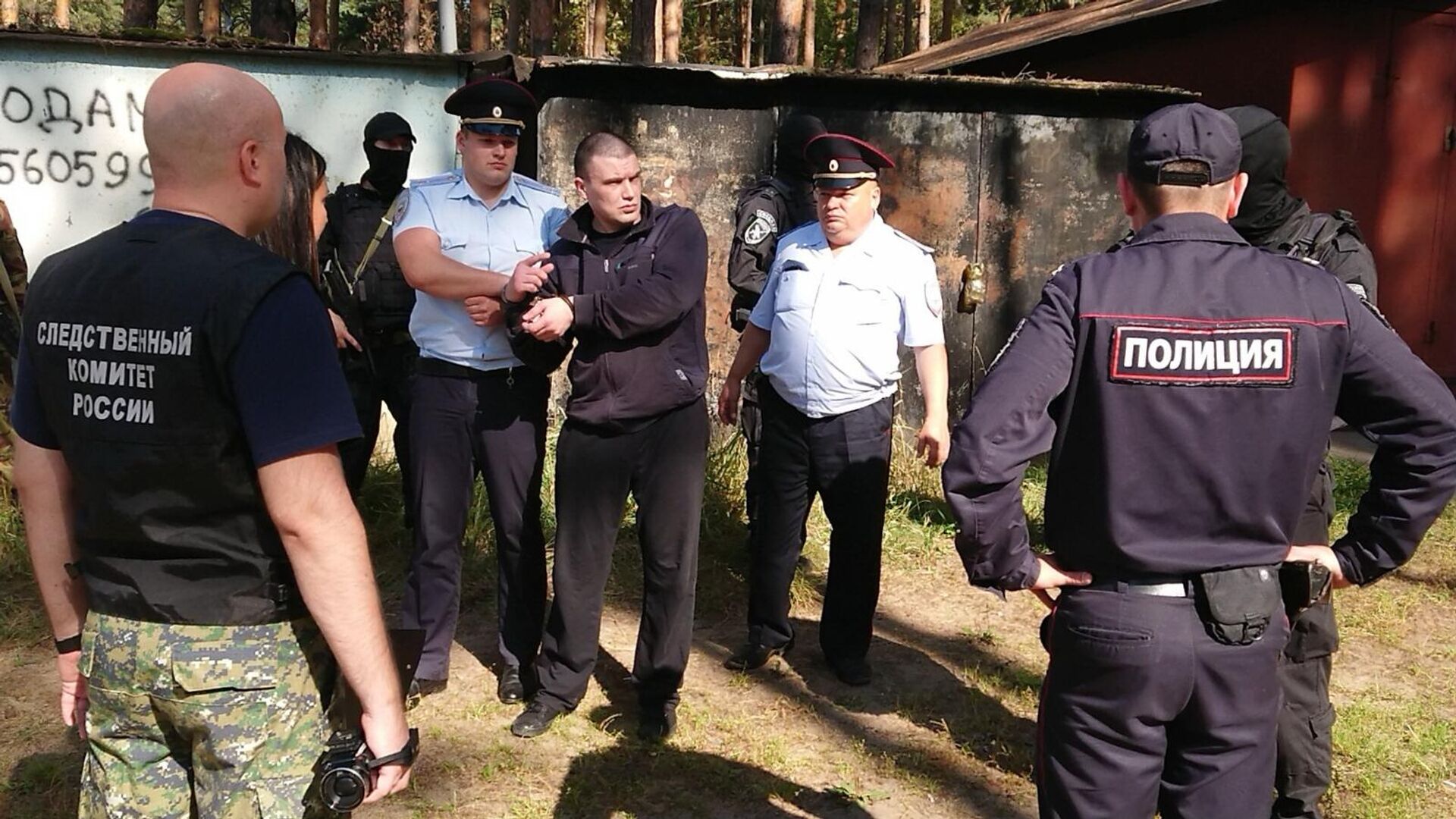 In 2006, Kimry was shocked by a brutal murder – the bandits calmly dealt with the director of the local market, his wife, daughter and son, taking all the money and valuables from the house. A year later, operatives contacted Alexander Osipov, Dmitry Baskakov and others. The detentions continued for several months.

In 2009, Ageev, Osipov and Baskakov were sentenced to life imprisonment for the massacre of the businessman's family and a number of especially grave crimes. Although almost nothing remained of the gang by that time (Osipov Sr. was eliminated in 2005, Kostenko in 2006), investigators still have to unravel the tangle of its crimes.

“Having confessed to the murder of the owner of a car shop, Ageev also spoke about the massacre of the leader of the Chechen organized criminal group,” the investigator adds. all three were in different colonies and did not contact each other. “

As a result, the UK resumed cases on four murders at once and detained the likely customers. According to the investigation, the crime boss Zelimkhan was ruined by the conflict around the network of Tver car washes and tire shops. Part of the shares was owned by one of the representatives of the Chechen diaspora, and his fellow countrymen regularly used the services of the firm.

“Then he went out of business, but Zelimkhan and his friends continued to visit the car wash, behaved there very cheekily, like the owner,” Dubasova explains. “The new owner did not like this. He tried to reason with the leader of the organized crime group with words, and after making sure that it was useless, turned to Kostenko. Ageev was instructed to fulfill the order. “

The Lomovskys understood that the Chechen diaspora would react to the murder of Zelimkhan. The attempt was presented as revenge of the Moscow crime boss, with whom the leader of the organized crime group had a serious conflict in one of the nightclubs in Tver. The Chechens bought into the ruse.

According to the investigation, the “Wolves” also received an order for a resident of Torzhok Vladimir from a local businessman. The merchant shared the rented space with another entrepreneur. He made repairs and offered a neighbor to reimburse some of the costs. Having received a refusal, he contacted Kostenko. In April 2002, Osipov Jr. shot an intractable businessman near his car.

In the same year, the Tver crime boss Nikolai, who, according to operational data, was engaged in the illegal trade in alcohol, disappeared. According to the UK, the order for “Lomovskiy” came from a merchant who wanted to monopolize the alcohol business. 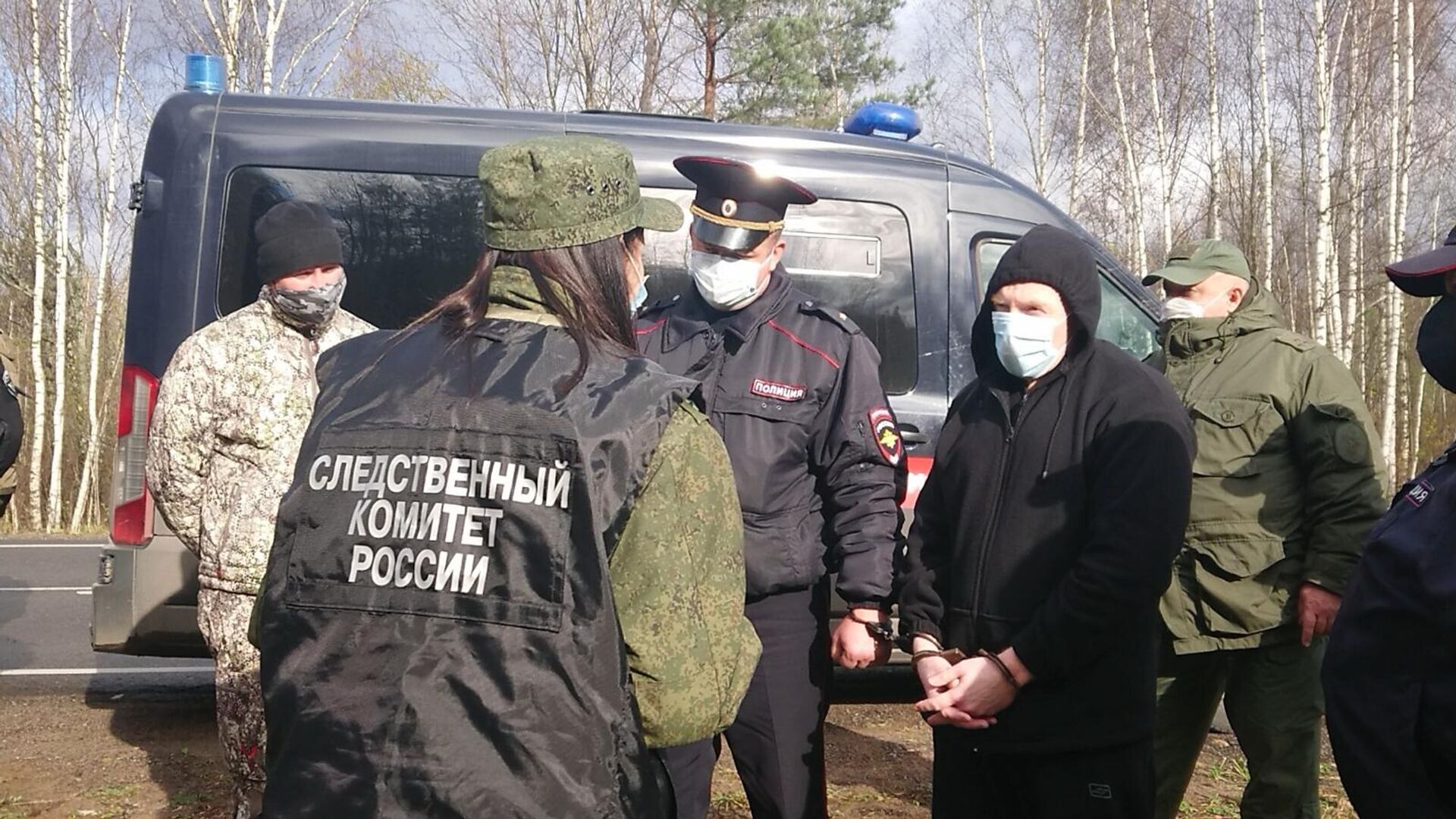 Since the Osipovs were familiar with Nikolai, they tricked him out of town, killed and buried him. The corpse, by the way, has not yet been found – there is a highway at the burial site now.

“The bandits took every murder very seriously,” Dubasova notes. “If they were instructed that a crime should be passed off as a robbery, they never used firearms – only crowbars or sticks. To simulate a robbery, they turned their pockets inside out. They also very competently disguised themselves, using glasses and wigs. “

Ageev, Osipov Jr. and Baskakov continue to cooperate with the investigation and expose accomplices. Three businessmen, whom the UK considers to have ordered the killings, have so far been denied everything. If their guilt is proven, the merchants will be sent to a colony for 15 years. True, it may turn out that the statute of limitations for these crimes has expired.