MOSCOW, 17 Feb – RIA Novosti. Cod is one of the most popular commercial fish. What useful and harmful properties it possesses, where it is used, as well as how to choose the right and deliciously cook cod – in the material of RIA Novosti.

Description and types of cod

Cod is a type of fish of the cod family, the white meat of which has a low calorie content and saturates the body with a mass of useful substances. Its name in the Old Russian language meant “sliver”, probably because the meat of this fish breaks down into fibers during drying and cooking. In German, cod is “stockfish”, which means “stick fish”. In Russia, in the old days, fish was also called “labardan”.

In Russia, several species are industrially mined that are part of the cod family: Far Eastern pollock, pollock, Pacific and Atlantic cod, haddock, Far Eastern and northern navaga, Arctic cod and blue whiting. All of them live in salt water, never found in freshwater bodies. In the latter, only one representative of the cod is found – burbot. 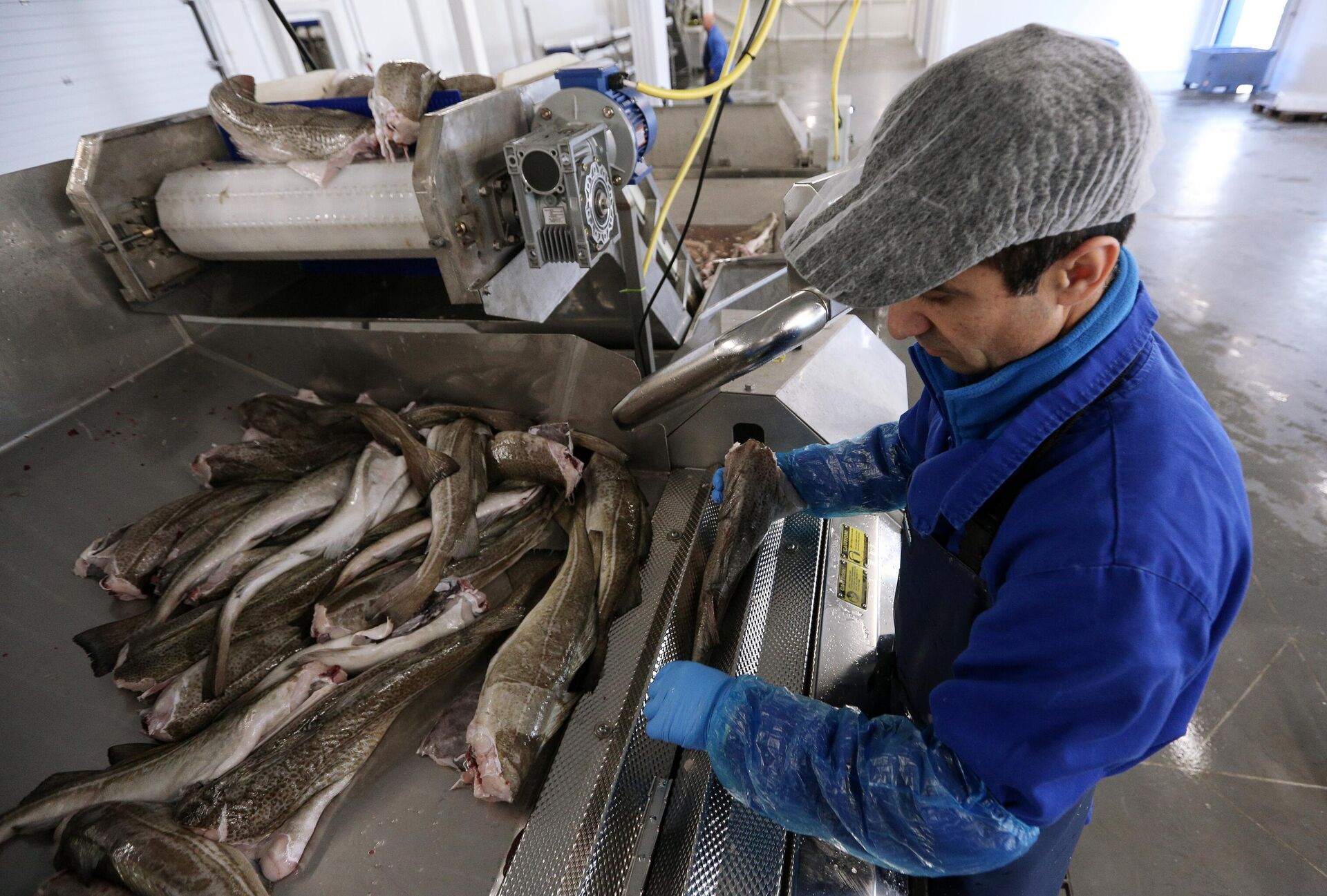 Cod is caught when it reaches the age of 3-4 years. Most species by these years reach 40-50 centimeters in length and 5 kilograms in weight.

Atlantic cod is considered the leader in size. She can live up to 25 years, and at the same time her growth does not stop. Such fish can reach 1.8 meters in length and weigh about 90 kilograms.

Cod contains vitamins A, B1, B2, B6, B9, B12, C, E, H, PP, polyunsaturated fatty acids Omega-3 and Omega-6, as well as minerals: potassium, sulfur, calcium, phosphorus, sodium, iron, copper, fluorine, iodine, molybdenum, chromium, cobalt, nickel, zinc, manganese. This combination of substances in the product helps the normal functioning of organs and systems in the human body. 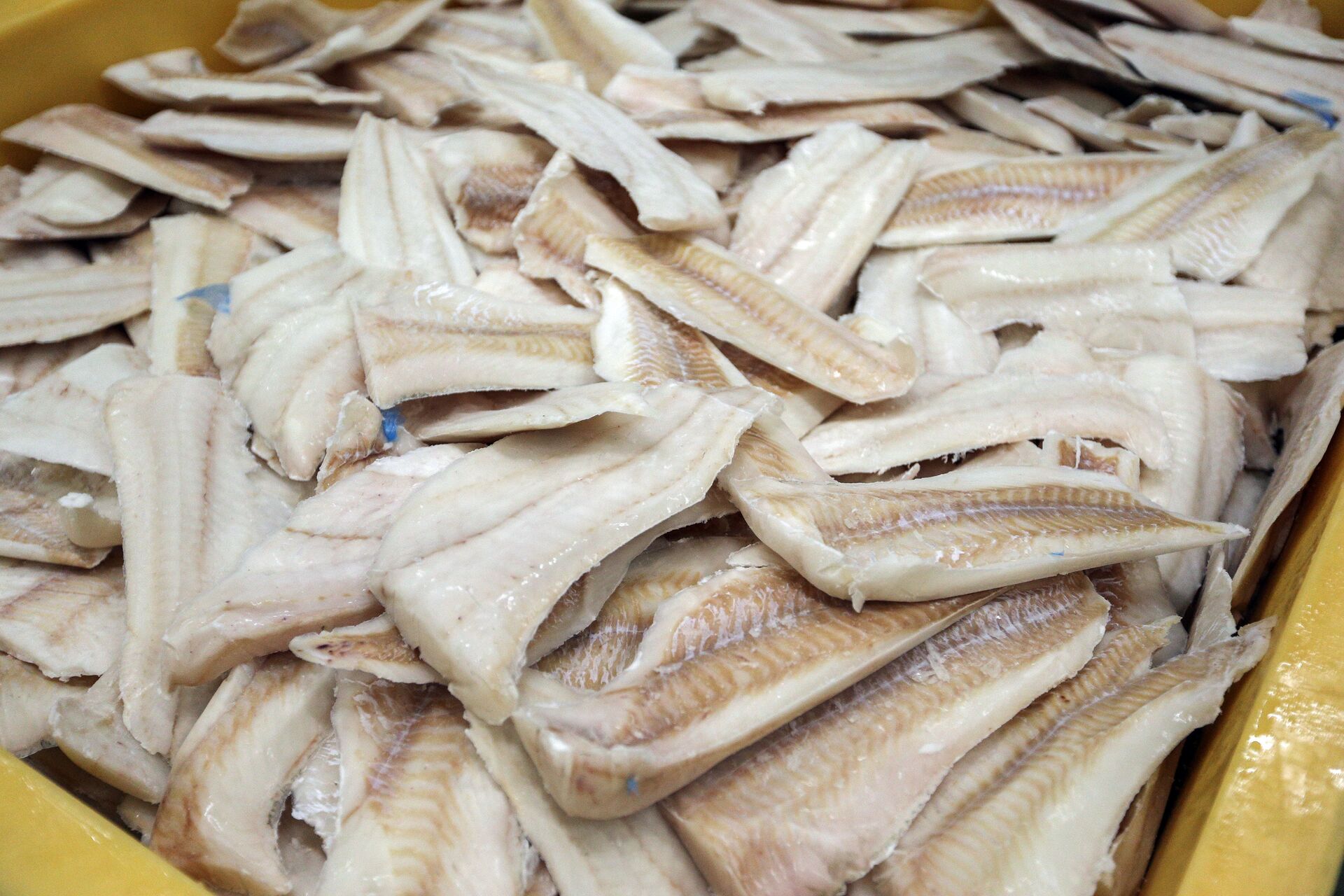 Due to its composition, cod is invaluable for the human body.

Antioxidants contained in fish slow down the aging process of tissues, protect cells from free radicals, and reduce the risk of cancer.

According to the study, published in the American scientific journal Chest, Omega-3 as part of the cod stabilizes the state of the cardiovascular system by improving the heart rate variability.

The main benefit of cod for women is that it helps to maintain beauty and youth. Phosphorus, calcium and other substances in fish contribute to the growth of hair and nails, strengthen bone and cartilage tissues, and improve the condition of the skin. In addition, eating fish has a beneficial effect on the production of sex hormones.

In a child's diet, cod contributes to its full development: it regulates the work of the endocrine system, has a beneficial effect on the cardiovascular system and the work of the brain, helps to avoid anemia, participates in the formation of tooth enamel, and increases bone strength.

Eating cod can be harmful if you are hypersensitive. People who are allergic to seafood should exercise caution when including it in their diet.

Also, experts do not recommend using this fish for people suffering from diseases of the gallbladder and kidneys, hypotension and hypercalcemia.

The effect of cod on the body of pregnant and lactating women is ambiguous. The reason is the increased mercury content in some parts of the ocean where fish live. The accumulation of heavy metal in the body is especially dangerous for the health of children. It is better for them to stop eating cod.

The product is obtained from large specimens of cod that are harvested in the Barents and White Seas. Canned food or medical fish oil is made from cod liver. Including them in the diet will help to avoid osteoporosis, arthritis, rheumatism, diseases of the cardiovascular, nervous, hormonal and immune systems. In addition, the product is allowed to be consumed with diabetes mellitus, since it does not contain sugar. 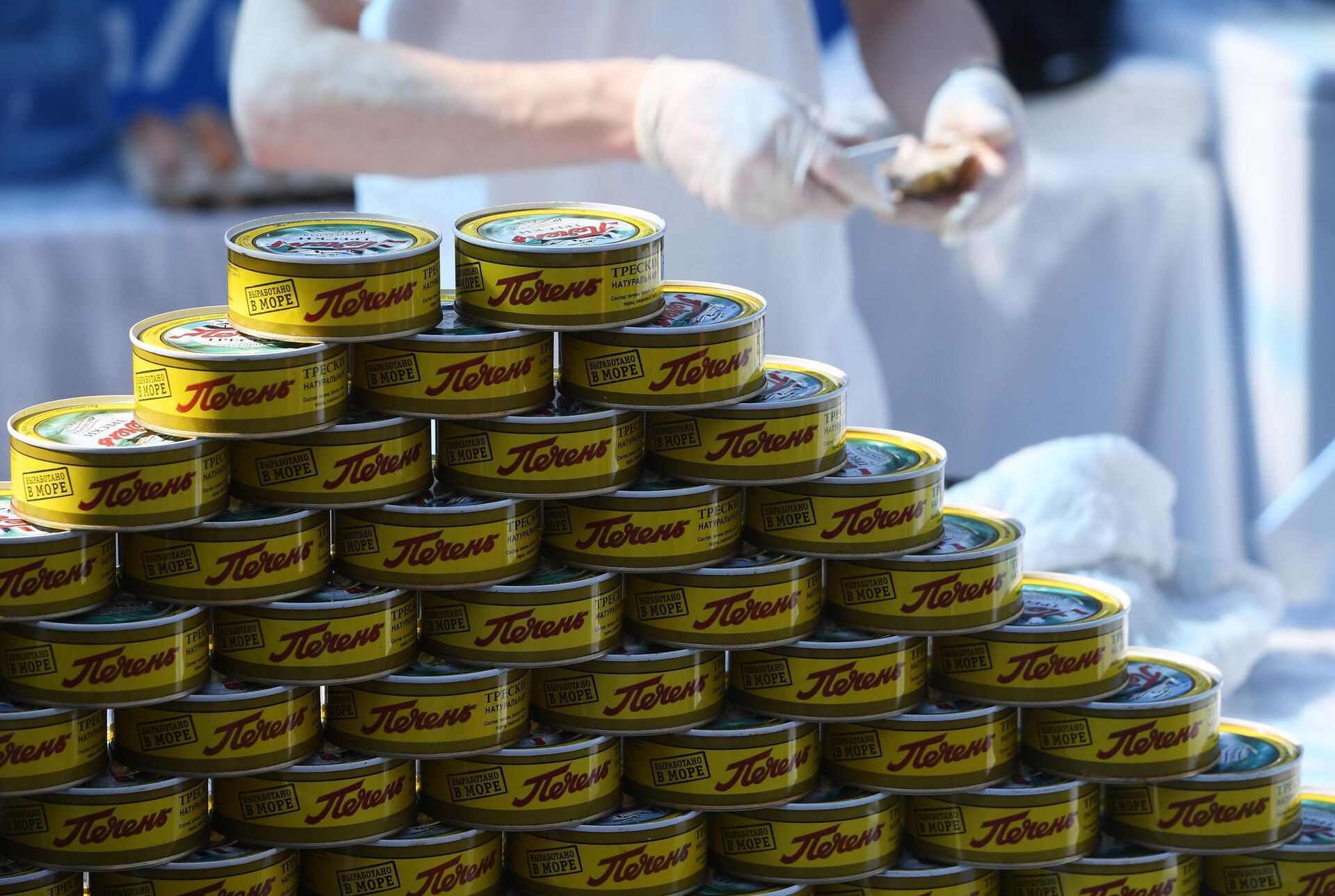 At the same time, you should not get carried away with canned cod liver food, since they are quite high in calories (613 kcal per 100 grams of product).

A medium-sized cod carcass contains no more than 0.6% fat, which is why nutritionists include it in the menu of patients who seek to lose excess weight. The product activates metabolic processes in the body and helps to recover from physical exertion.

Fish are also advised for hypertensive patients, since the substances contained in cod help lower blood pressure, strengthen the heart muscle and vascular walls, and promote the removal of excess cholesterol from the body. Fish is also useful for people suffering from anemia. – In medicine, fish oil is actively used, which is obtained from the liver of cod. It is useful for brain function, stabilization of the nervous system, strengthening of immunity, synthesis of hormones. The substance is sold in capsules or in liquid form. A quality product must contain at least 60-70% Omega-3. However, you shouldn't use it uncontrollably. Before buying, it is important to consult a doctor, get tested, – told RIA Novosti nutritionist and nutritionist Olga Kotova.

How to choose the right one

It is best to choose cod in supermarkets that have special ice display cases. In fresh fish, the scales and skin should not be damaged, and the eyes should be transparent and clean. Dark gills and cloudy eyes are signs of prolonged and improper storage.

There are few bones in the cod, as in many marine fish – only the ridge and ribs. They are large and easily separable from meat.

It is better to buy cod fillet for those who want to lose weight, since it is considered dietary: only 80 kilocalories per 100 grams. And the most delicious part is the backs of cod, which in many countries are considered a delicacy for their juiciness and tenderness. The Folk Fishing Festival was held on Lake Rodnikovo near the village of Melnikovo (Shegarsky District) of the Tomsk Region.

How to store cod

In the refrigerator, subject to the temperature in the range from -2 to 0 degrees, the shelf life of fresh cod should not exceed 3 days.

Fish can be stored in the freezer for 7-10 months. Repeated defrosting and freezing is not recommended, as this will not only spoil the taste and texture, but can also harm digestion.

Cut the cod into steaks, finely chop the dill. Beat the egg with milk and add half of the chopped herbs, salt and pepper to it.

Pour the milk and egg mixture into a greased baking dish, place the fish in it so that its surface remains open.

Season the cod with salt, pepper and sprinkle with the remaining herbs, and then spread the sour cream on top and put the cod in an oven preheated to 180 °. Cooking time is 35-40 minutes. 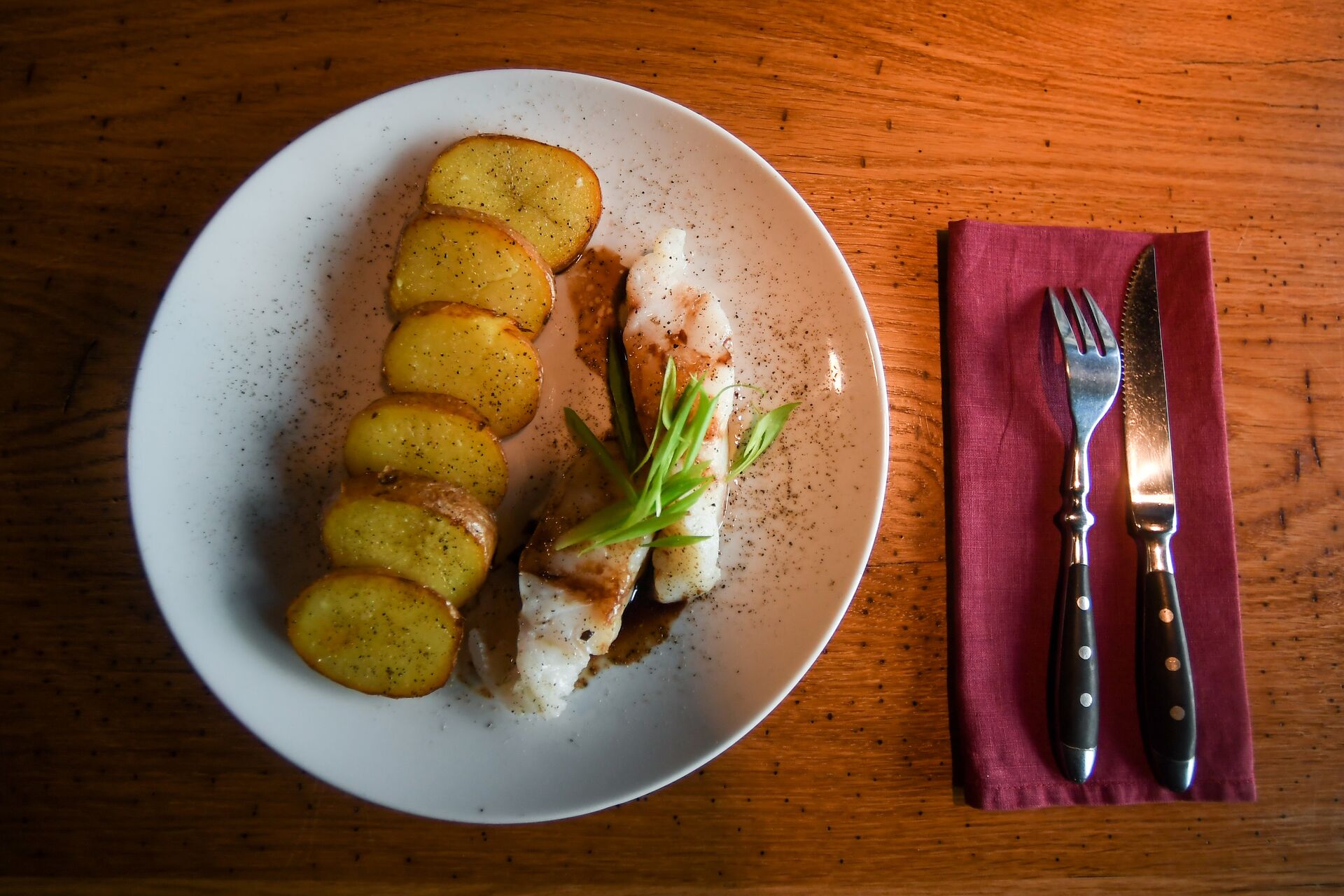 Cut the cod fillet into pieces, sprinkle with salt, pepper, then breaded in flour.

Fry cod fillets over medium heat on both sides until cooked: 2-3 minutes on one side, 1.5-2 minutes on the other.

You can serve fish with potatoes, as well as tomato or mushroom sauce.