MOSCOW, 16 Feb – RIA Novosti, Anton Lisitsyn. The head of the office of the President of Ukraine Andriy Yermak proposed to include the United States in the negotiations on the Donbass. Meanwhile, the former head of state Petro Poroshenko demanded the return of Ukrainian troops to their former positions. On the eve of the sixth anniversary of the second Minsk agreements, which were supposed to end the conflict. The fact that this time prevents the end of the war – in the material of RIA Novosti.

Waiting for a meeting

A document called “A package of measures to implement the Minsk agreements” was agreed at a summit in the Belarusian capital in February 2015 against the backdrop of the heavy defeats of the Ukrainian army in Donbass. It was signed by the Contact Group for a Peaceful Settlement – representatives of Kiev, Moscow, the self-proclaimed republics and the OSCE.

For the “anniversary” date, Vladimir Zelensky went to the front line, where he commented on the next anniversary. “My attitude to Minsk is very simple: it needs to be taken apart into details, all steps must be written down, linked to dates and followed,” he said. True, the question was bypassed why Kiev is in no hurry to fulfill the political part of the agreements.

Judging by the accents, it is not the agreements themselves that are more important for him, but the meeting in the “Normandy format”. Kiev, according to him, has presented certain proposals for the implementation of “Minsk-2”. “We expect that the parties will soon accept this document, and then there will be an opportunity to bring the summit of the Quartet closer,” Zelensky said. 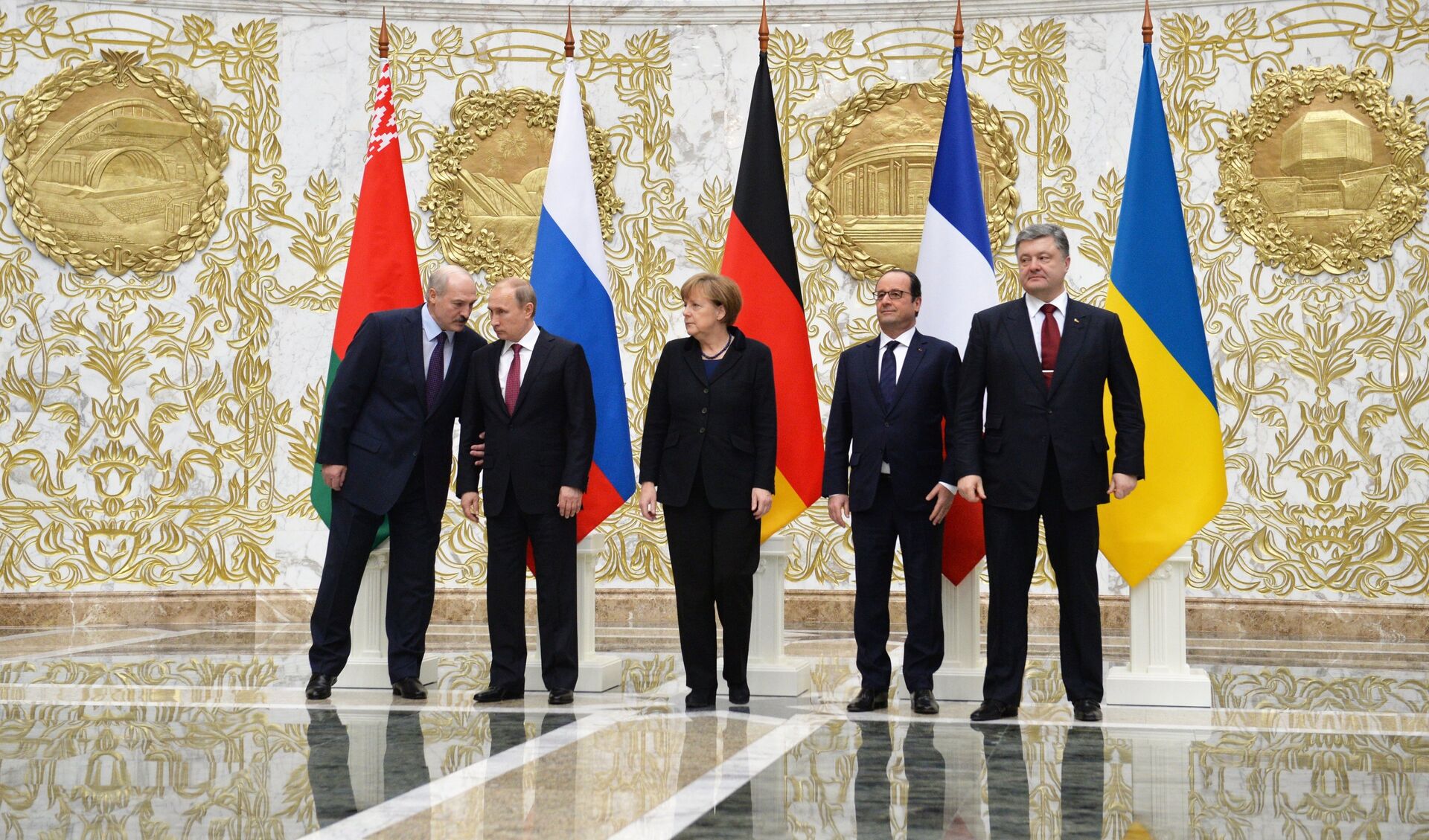 He assured that Kiev is complying with the agreements reached at the only Normandy format meeting for Zelensky in December 2019 in Paris. “People were returned, there were clearing, demining of a certain number of areas. But much was not done,” the Ukrainian leader admitted.

The other side of the conflict directly accused Kiev of disrupting the agreements. Natalia Nikonorova, plenipotentiary representative of the self-proclaimed Donetsk People's Republic (DPR) at the negotiations of the Contact Group, said that “of the 13 points, in fact, not one has been fully implemented.” “Ukraine, under any far-fetched and often absolutely absurd pretexts, evades the practical application of the Minsk agreements,” she added.

Lugansk also believes that the provisions of the document do not suit Ukrainian politicians. Rodion Miroshnik, a representative of the self-proclaimed Luhansk People's Republic (LPR), pointed out that “the last year of the Minsk process is Kiev's complete refusal to settle a settlement in favor of seeking its own political bonuses.” “Zelenskiy needs a rating, not a solution to the conflict,” he concluded.

Russian Foreign Minister Sergei Lavrov is more complacent. He stressed that Moscow is interested in the agreements approved by the UN Security Council. “If there is a document that is completely” unkillable “, if people are trying to justify their actions for non-fulfillment with ridiculous assurances, this is beneficial for us diplomatically,” the Foreign Minister said frankly.

He recalled the compromises offered to Kiev, for example, the so-called Steinmeier formula – when elections in the region are linked to border control. But, the head of Russian diplomacy continued, since Ukrainian politicians do not follow Minsk-2, “it means that as long as Donbass lives as it does.” In addition, according to Lavrov, Moscow and Kiev now have no other topics for dialogue.

All this time on the line of contact – aggravation. So, on February 14, in Lugansk, they reported the death of three servicemen of the Armed Forces of Ukraine (AFU): they were blown up by a Ukrainian mine. A representative of the militia said: “Not having updated maps of minefields, during the movement, three so-called paratroopers wandered into minefields and were blown up by a mine previously set by an engineering platoon of the 59th Armed Forces brigade.”

By that time, Zelensky had left for a visit to the United Arab Emirates, from where he ordered Defense Minister Andrei Taran and Commander-in-Chief of the Armed Forces of Ukraine Ruslan Khomchak to urgently arrive in the conflict zone and find out. “We protect the lives of our soldiers, at the diplomatic level, through complex negotiations, we agree on the establishment of a ceasefire, then we read about the death of our soldiers from mines in the territory we control,” the president was indignant.

Thank you for coming

And while the head of state was busy, the voice of the head of his office sounded in Kiev. Yermak once again expressed a common idea among Ukrainian politicians – the Minsk agreements, they say, are impracticable, but the authorities are trying to comply with them. He even boasted of his successes: “The Ukrainian side managed to radically change its representation in the Minsk process and raise the level of unconditional support from our European partners, Germany and France.”

In what it was expressed, he did not explain. But he stressed: Zelensky's trip to Donbass is also needed in order to convince the Western partners – representatives of the G7 – that Kiev is right. “It is important for us that they came and saw with their own eyes what was happening, as well as how Ukraine is fulfilling its obligations,” he said. 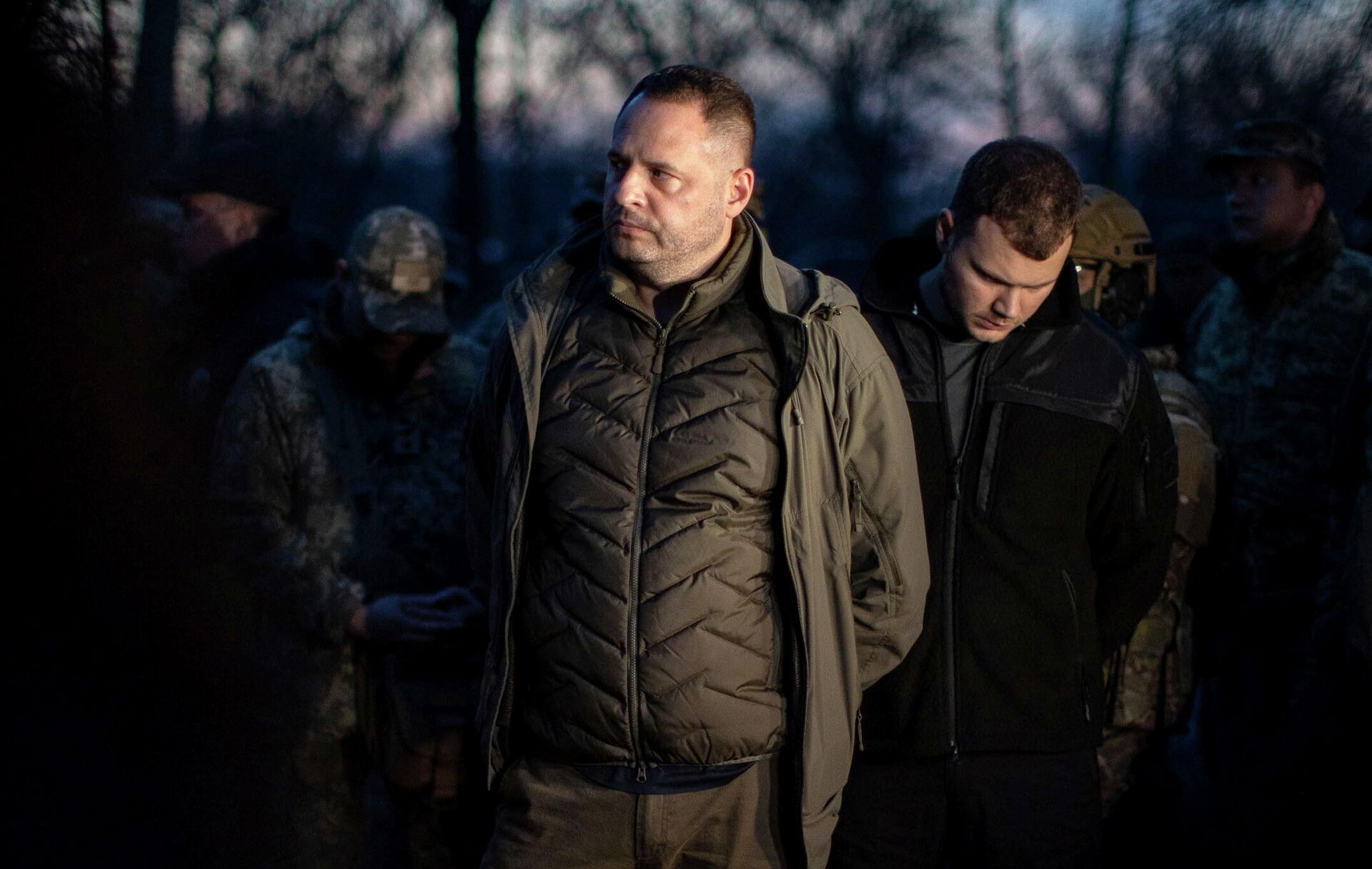 The United States should become the most important outside party to the negotiations. “I am absolutely sure that the United States, as a strategic partner of Ukraine, must and can play one of the key roles in ending the military conflict and in resolving the issue of returning Ukrainian territories,” Yermak said.

Deputy Director General of the Institute for National Strategy Alexander Kostin believes that by the sixth anniversary of the Minsk agreements, the position of the European powers has changed dramatically – they are no longer guarantors of peace agreements, but participants in the conflict. “Zelensky, with the approval of Western” partners, “launched a campaign of repression against the moderate forces in the country with a simultaneous radicalization of the approach to Donbass. Kravchuk's statements about the impossibility of reaching an agreement gave the Ukrainian military an indulgence to unleash large-scale hostilities,” the expert emphasizes.

In his opinion, “the logic of Ukraine and Western curators is understandable – to freeze the conflict and make it an instrument of pressure on Russia, a convenient opportunity to blow up the situation at any moment.” 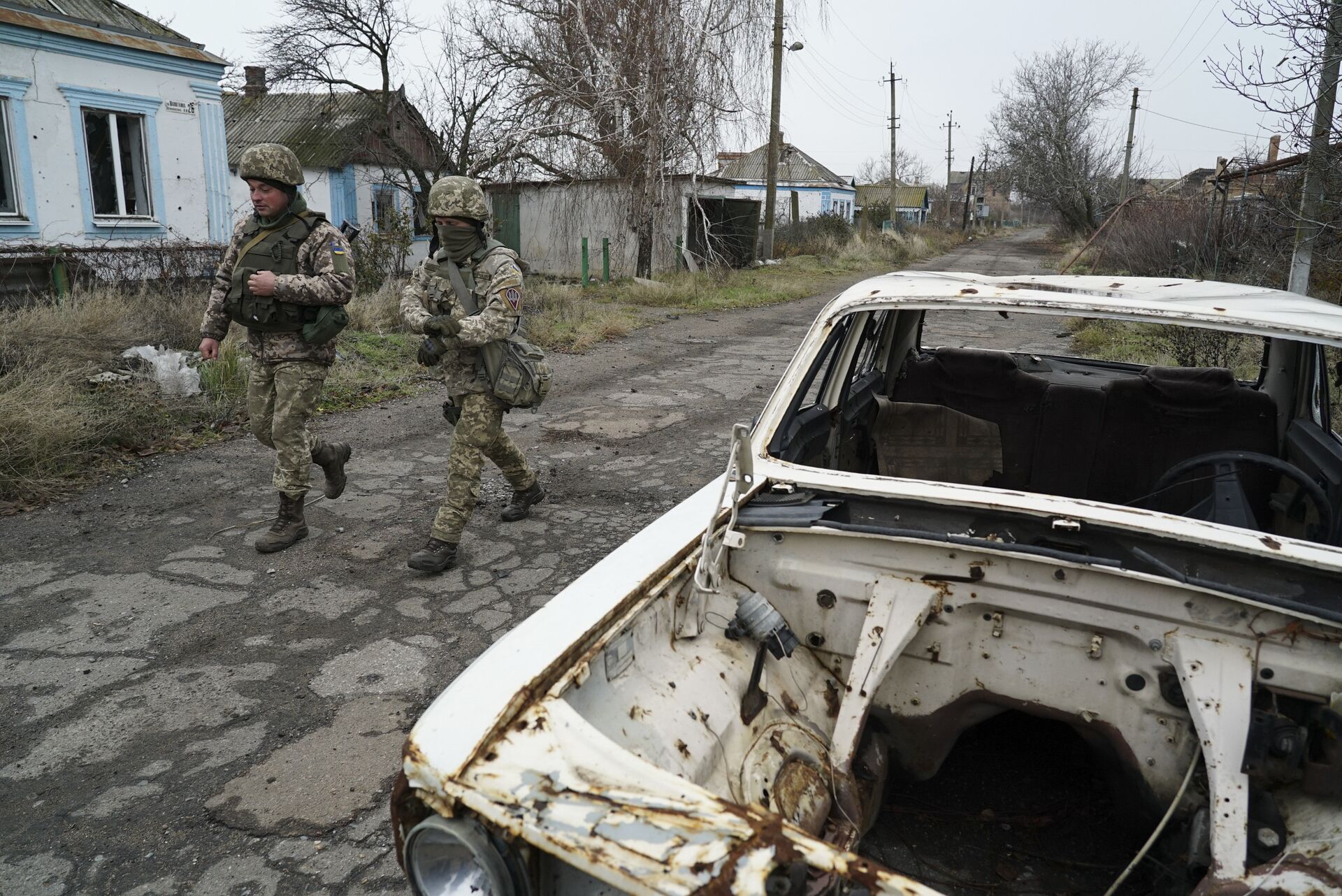 Ruslan Bortnik, director of the Ukrainian Institute of Politics, explains why Kiev is evading the political part of Minsk. “Kiev is ready to separate forces, clear mines, exchange prisoners – in a word, freeze, but not end the conflict. We are ready to promote the peace process in society, but not implement what is laid down in the agreements. Because this requires the support of the West: without it, Kiev not to cope with the national-radical part within Ukrainian politics. “

The expert believes that the authorities may benefit from the so-called Transnistrian option – when sovereignty over the rebellious territories exists only on paper. “This eliminates a disloyal electorate capable of changing the balance of power, and indeed removes many questions. For Russia, this option is unacceptable,” adds Bortnik. On the whole, due to the need to balance between the centers of power inside and outside the country, the entire negotiation process for Ukrainian politicians consists of dangerous compromises. Therefore, Kiev prefers to “play” in “Minsk-2” – this makes it possible to control public opinion in the republic.