MOSCOW, February 14 – RIA Novosti, Sofia Melnichuk. A year ago, China became the starting point for the new coronavirus. The country at the epicenter of the pandemic not only quickly coped with the challenge, but also benefited from it. While the whole world is counting losses, the PRC's economy is showing steady growth. How stable this success is, RIA Novosti figured out.

In January 2020, the coronavirus attacked rapidly. Chinese cities have declared quarantine one after another. Soon the epidemic spread to other countries – supply chains were cut off, planes did not fly, factories, shops and restaurants were closed all over the world, and experts predicted an economic collapse.

Beijing is still criticized for its slowness – the first cases of COVID-19 in the country were learned at the end of 2019, but they were in no hurry to tell the world about it. True, the Chinese themselves very quickly took control of the situation. Already in May, the authorities, in fact, announced a victory over the virus – in person they held “two sessions” in the capital: meetings of the parliament and the main advisory body of the country.

In October, almost half a billion people traveled around the country during a week-long vacation in honor of the Republic's Founding Day. And a month later, during the “bachelor day” sales marathon, the Chinese spent about $ 56 billion. 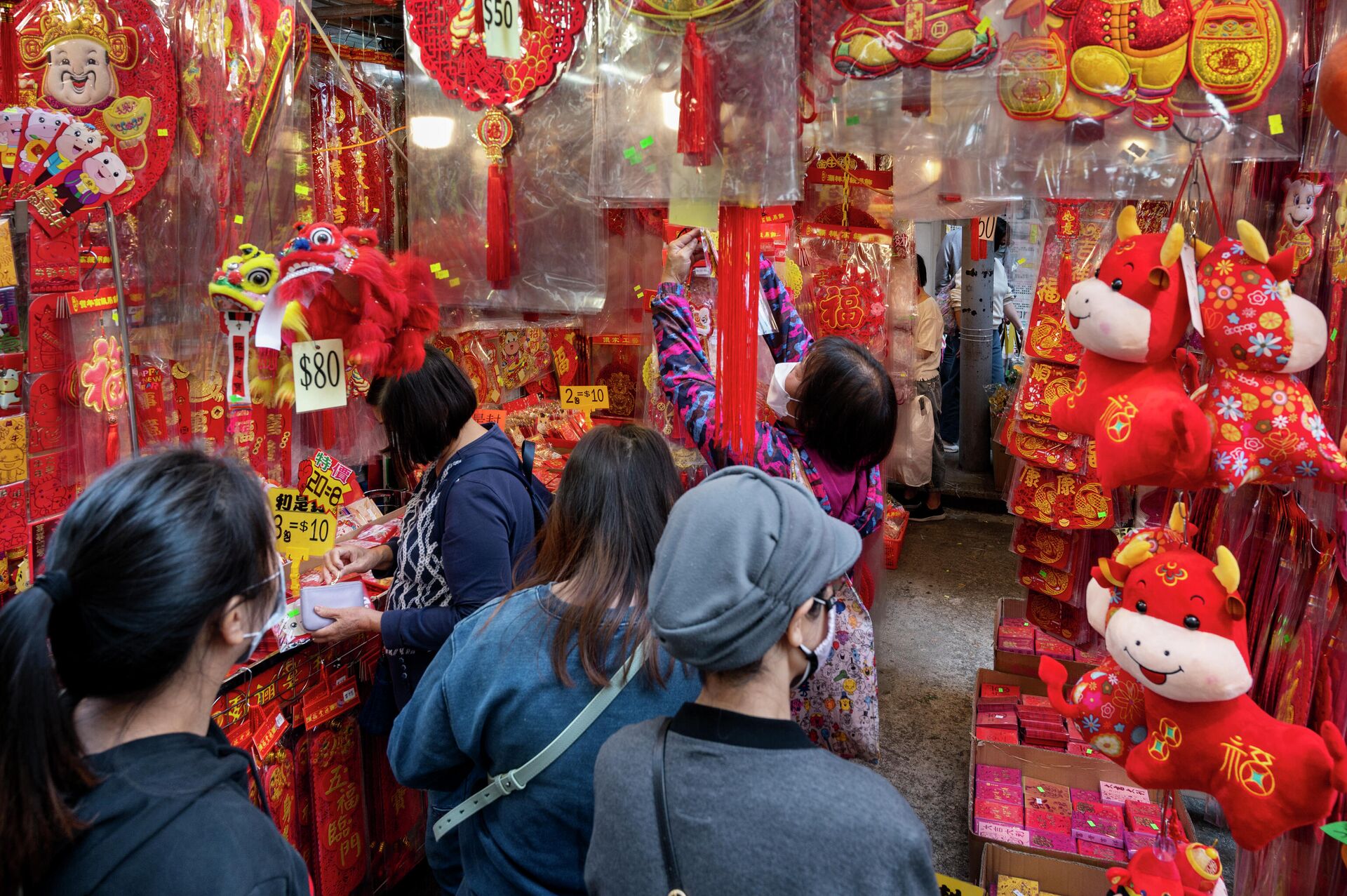 Two months later, China became the only country where the economy showed growth in 2020. The smallest since 1976 – but still growth. GDP increased by 2.3 percent, more than the International Monetary Fund had predicted (1.9 percent). In addition, the annual GDP for the first time exceeded 100 trillion yuan and amounted to 101.6 trillion (15.7 trillion dollars).

The Chinese economy has made a V-shaped “dive”: already in the second quarter of 2020, the economy bounced off the low point reached in March. Factories have taken on the huge demand for medical products and electronics for work from home. From March to December, Chinese manufacturers supplied the outside world with 224 billion masks – 40 for every inhabitant of the Earth outside the PRC. A real export boom.

“Our country quickly curbed the outbreak, quickly restarted operations and production, and quickly achieved economic growth,” said Ning Jizhe, head of the National Bureau of Statistics (NBS). The spread of the coronavirus

Faster and higher than the USA

The Chinese economy has emerged from the pandemic year in positive territory – the only one of its largest. According to experts, this means that it will continue to grow faster than others. In 2021, China's GDP is expected to increase by 8.2 percent. At this rate, the republic can catch up with the United States in terms of gross domestic product not in the mid-2030s, as analysts predicted, but earlier.

Experts from the Japanese financial holding company Nomura concluded that the coronavirus did not hit the Chinese national economy as hard as the American one, and China will catch up with the United States in 2028. And if the national currency strengthens and costs about six yuan per dollar – another two years earlier. Now, on average, they give 6.9 yuan per dollar. 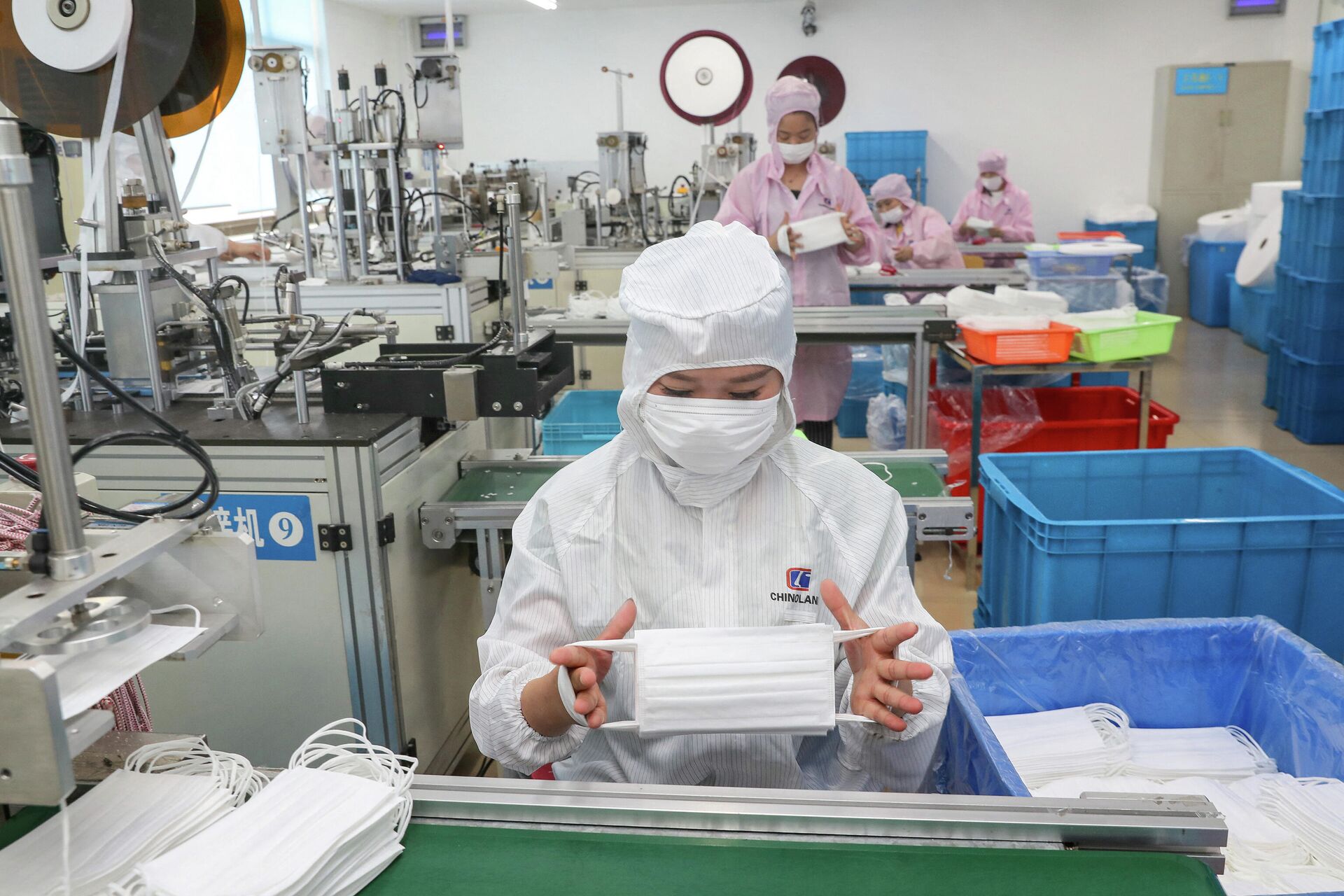 The American financial holding JP Morgan Asset Management also calculated that China will catch up with America in the next eight to ten years. Analysts at China Renaissance, a Chinese investment bank, agree.

However, such growth can hardly be called triumphant, believes Alexei Kuznetsov, acting director of the Institute of Scientific Information for Social Sciences of the Russian Academy of Sciences. “It's just that many states had low rates and went into negative territory, while China's high rates turned into low, but positive ones,” he explains. “I am sure that China will eventually overtake the United States, because the rate of growth of the Chinese economy is higher than the American one every year. in terms of purchasing power, it has long left the United States behind. “

But these factors alone cannot be taken into account. “Do not forget that there are about four times more Chinese than Americans. Therefore, in terms of GDP per capita, of course, China is far behind the United States,” the expert emphasizes. Indeed, in the United States this figure is five times higher than in China – $ 63.2 thousand versus $ 11 thousand.

In addition, economists who are concerned about the sustainability of growth are paying attention to the feature of China's success in 2020 – a recovery due to production and exports, but not domestic demand. The spread of the coronavirus

Consumption on the verge

Moreover, in recent years, Beijing has been trying to reduce its dependence on exports – cheap unskilled labor is decreasing as the country develops. The Chinese leadership has been talking about the need to stimulate domestic demand for a long time, and last year the President of the PRC reminded about this task more than once.

But so far it is not working out: domestic consumption in China is not growing, and periodic lockdowns do not contribute to this. At the end of January, the authorities have already restricted the movement of citizens around the country on the eve of the Chinese New Year. But people are in no hurry to spend money anyway. As in other countries, in the PRC, the epidemic hit the labor market.

The service sector suffered the most, mainly the restaurant and hotel business. In large cities, those who have retained their place work less, which means they receive less. It is not easy for university graduates – they immediately became unemployed. At the same time, in 2021, universities will train about 8.7 million more specialists. It is especially hard for migrant workers who come to cities from villages. There are about 290 million of them in the country – 37 percent of the working population, and about half are employed in the service sector. Last year, five million lost their seats. Lower revenues mean lower spending, and it's no surprise that Chinese retailers earned 3.9 percent less last year than they did in 2019.

Another problem is the debts of both companies and citizens. This has undermined the Chinese economy before, and the situation worsened in the first nine months of 2020. Now the People's Bank has to find a balance between support and debt load: it is difficult to repay loans given a low level of consumption.

Be that as it may, experts hope that the Chinese economy will not let down in the new year. Otherwise, everyone will be in trouble – from manufacturers of electrical equipment and computer parts to suppliers of iron ore and soybeans that depend on domestic demand. The spread of the coronavirus